We have many sailors in the country whom we look up to. But in his day Bertie Reed was one of them as he was a friendly guy, easily approachable, always one with a story, but importantly simply put his head down, and went to sea and just did it, and on most occasions did himself proud in terms of his achievements.

This is not intended as a history of Bertie, but is a well-written editorial about the man shortly after his 63 birthday, and before being inducted into the Singlehanded Hall of Fame in Newport, Rhode Island, in 2006. The occasion was organised by Gordon’s Bay Yacht Club, and was an opportunity to honour his lifetime achievements, and enable those present to ask him questions, however tough they may have been.

It’s another good read which requires no further ‘blurb’ from myself. 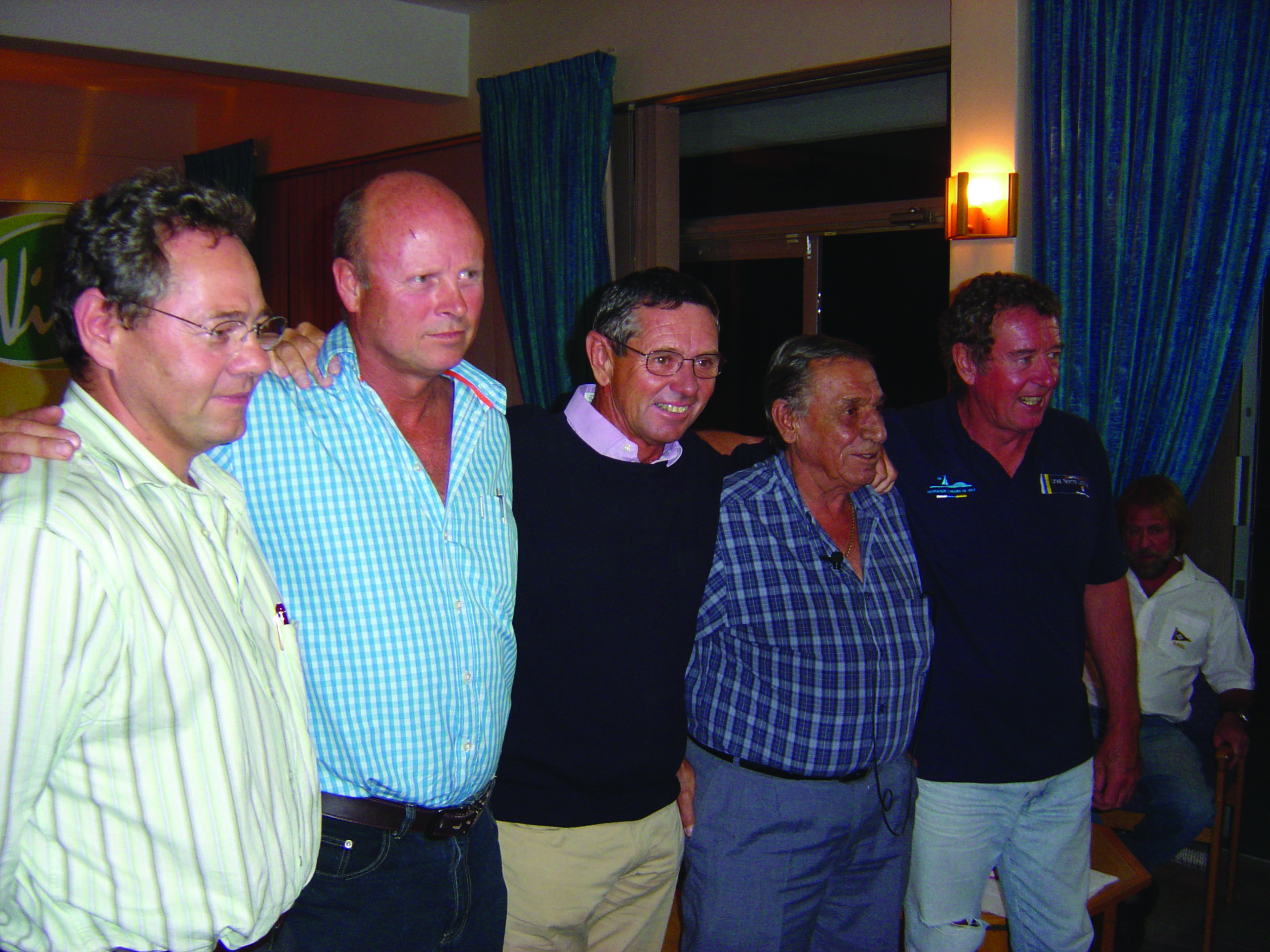 Peter Roelofze, Piet Scheepers, JJ Provoyeur, Bertie Reed and Guy Bernadin celebrate with Bertie who will be inducted into the Single-handed Hall of Fame later this month (July 2006).