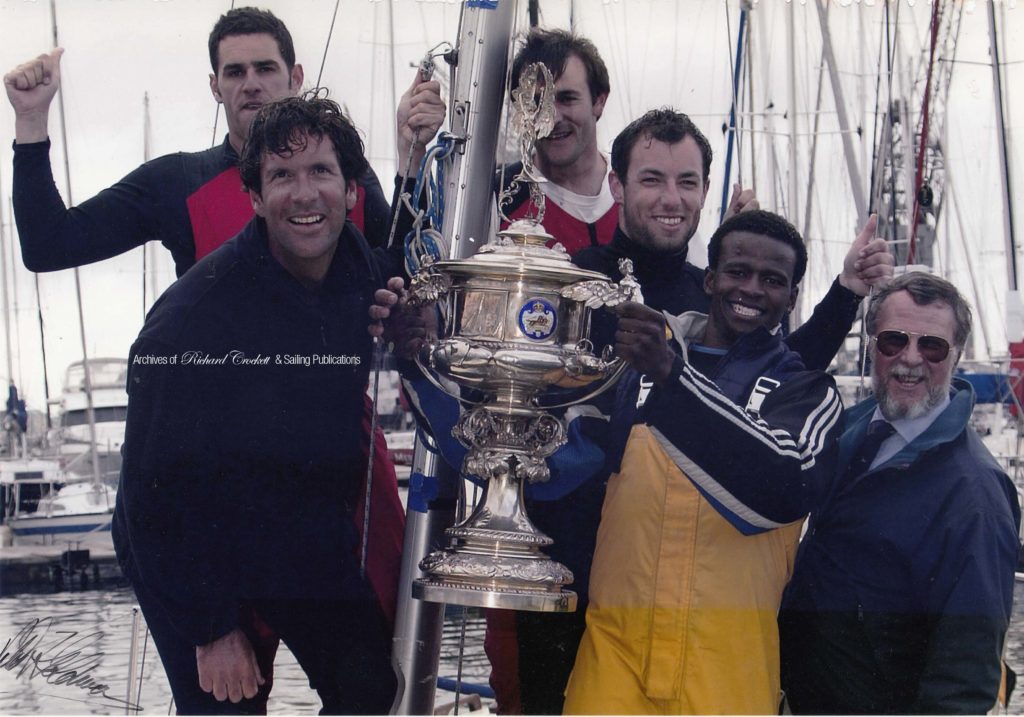 “Only a top class professional sailor of the calibre of Ian Ainslie could be so self-effacing as to say “I think my team was very good, and my boat was very good, but I don’t think I sailed particularly well. I could have been better … ” after having just won the 2002 Lipton Challenge Cup for Zeekoevlei Yacht Club in Table Bay, Cape Town, in August.

“But it was also one instance when his well-known humility failed to mask his utter exuberance at having won the fiercely contested Cup, not only for Zeekoevlei but especially for his sponsor and good friend Salvatore Sarno of MSC Shipping, who has unfailingly supported him through three successful Olympic campaigns in the Finn class, J22 world championships and last year’s Lipton challenge.”

That’s how Di Meek opened her report on the 2002 event on Table Bay.

“Looking down the fleet it was a hard fought regatta with some top teams not even making the top ten, evidence of the depth and quality of the 29 competing clubs” is how she described the competition is what was a relentlessly tough event, and what the Lipton Challenge Cup is really all about.