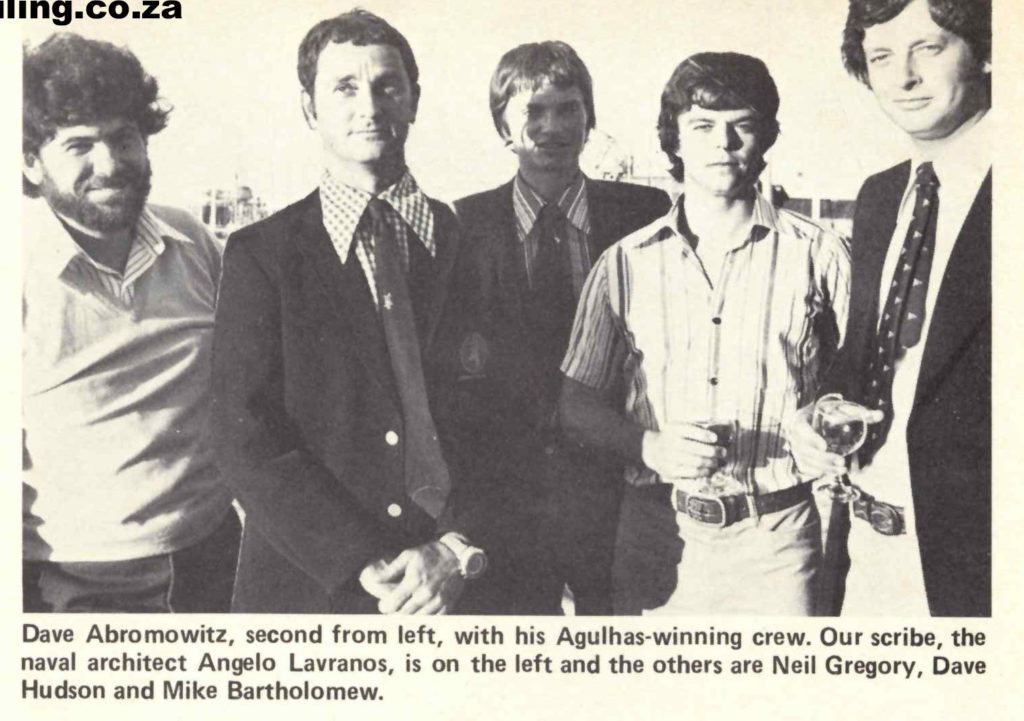 Today most yachties look down their noses at the Miura as a dog of a boat, yet back in its day it was winning Rothmans Week and now the very tough Agulhas Race too.

Talk of 29 hours of beating would put anyone off ocean racing, but this is what the crew of ‘Sundance Kid’ endured in winning the 1976 race. Going to weather is as much part of ocean racing as is downwind sailing. We all know which point of sail we prefer, but those who can sail hard at night, and especially those who can sail hard on the wind for many, many hours will win ocean races.

Who said ocean racing was tough? Most do, yet being able to take the rough with the smooth is what makes a tough passage so rewarding at the end. Try it – please!

And an Agulhas Race would not be complete without Voortrekker, which incidentally took line honours.

There was a big fleet of over 30 boats, all with stories to tell at the finish so take time to savour the two reports on the race. 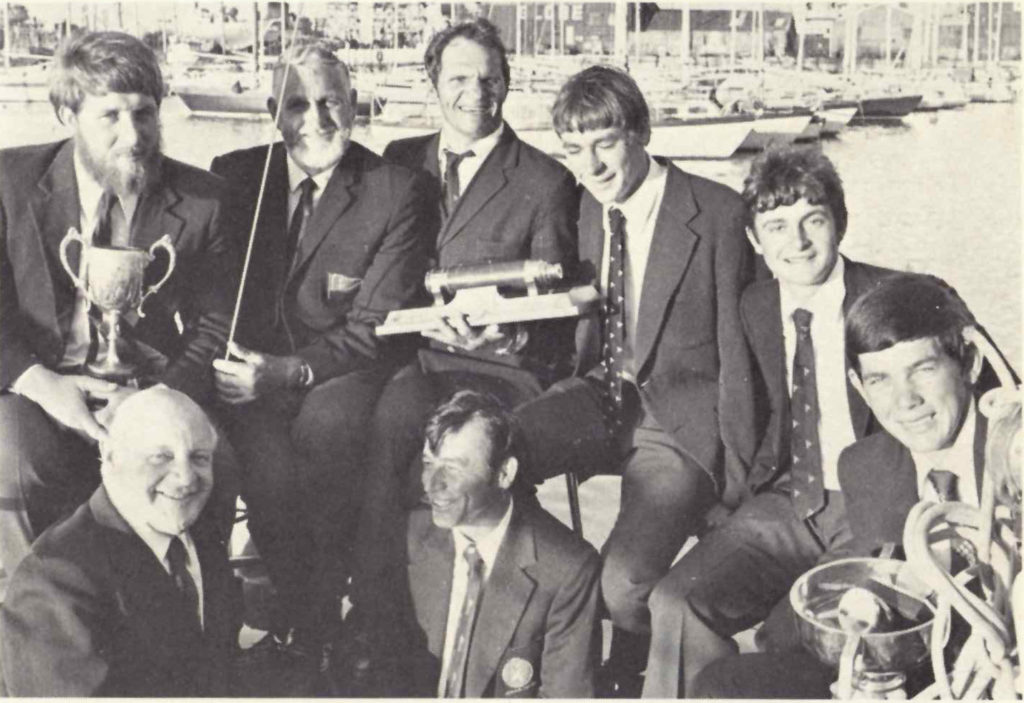 The Chief of the Navy, Admiral Johnson, left foreground, came to congratulate Voortrekker’s gutsy crew. Skipper Bert Reed is in the foreground and the others are: John Martin, Vic Edward, Alec Wrensch, Peter Lourens, Malcolm Bradford and Peter Thomas.