“Talking Sailing” From My Archives. A Second Agulhas Victory for Whitehead 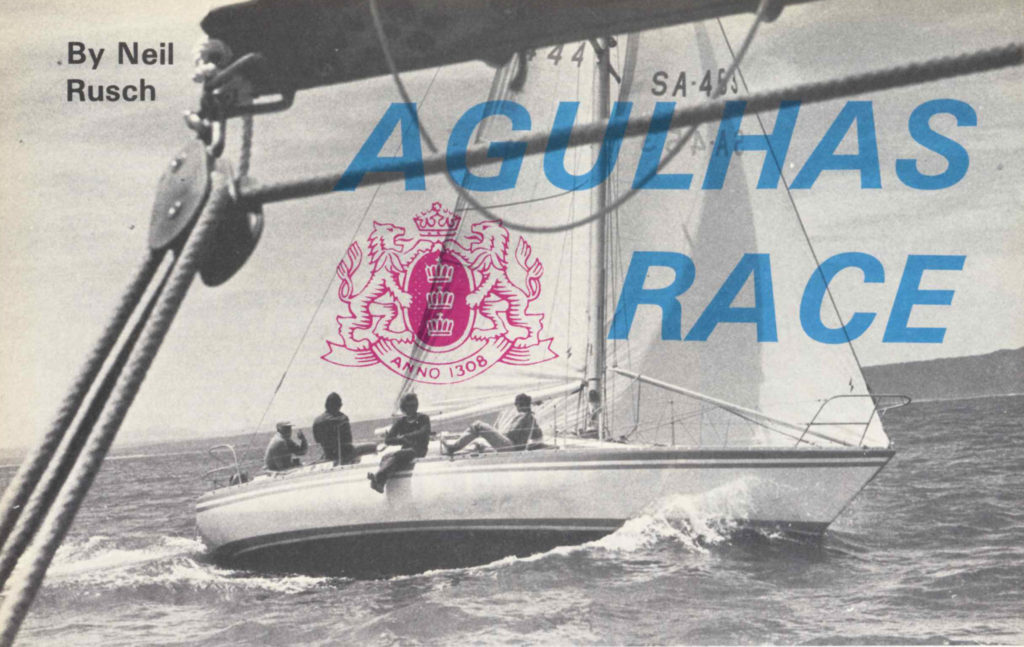 Yesterday I reported that there were some poor decisions made by the Race Committee regarding the winner of the 1978 race, but this time round Jerry Whitehead and his crew thoroughly deserved the elusive “double” victory of overall handicap and line honours wins.

34 yachts crossed the start line, and that figure would have been closer to the 40 mark had a few casualties during Rothmans Week not pulled out. As always the weather played a prominent role with the naysayers predicting doom and gloom while others were itching to get out there and tough it out.

This year’s Agulhas race with its light wind and fair weather sailing was unlike previous heavy weather epics – unusual but welcome.