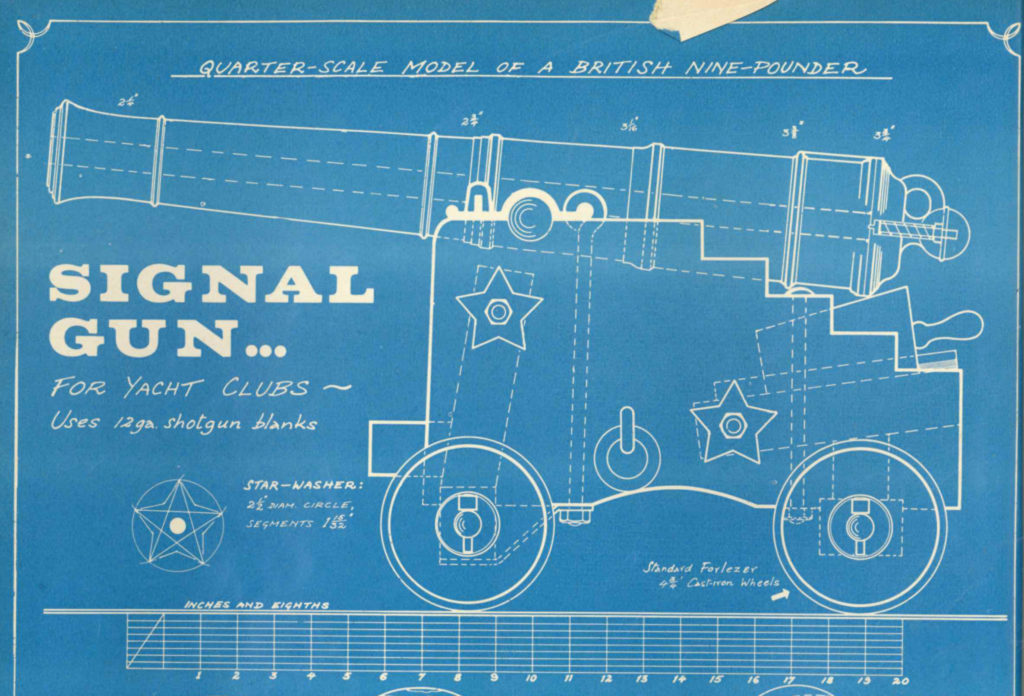 Apologies up front, but this piece from the March 1965 issue of SA Yachting tickled my fancy so much that I simply had to share it.

Yes I know, the mother-grundies will be aghast, as will other lobby groups, but remember, I am just reminiscing from my archives.

I can imagine a handy type at a yacht club building a pair of these, and the police, riot squad, bomb squad, all other branches of “security” and the men in long white coats all descending, sirens blaring, on the club soon after the first firing! It paints a glorious picture – which were I a cartoonist, I would sketch in double quick time so vivid is that scene in my mind.

So back to the featured article – here are the opening paragraphs which bring some justification to my madness:

Yachting is one of the things human beings don’t have to do to keep alive – like growing wheat, catching fish and so on. We do it for pleasure, and out of respect for what it means and for its associations. Yacht racing is full of these somewhat artificial traditions which are there to make the game more difficult, colourful and, therefore, rewarding.

One of the oldest traditions of yacht racing is the starting gun. It is an effective tool for the job, but of course its real associations go back to the time when ships went out to sea and, with their guns, kept the enemy at bay and the national honour high.

It is one of the most fundamental symbols in the practice of ship and small boat handling.

So there we have it!