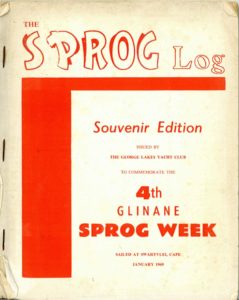 To round off this series of “Sprog Logs” is the souvenir edition of the 4th Sprog Glinane Week held at Swartvlei in 1969. A heading which caught my attention was this: Where Have All the Winners Gone?

It is an interesting, though sad, fact that very few of the past Sprog Champions are still racing in the class, possibly because ambition dictates that successful skippers should get into International classes, especially if they have ideas of sailing overseas. It is sad that the Sprog overseas has not advanced as has the boat in this country and in England, if anyone has ever heard of it, they are usually plain rude.

The boats in England have remained rather like our·heavier originals and are not the sparkling little·creatures we enjoy in S. Africa. Maybe that is how the British like their boats. 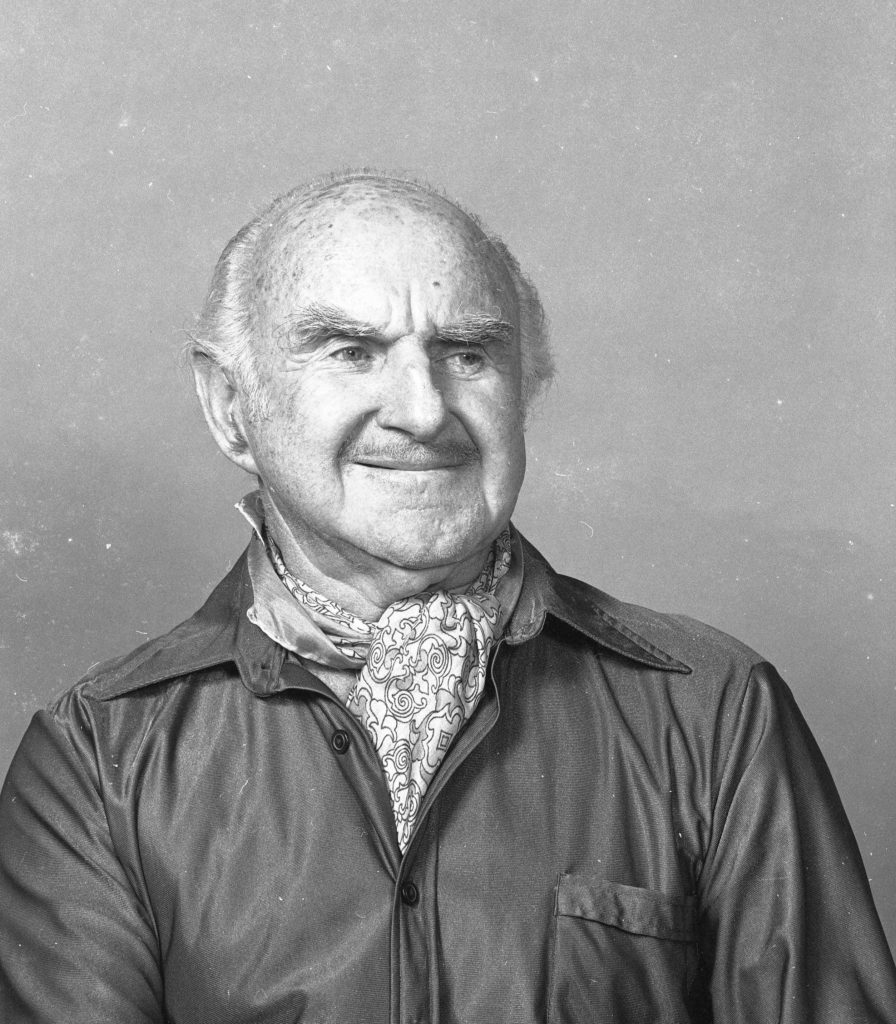 Steve Glinane, the benefactor of this event.
I took this portrait of Steve as a photography student way back in the late ’70s.
pic by Richard Crockett

If you look at the National winners, many have been lost to us to the Dutchman class; Gerhard Koper, Brian Metcalf, Helmut Stauch and Eric Bongers all went off to do so well in that class, to be winners, in fact. Add to this formidable list the other Springbok helmsmen, Herbert McWilliams, Bruce McCurrach and John Sully. Why he I am happy to say was behind old “Mum” in the first Glinane. You will probably say he was not trying and that anyhow his boat was called “Stupid” but look what Cicily Harris has done with the same boat! Eric Vos is now an FD skipper too and Alan Scott had a go at this class before being lost to sailing. Can we claim Gordon Burnwood?

I would like to do so. And then there is Jack Koper who went FD before designing his own “Tempo”. Herbert had the same disease – Billy-0, Winger, Extra and now the Ultra, though his heart seems to belong to the Extra who I now hear has now stolen Stan Midlane. Nikkie Korving is still with us but for how long?

I read something about 505; and Colin Foster seems to have other things to do. Of the Rhodesian winners Chris Bevan is now in the U K sailing International 14s and Peter Morgenrood is with FDs as is his Dad another former Sprog Champion. This leaves us with Mr Mc L. Thomas who is happily teaching his family to sail in an Andy so I am told so maybe we shall have another generation of Champions one day. And Michael Kay; he at least sailed my Sprog one day in Knysna.

Of the Glinane winners Ken Liddiard is the successful skipper of deep keelers in Durban a far cry from the skinny little boy I remember who came from Rhodesia and crewed for his Dad. So we are left with Warwick Stevens. I hope he at least stays with us for many years to come.