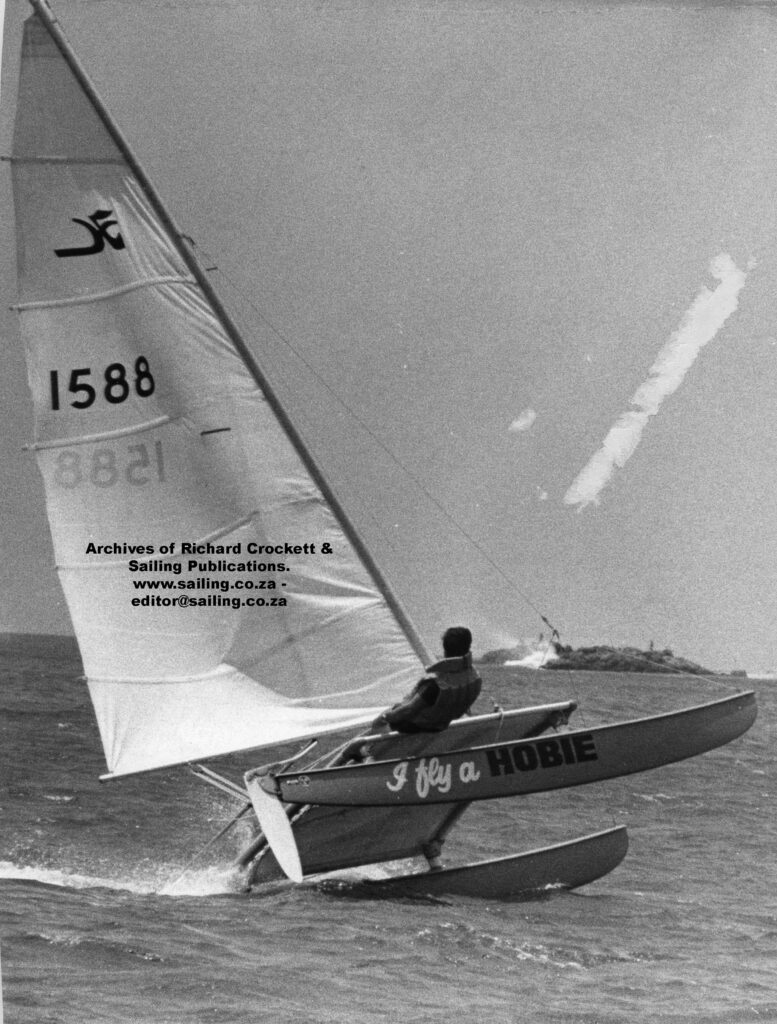 From what my archives tell me, this was the very first Hobie Nationals in the country. And important they were as the outcome of the series would be the selection of three skippers to represent South Africa in the International Hobie Cat Championship in Hawaii in January 1973. The fortunate winner would have all his expenses paid, while the runner-up and third position man would receive substantial cheques toward their expenses. So there was lots at stake.

Of interest is the fact that all the photos used in the report are still in my archives, so these and other are reproduced with this feature, as are two magazine covers depicting the Hobie in its early days. 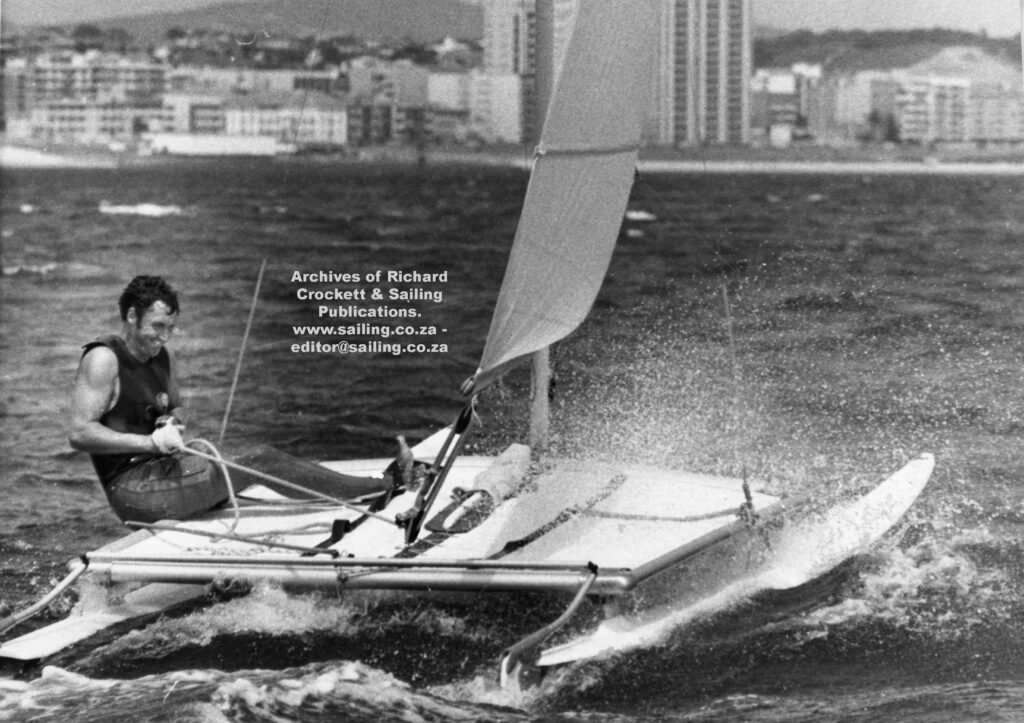 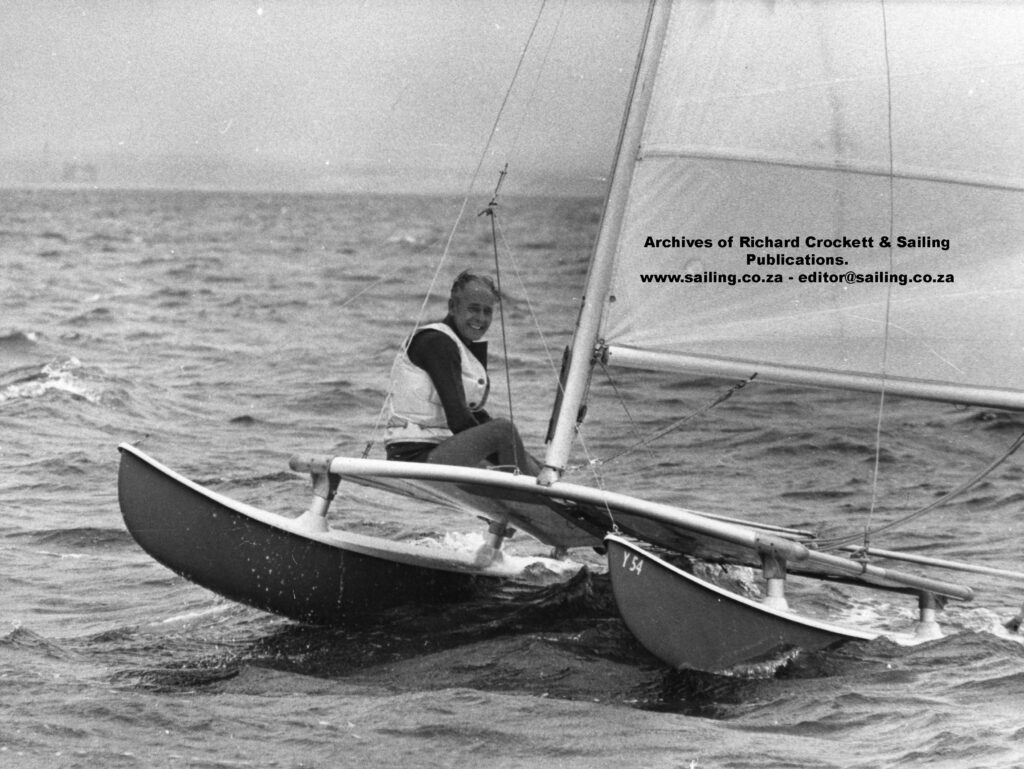 Bill Prince, father of Terry and Ralph Prince, all from East London. 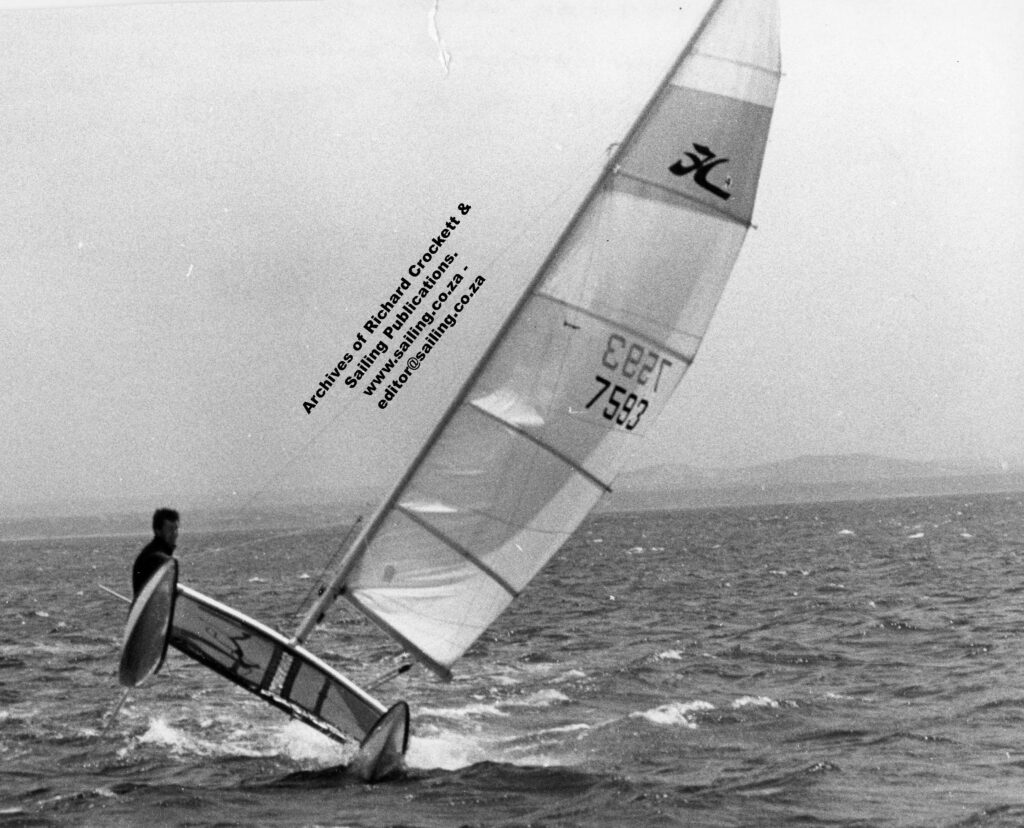 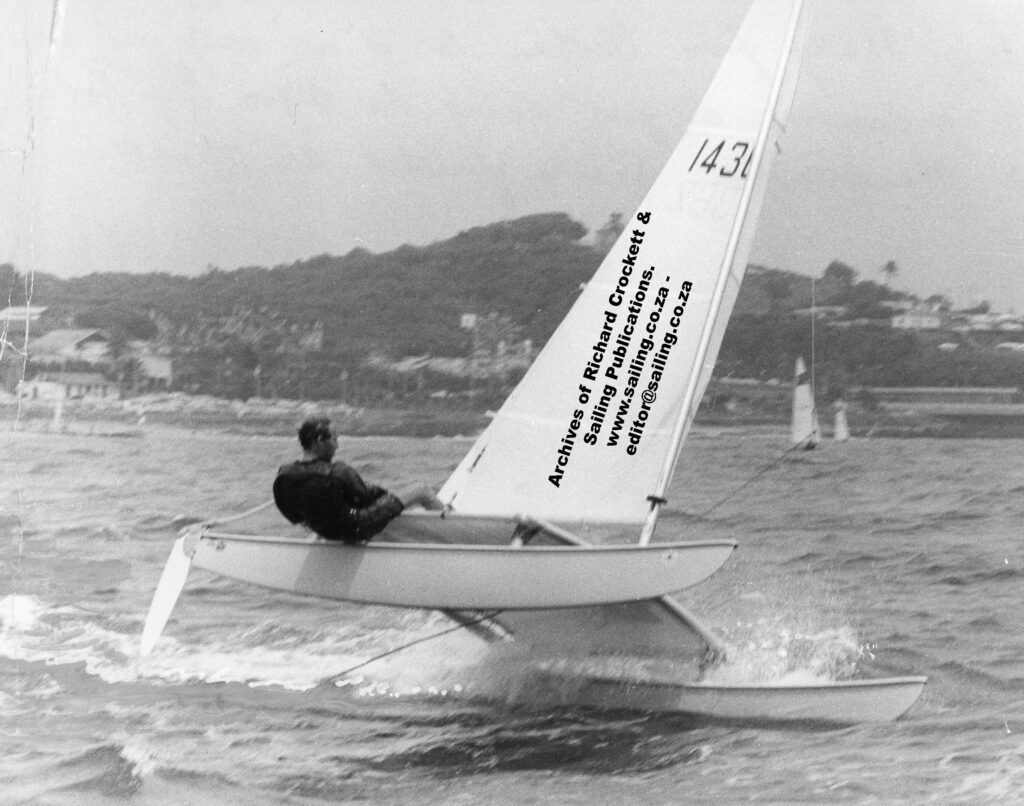 Peter Shelly from Durban lets it all hang out as he encounters a gust during the Algoa Bay Hobie 14 Championships. Shelly finished 4th overall. 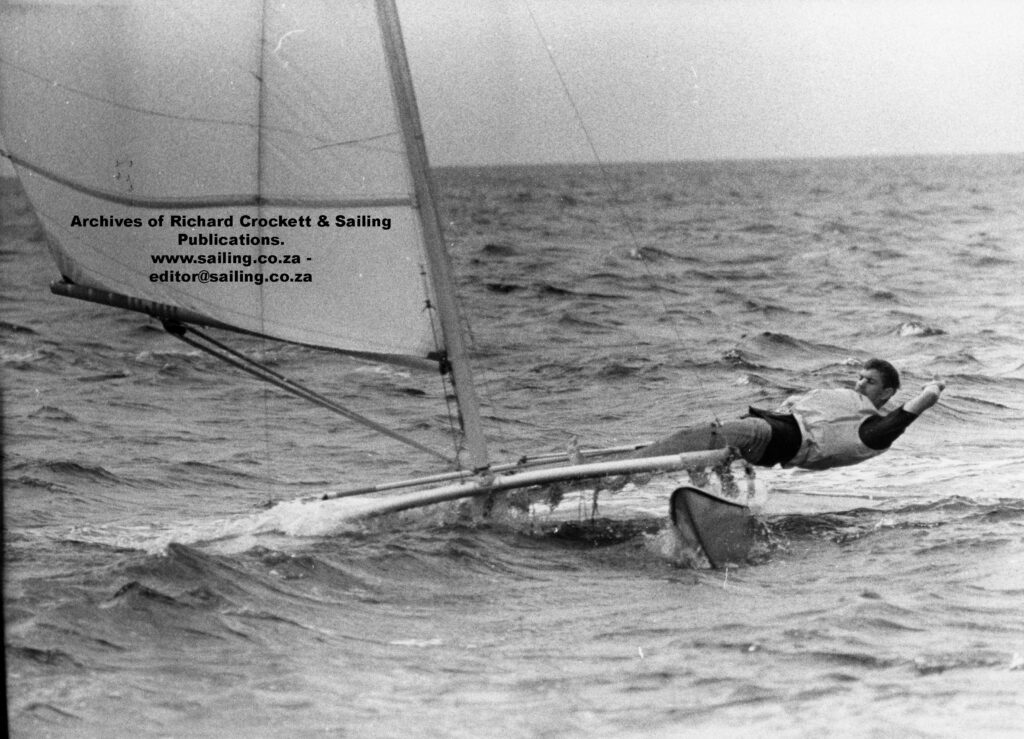 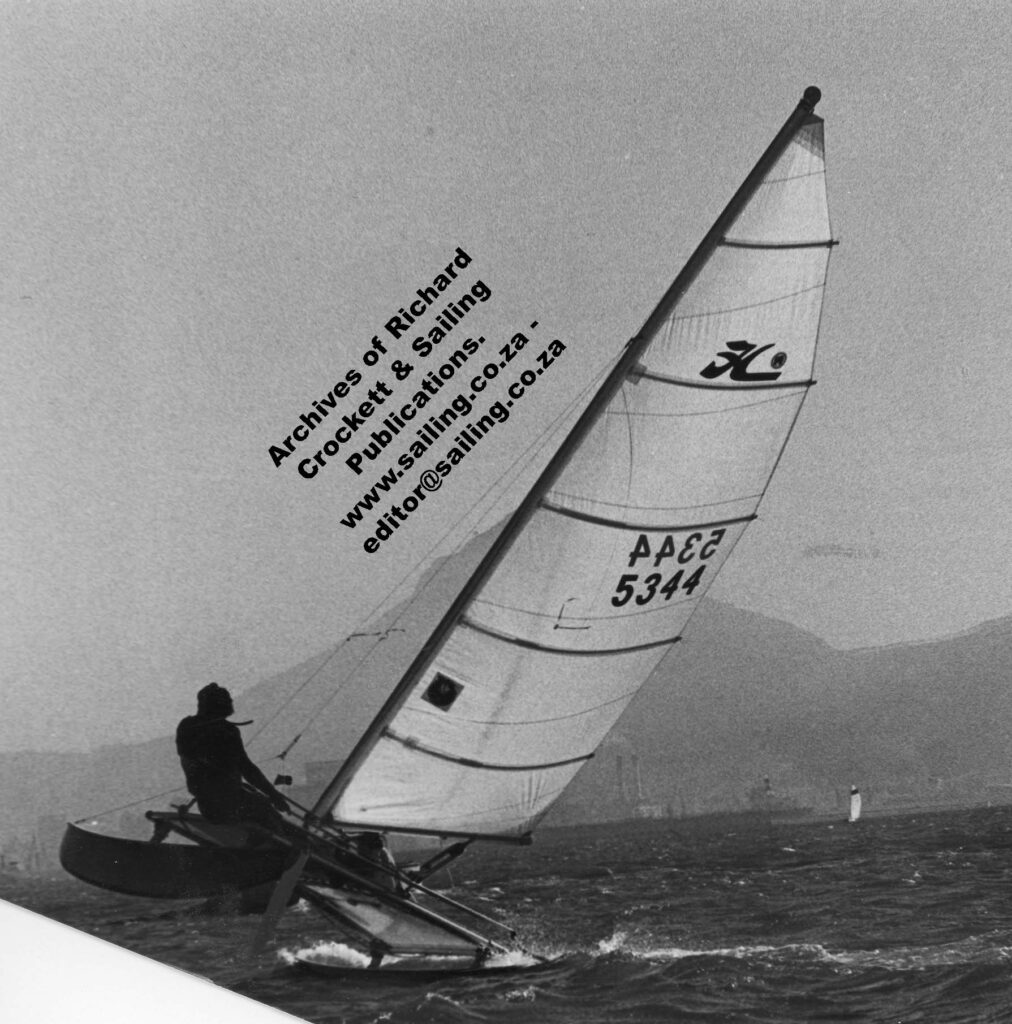 Mike Cormac shot to the front at the start and led the cats, including Thai Fours, right round the course until the last few seconds. 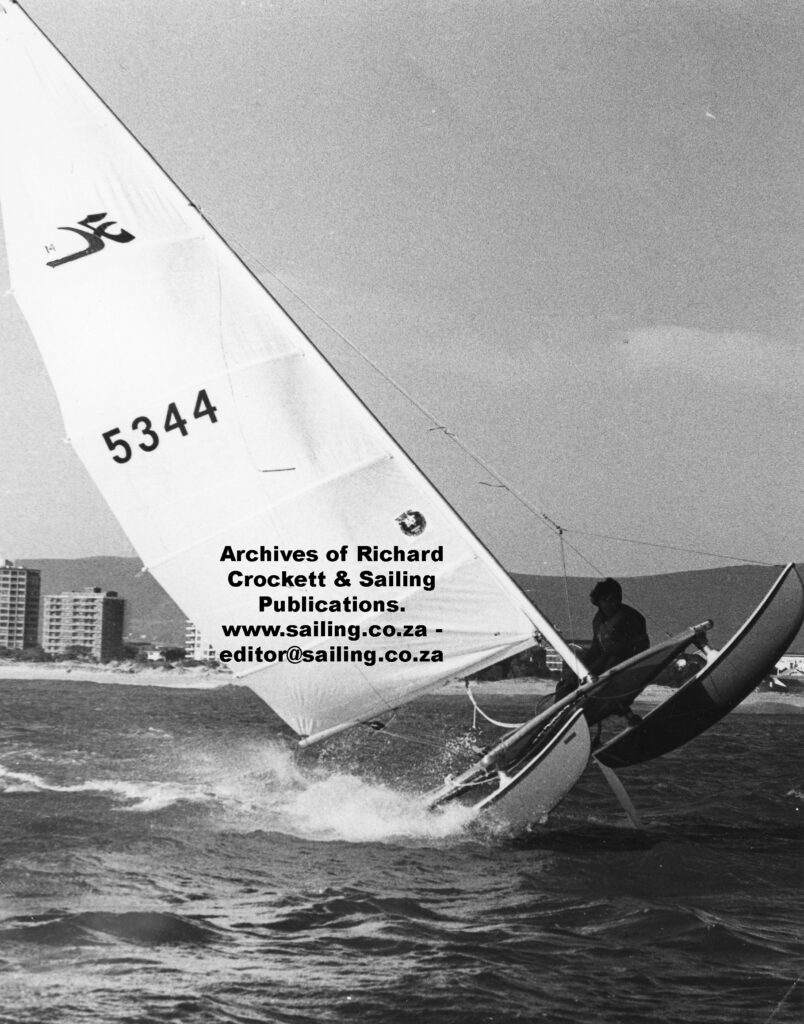 Mike Cormac at full bore in the lead on a fast reach. 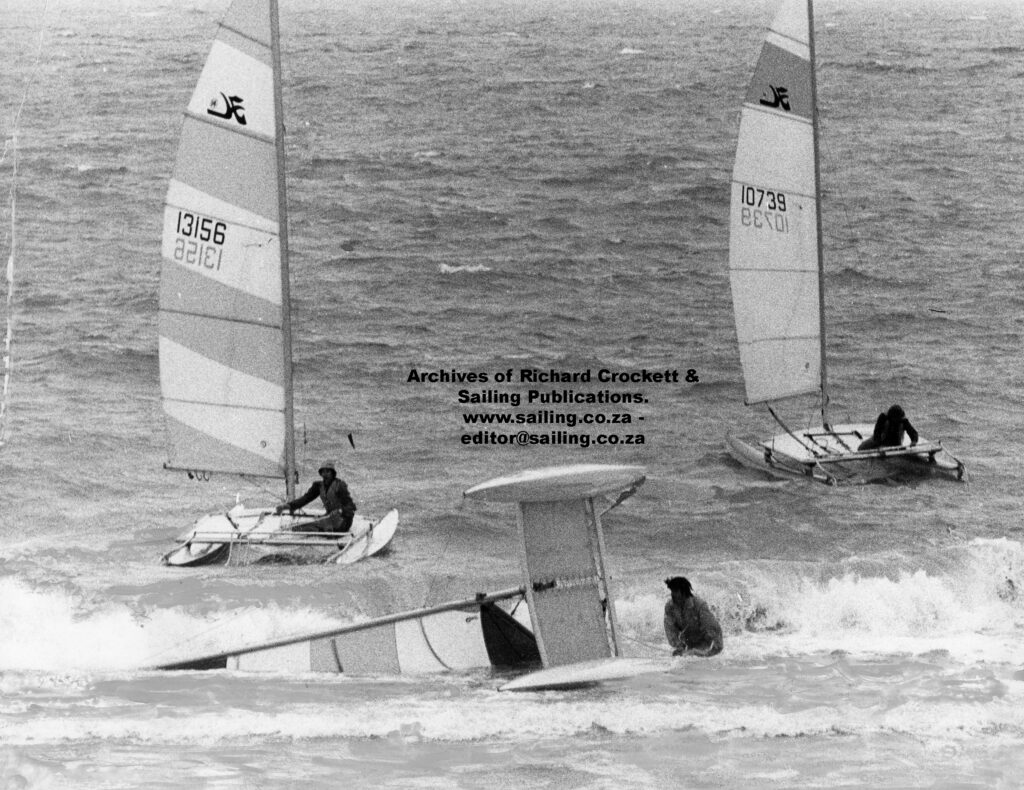 Geoff Stevens struggles to control his Hobie 14 after capsizing whilst launching in the nasty surf and sidewash set up by the strong South Easter. Ron Duckworth and Jacques Nel head out to sea after successfully negotiating the surf. 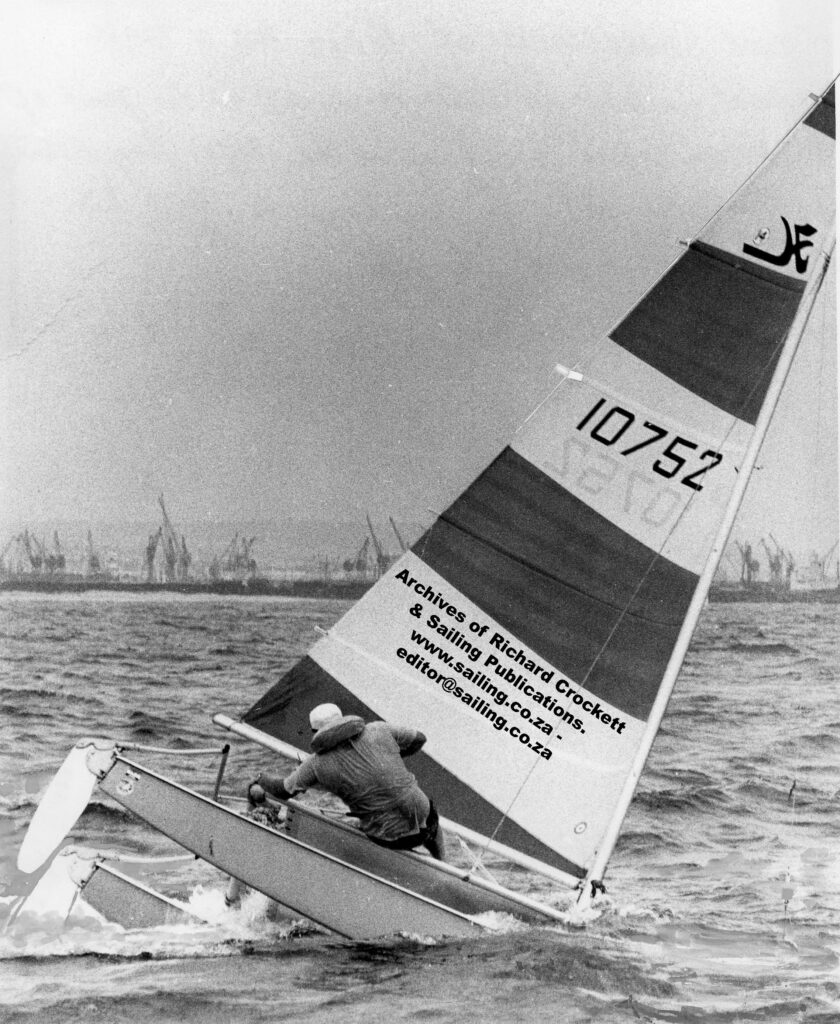 Trevor Gelderbloem of PEBYC has a tense moment while his Hobie 14 hovers at the point of no return before capsizing in yhe Algoa Bay Hobie 14 championships. 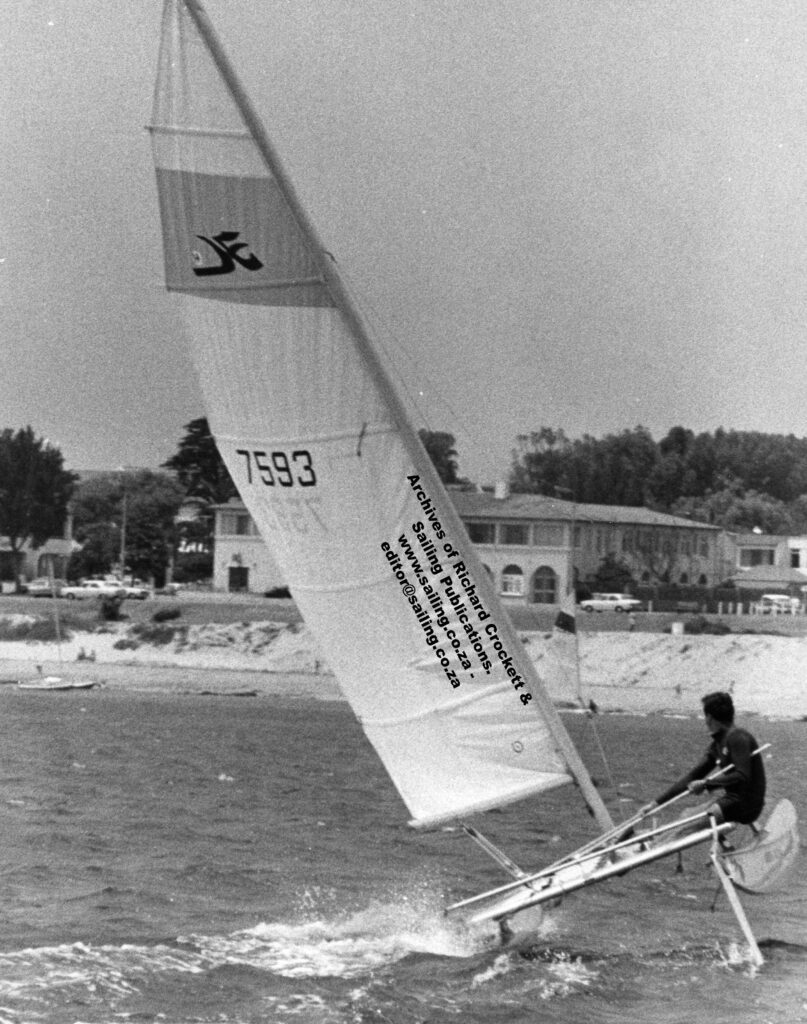 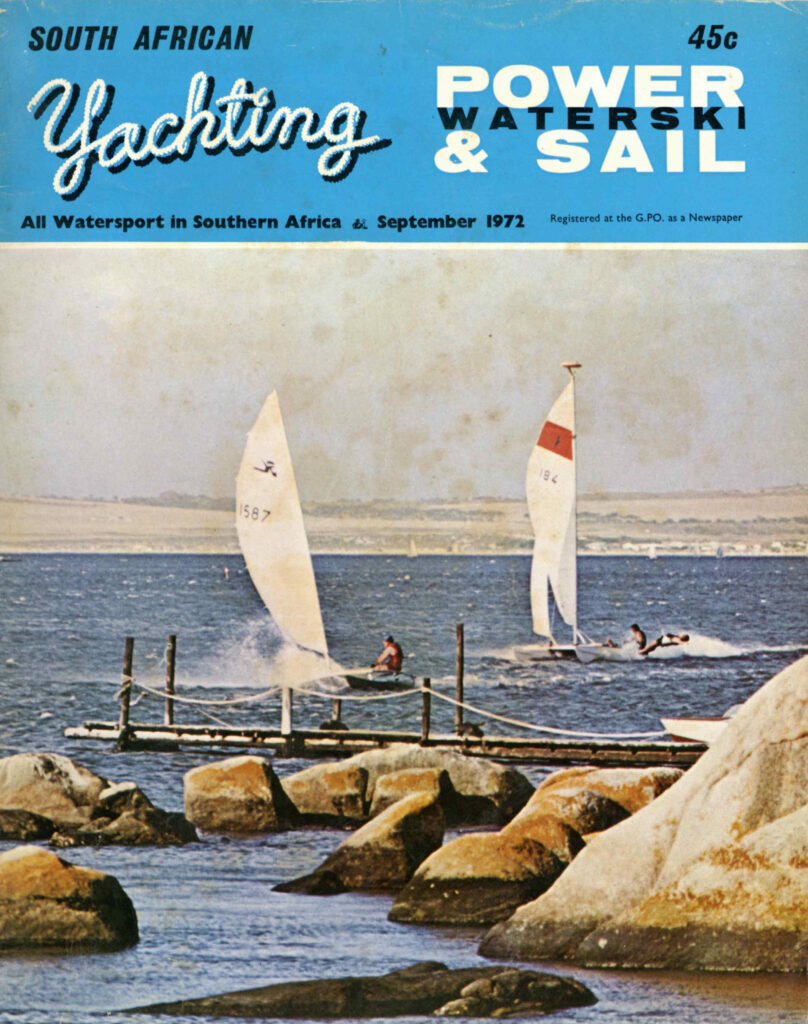 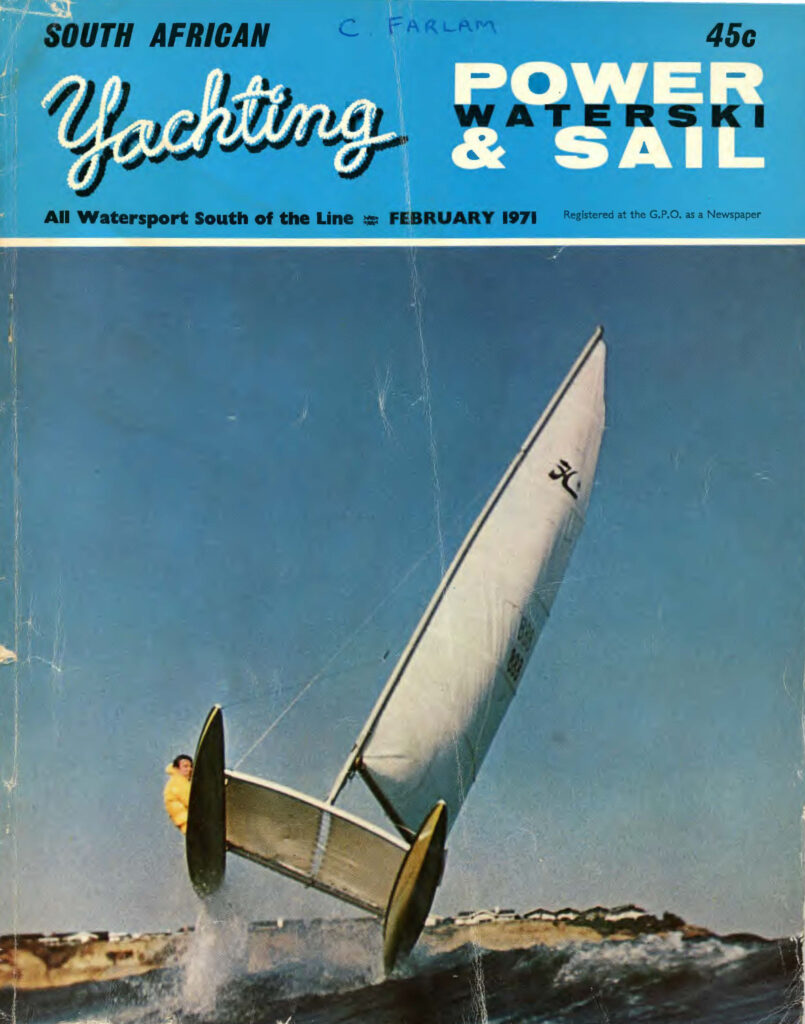 A Hobie Cat in action, showing just why these astonishing little multihulls may bring about a new watersport – Surf-catting. Cape Town surfboard and glassfibre manufacturer, John Whitmore, recently got the franchise to build these 14-footers in South Africa. Already they are making a big splash on our beaches.