“Talking Sailing” From My Archives. 2011 Won on A Tie-break 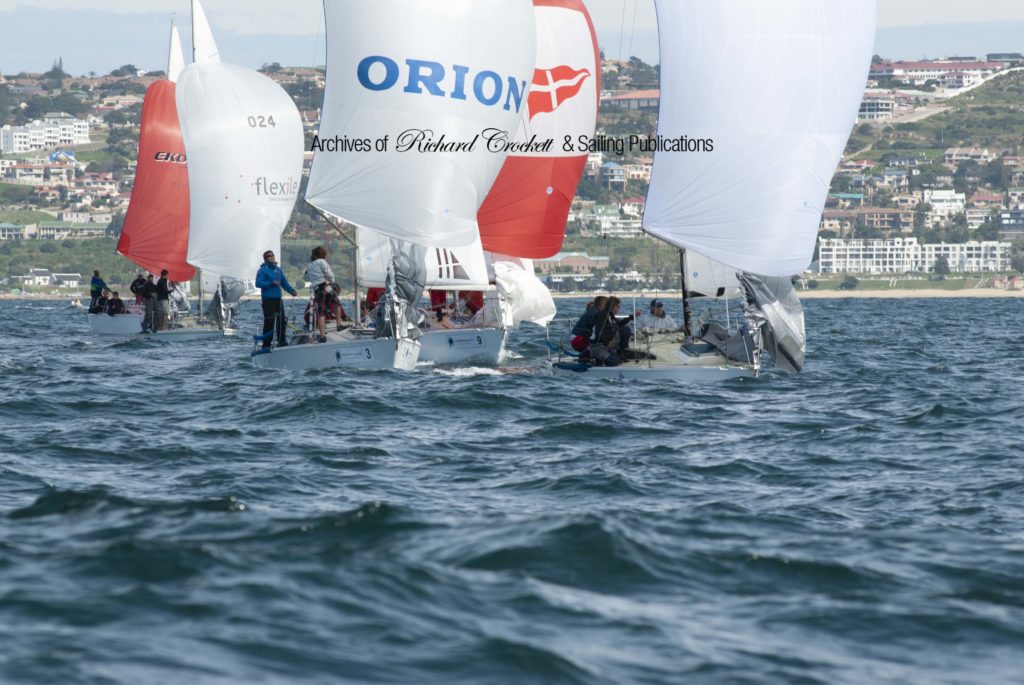 The headline is a little misleading and was correct at the time of writing, although a few years later the results were altered after the winning boat Retired After Finishing. Let’s rather leave it at that than report on that whole sordid mess.

So in fact the Knysna Yacht Club won the 2011 Lipton Challenge Cup.

When the Knysna Yacht Club won the event last year and chose Mossel Bay as the waters on which to defend the Cup, it was generally agreed that the 2011 event would level the playing fields and bring teams outside of the Western Cape into contention again. The reason for this is that those who know Table Bay well, thrive during the Lipton Cup, while those who don’t are at a disadvantage.

Who will forget that PYC won the first race, and that there was a different winner of each of the first five races, with PYC winning the f nal race too. And what a popular winner Ewald Sternagel and his TYC crew were in the fifth race.

And, as usual, consistency was important.

For the sake of clarity, and the historical record, the FINAL REVISED results are published HERE:  Lipton 2011 Overall Results AMENDED