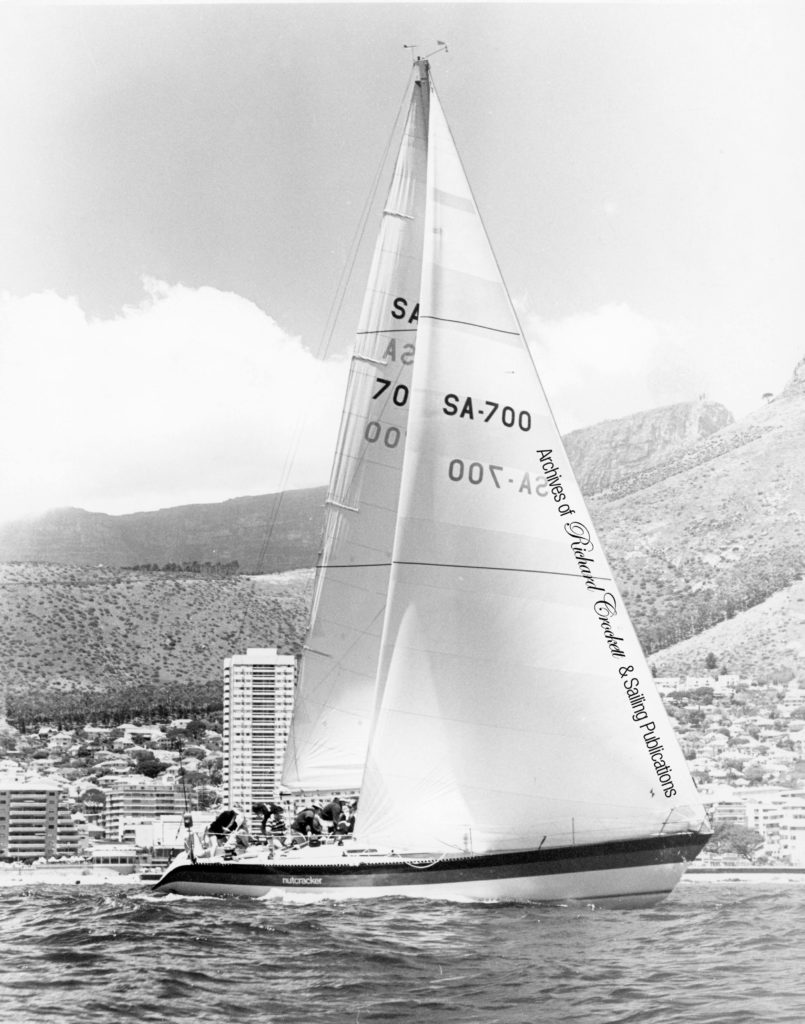 Dieter Mielke and her Nutcracker crew were regulars on the podium.

When archiving old magazines it’s always fascinating to be reminded as to what was happening “back in the day”!

Who would have guessed that 40 years ago Angelo Lavranos designed two almost identical IOR two-tonner sisterships – Dieter Mielke’s ‘Nutcracker’ in aluminium and Neil Bailey’s ‘Sensation’ in a cold-moulded construction.

Both were campaigned hard and were generally on the podium when raced.

Sadly ‘Sensation” was wrecked when she ran aground off the KZN Wild Coast during the 1984 Vasco da Gama Race – so her life was a short one. 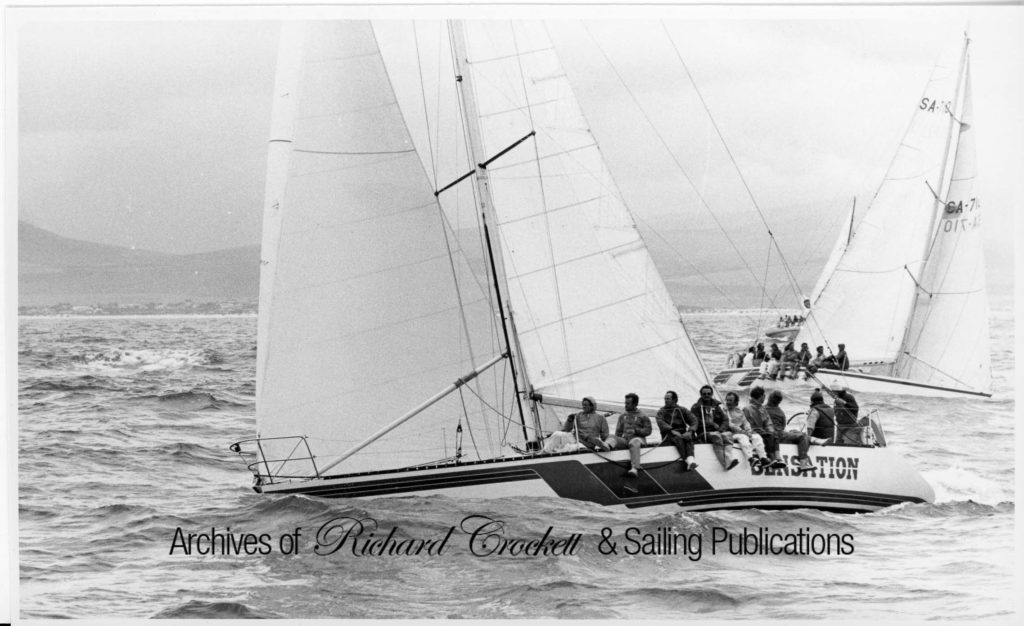 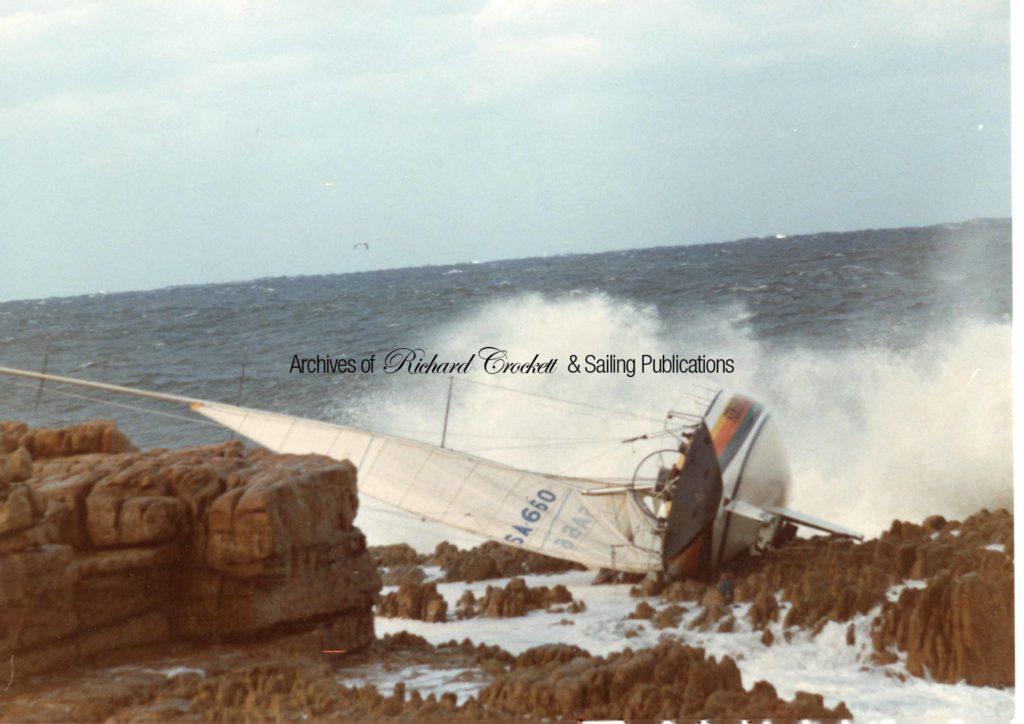 A sorry sight is Sensation after running aground during the massive 1984 Vasco da Gama Race storm.