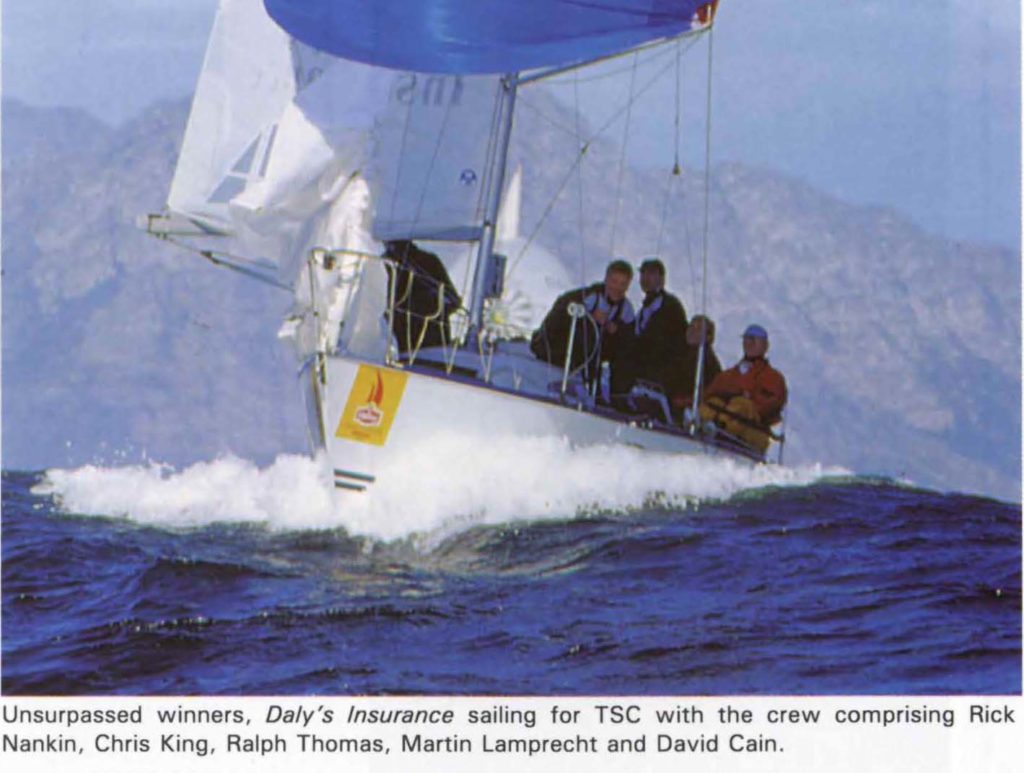 The reports in the magazines don’t really highlight or enforce any specific aspect of this regatta amongst the winners, but what it did thanks to an editorial by Ian Ainslie in SA Yachting Magazine, entitled “Roll-Call of New Hope”, showed that there were a good number of up-and-coming youngsters waiting to make their mark on the event.

It did also show yet again, that consistency counts massively if one wants to win the Lipton Cup. King & Nankin won just two races compared to the three of Ian Ainslie, yet still managed to win by a single point.

Something I have not calculated before is how important the no discard aspect of this regatta is. Had there been a discard in play, Ainslie and his development team would have taken the cup!

This just shows that the Lipton Cup is no “gimmee” event, and rather one in which victory is hard-fought and well deserved once the final tally is made.