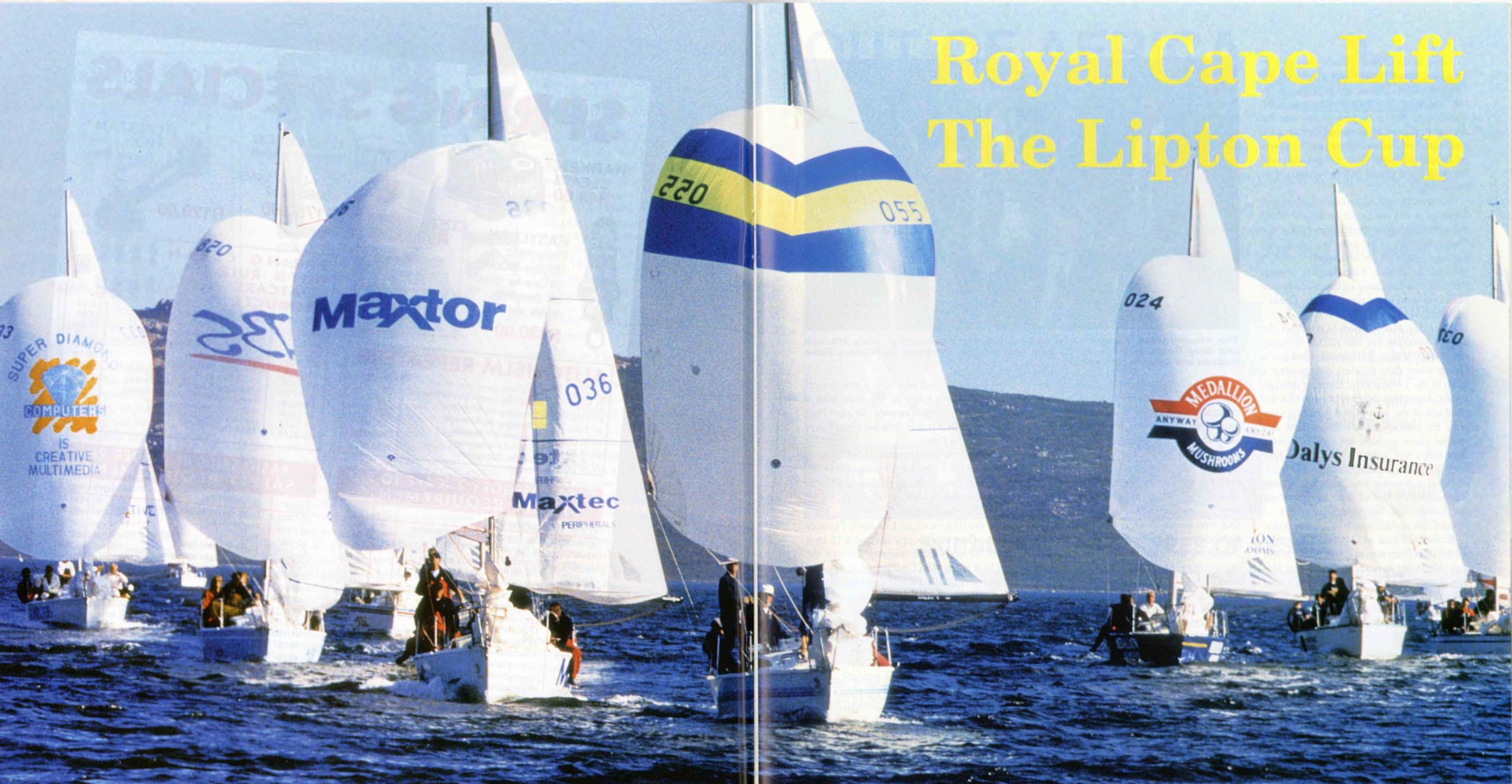 The previous two Lipton Challenge Cups in Saldanha Bay saw some good close sailing, but also many protests and “niggles”. This year was little different, other than a general consensus of opinion was that it was the best event for some years. This is how SAILING Mags scribe, Alex Petersen described it:

“The best Lipton Cup regatta in a good while”, was the widespread feeling about the 1995 event held from Club Mykonos at Langebaan Lagoon.

“The vibe was good, and the weather surprisingly just right, although the rain squalls encountered on the way to the first Saturday’s racing wasn’t exactly promising, sunshine and westerlies came through for most of the event, and clearly westerlies provided the best racing conditions for the venue, offering shifting breezes in a 10 to 15 knot range.

“It was indeed a fine regatta, where the positions of the leaders changed almost with the tides – always a factor to be watched at Langebaan, leading through to a nail-biting finish.”

So for those competing at the same venue in August this year, westerly winds are what is required for a good event!

Close racing is what a great regatta is all about, and going into the final day there were just 5, 75 points separating the first four boats, with Royal Cape leading with 102, East London at 99,5, Zeekoe Vlei 98, and Algoa Bay with 96,25.

“The regatta was still very open, and the start-line for the final race was understandably tense.

“In the light southerly winds it was none of the top contenders but Hout Bay’s ‘Maxtec Peripherals’, skippered by Jannie Reuvers, which took the final race, the extensive training the Hout Bay team had put in finally paying off, with Algoa Bay second and Royal Cape’s ‘MBS Challenger’ with the third they needed to clinch the overall points lead. 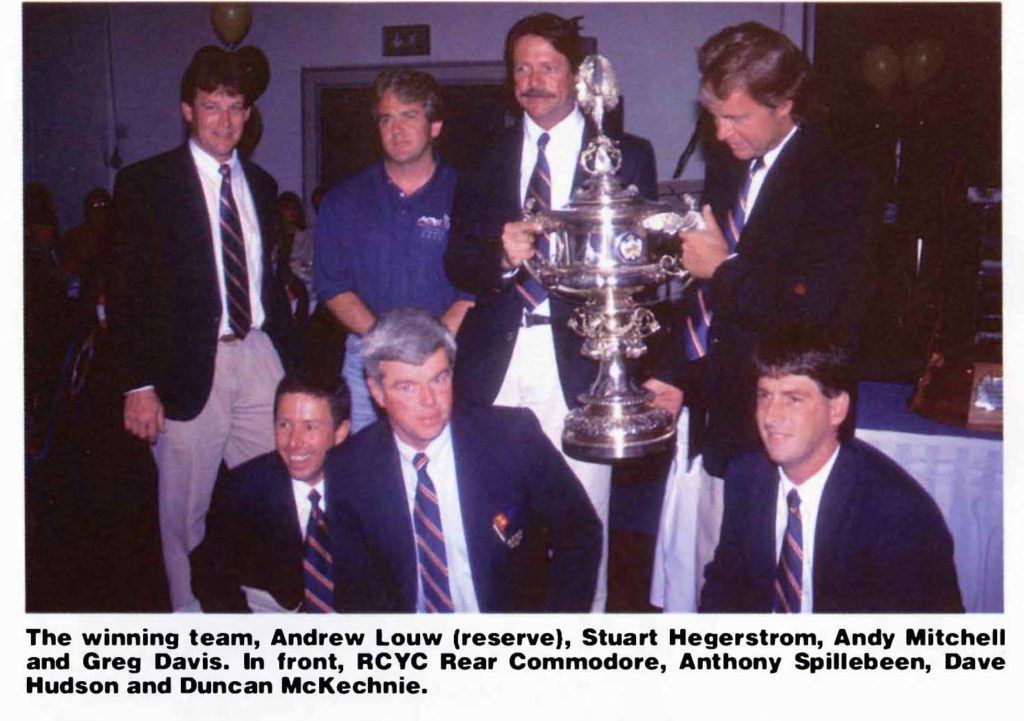 “It was all over bar the shouting. The shouting in fact did change the results, but not for ‘MBS Challenger’, when a niggly protest that Dave Hudson, as the owner of another boat sailed in the regatta, needed written permission to sail on ‘MBS’ was declared invalid.

“Co-skippers Greg Davis and Dave Hudson were clearly jubilant with their success. Davis has previously won the event sailing for Hout Bay, but for Hudson, whose skill on the helm was a decisive factor in the Royal Cape win, it was a sweet first-time Lipton victory.”

Yesterday I mentioned the 20% penalty applied for a rule infringement on the water. That was replaced for this series with a 720 turn penalty! The rules are now quite explicit as infringing a sailing rule on the water is an automatic DSQ! The event has become tougher, and probably better for it.

This concludes the three race mini-feature on Lipton Cup racing in Saldanha Bay between 1993 and 1995.