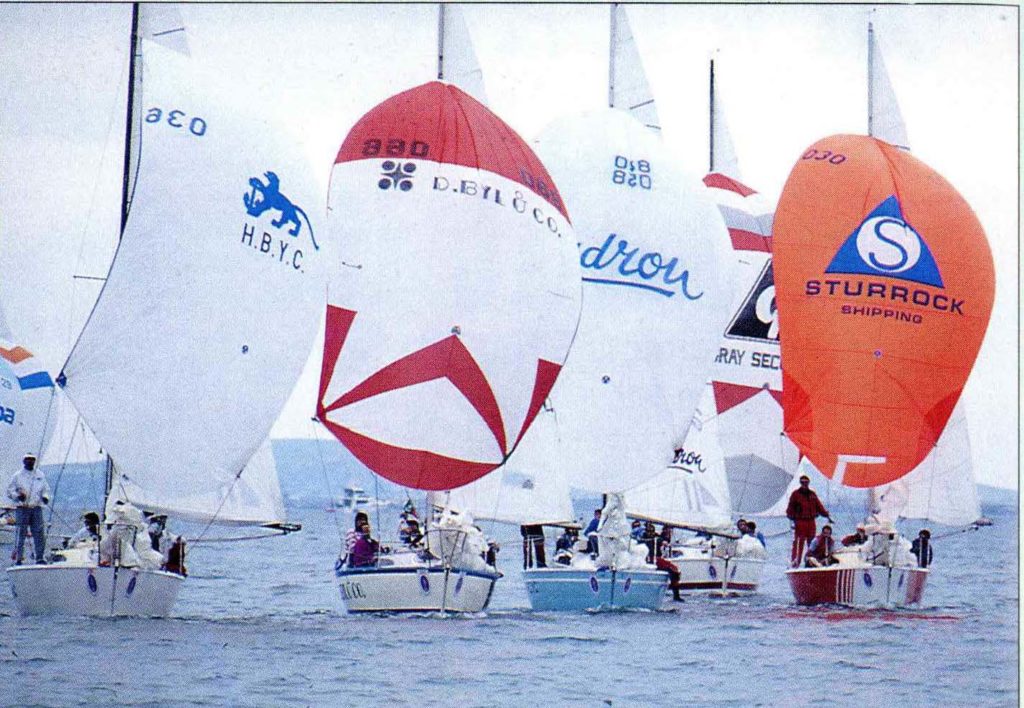 With the Lipton Cup taking place in Saldanha Bay in August, I wondered just how often the event had been sailed in these waters? The answer, thanks to my trusty Lipton Cup spreadsheet, shows that just three events have been there.

Being on new waters, competition was intense as always – the big difference being that there were some “unknowns” in terms of tactics, so a flyer could pay off. Fortunately that was not the case, with the intensity of the competition as high as ever.

Ian Park-Ross was the author of the SA Yachting magazine report, so that was full of the cut and thrust that is quite simply what Lipton Cup racing is all about. It’s also a good read – SO READ IT HERE:  Pages from 1993 10 – SA Yachting – 001767 – OCR

Tomorrow I will bring you the 1994 reports. Enjoy and SHARE.