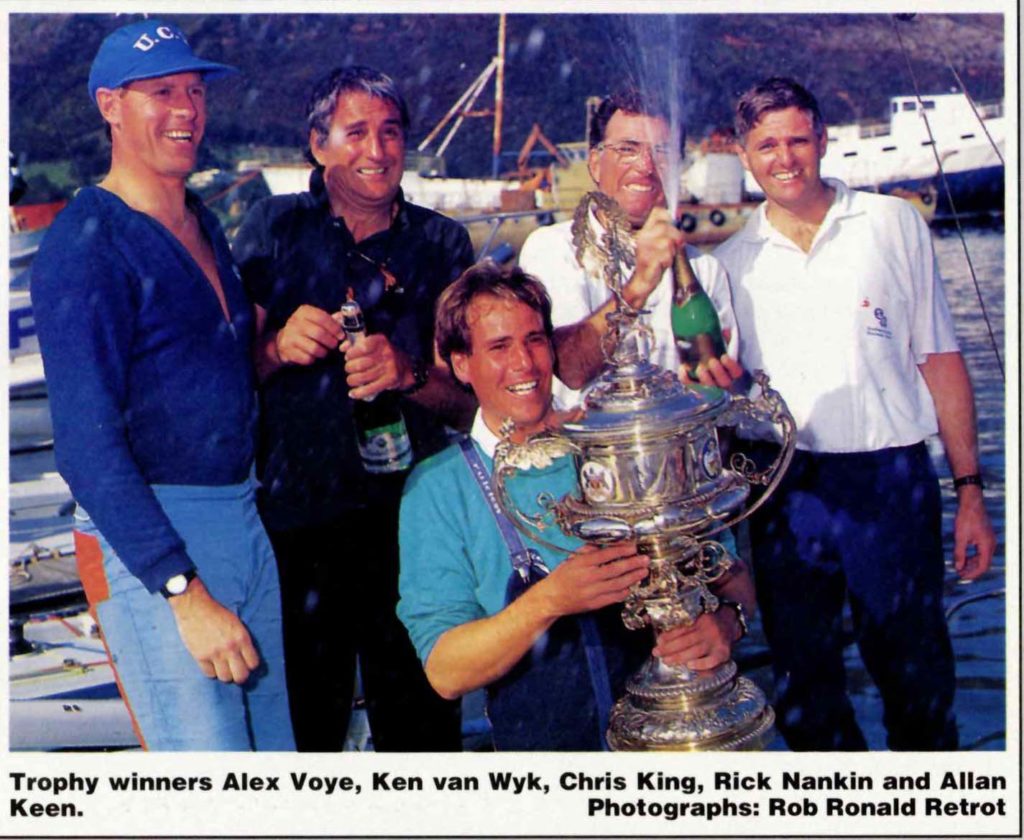 Hout Bay was the venue for the very first time, and whilst racing was keen the venue threw up some major challenges as to get fair racing away from the influence of the mountains surround the bay, sailing was moved out to sea where massive depths did at times prove challenging.

SA Yachting mag wrote: “The regatta was held in Hout Bay this year, which had never before hosted a regatta of such significance. The responsibility for turning Hout Bay into a major venue landed on the shoulders of Viv James.

“Day four must be a day that Graham Dibb and his Royal Cape crew would prefer to forget. Scoring a ninth and fourth effectively put them out of contention because Zeekoe Vlei and Hout Bay had scored a first and a second each. However, it had to be remembered that with the unforgiving structure of this regatta in not allowing for a discard race the regatta is never over until the last race is sailed.

“The stage seemed set for a titanic battle between ‘Judron’ and Zeekoe Vlei who for the last five years had finished first and second.

“The end of the regatta was unfortunately an anticlimax. The race was abandoned after only an hour and a half when the wind died. ‘Judron’ was in fourth position and Zeekoe Vlei in the early teens. It was a bitter pill for ‘Judron’s’ crew to swallow, feeling that the cup had been snatched from them just when it looked to be firmly in their grasp. Frank Minnit’s crew felt they hadn’t yet settled the score.”

The opening few paragraphs in the SAILING Inland & Offshore magazine report give an indication of the conditions: “For the Hout Bay snoek fishermen, even accustomed as they are to rough weather, it was clear that the L 26 sailors were somewhat crazy. To go out in skinny little boats that apparently didn’t have any motors and were pushed around by the wind was plainly unhealthy. And then to go out in the sea and wind like that – for fun – they were obviously not well.

“The fishermen had a point. Out on the confused five-metre swells and gusting winds off Kommetjie for the initial Sunday’s race in the Joko Lipton Challenge Regatta, a number of the sailors were offering chundering evidence that indeed they were not well. Even seasoned sailors described the conditions as “real survival stuff”. Patrick Harris. co-skipper with Niel Tocknell on the Royal Natal entry commented later that they were the roughest seas he has encountered in an L26. Predictably the pair revelled in the wild conditions to achieve a well earned third place in the stormy first race.” 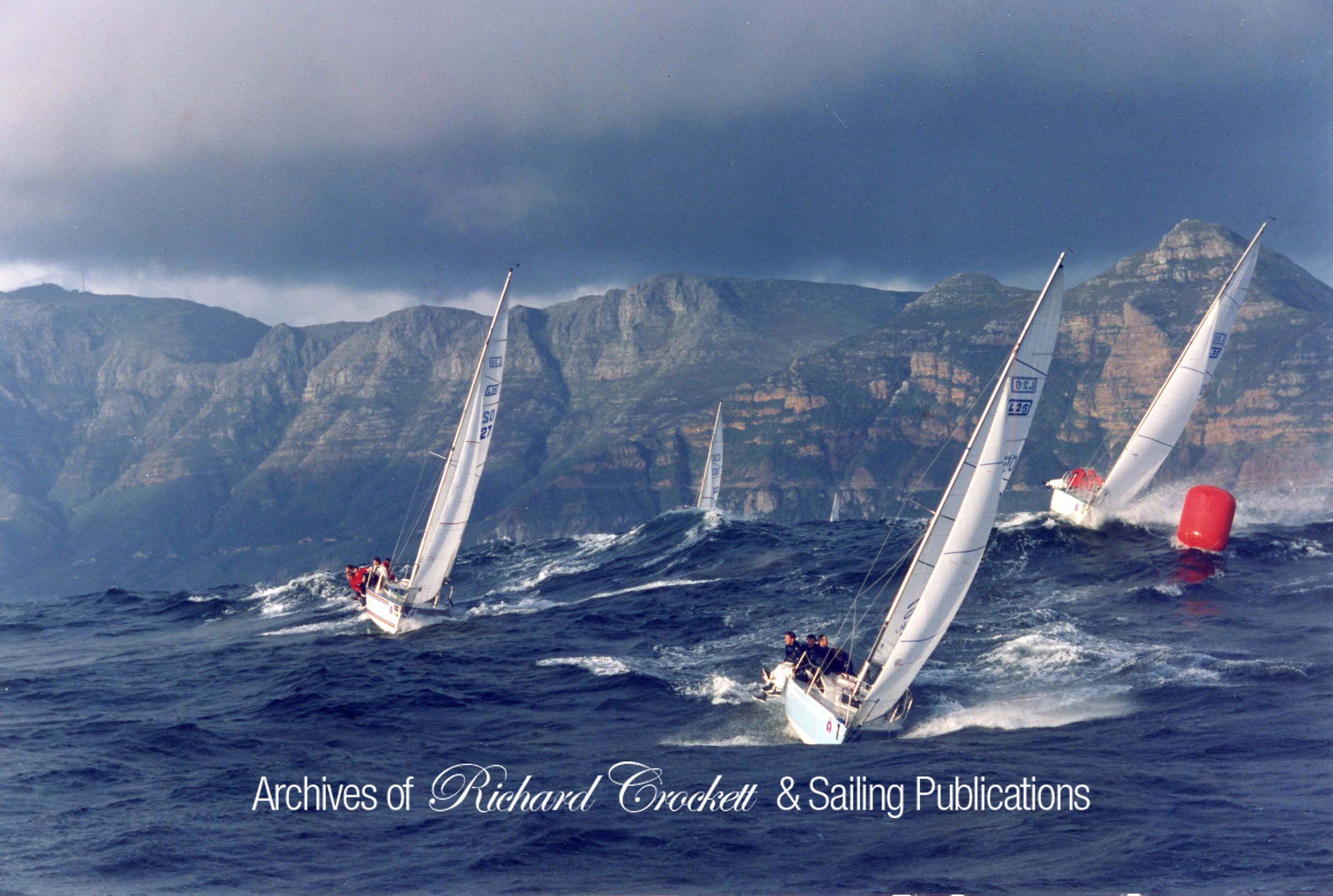 Hout Bay was the venue for the 1992 Lipton Cup where competitors were met with tough conditions as can be seen in this magnificent image.
pic by Okko de Jaemer