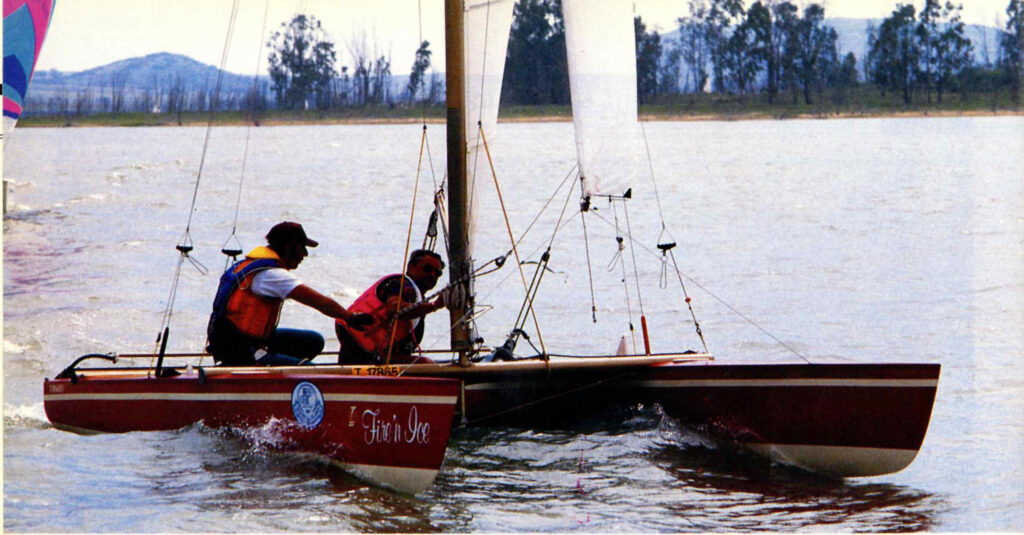 The headline on the SA Yachting magazine report shouted :Tornado Rips Through Fleet”. And so it did, but not a Tornado that damaged the fleet or surrounds as it was a Tornado catamaran sailed by Garth Boshoff and Ralf Spargel which took the overall honours.

And, they broke the record too, registering a quick 72 minutes for the course. Interestingly the time SA Yachting reported is very different to the time which SAILING Mag reported. It may have been a typo in the SA Yachting report – so maybe someone can tell us which is correct?

Also interesting is that the Tornado which won, and incidentally was named ‘Fire ‘n Ice” broke the record in 1984 when it recorded a time of 82 minutes for the course.

The detailed results make interesting reading as names from the dim distant past are recalled.

It’s a race that kept growing in stature, and one whose entry numbers always gave an indication as to the state of the sport, and still does today.