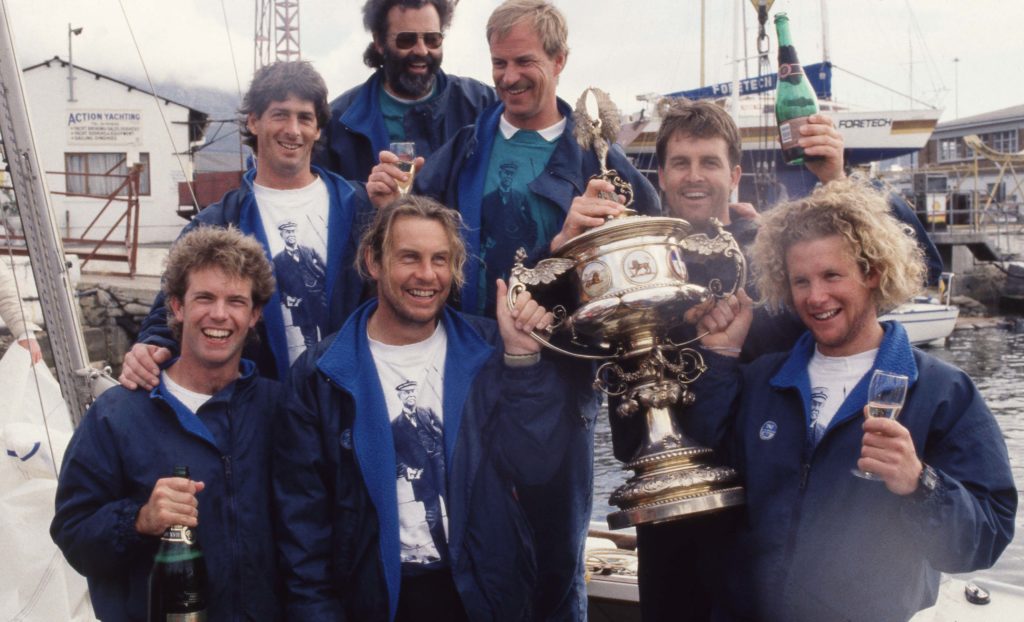 The reports indicate that there may well been weather issues from the very first day, but was is very clear is that the winner was again the team which sailed consistently well.

Alex Petersen, covering the racing for SAILING Inland & Offshore mag, said this about the weather: “The weather factor, as always the chief villain in sailing, had decided otherwise. The windless conditions on the first day convinced many spectators to go home, convinced there would be no race. But the boats sat out in the bay, and a race there was.

“In the fluky and at times windless conditions, with a finish in 13th place, it looked as though defending champions Zeekoevlei, with Rick Nankin and Chris King on ‘MS & A Stainless’, were going to have trouble extending their three-year hold on the cup. The Royal Cape entry, ‘Port Owen Challenger’, skippered by Dave Hudson, held on to their early lead to take first place, closely followed by the UCT entry, ‘Irish Mist’ skippered by Greg Hall, while the Hout Bay favourite, ‘Judron’, skippered by Greg Davis, after a poor start, managed to pull through the fleet to fifth place.”