Continuing with the “Bookmakers” them from yesterday and the 1988 event, the following was noted in the report: “There must have been at least ten skippers who were able to win the title and they came from all active regions . It was even suggested that we open a bookmaking business at the nationals. with the proceeds towards Optimist funds. Nevertheless, after a few races it became clear that there were only a few all-round skippers capable of taking the title in a place with variable conditions like Swartvlei.”

The fund-raising thought was an opportunity lost as most parents believe that “little Johnny” will win and place big bucks on their darlings!

This was a closely fought event with less than 3 points separating 1st and 2nd, and the first places spread around the fleet. The top two guys each won a race, yet third placed Greg Barker won two and was 10 points adrift of second overall.

I was fascinated to see that Oliver Schildt, 14th overall won two races, yet was not placed in single figures in any other races. Maybe conditions were really, really tricky and testing. 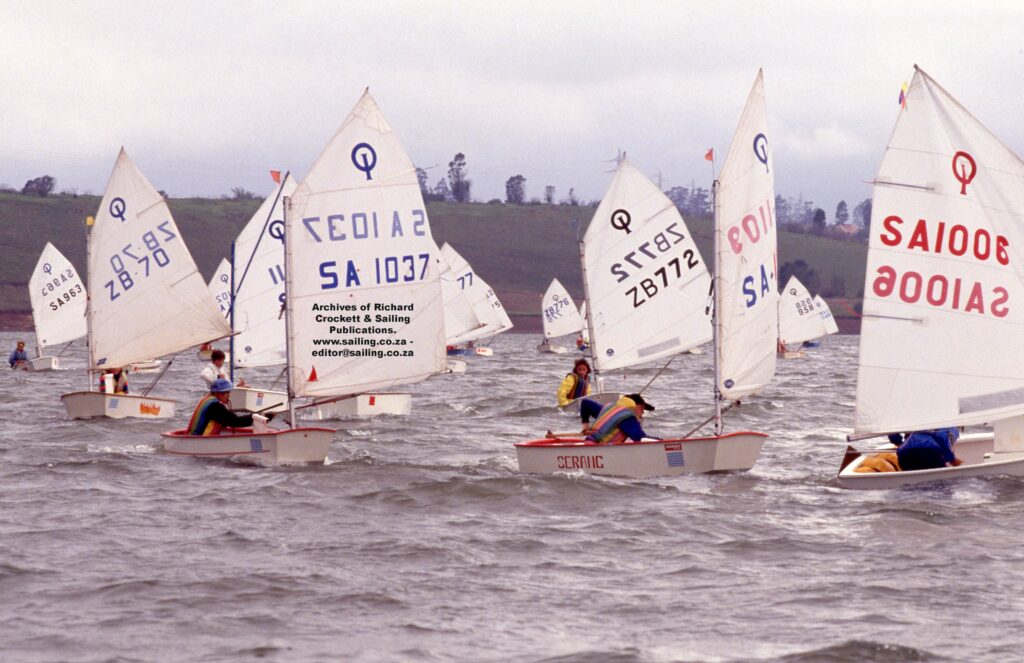 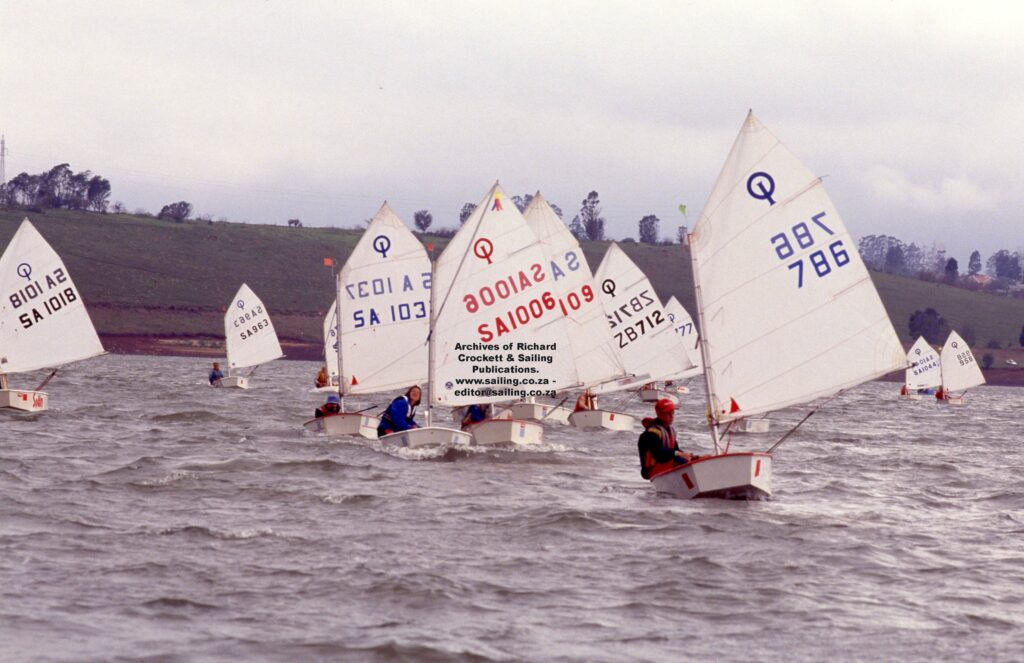 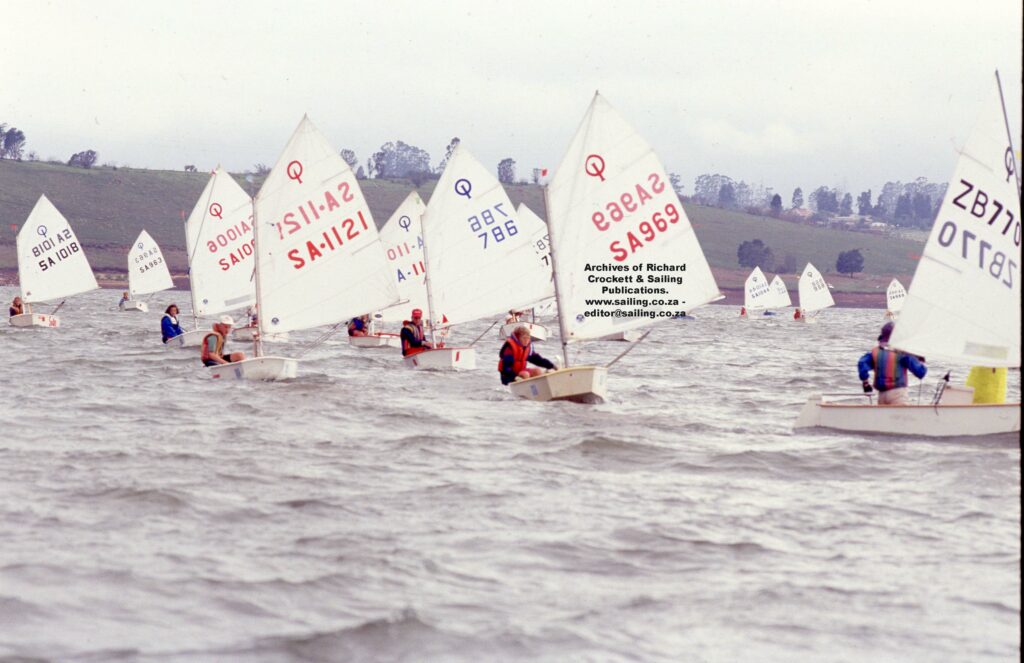 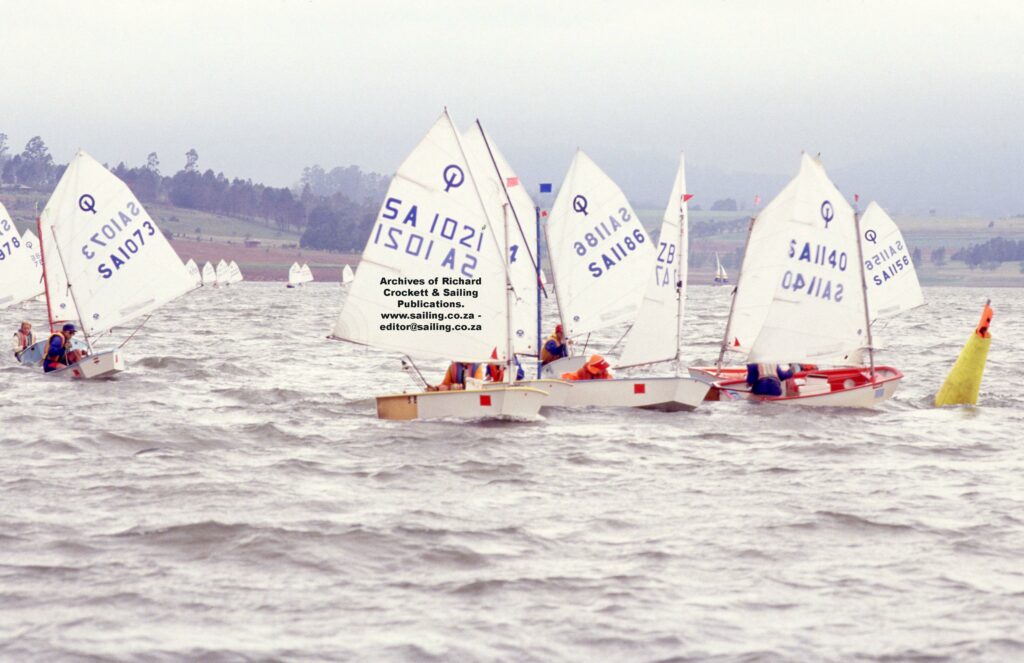 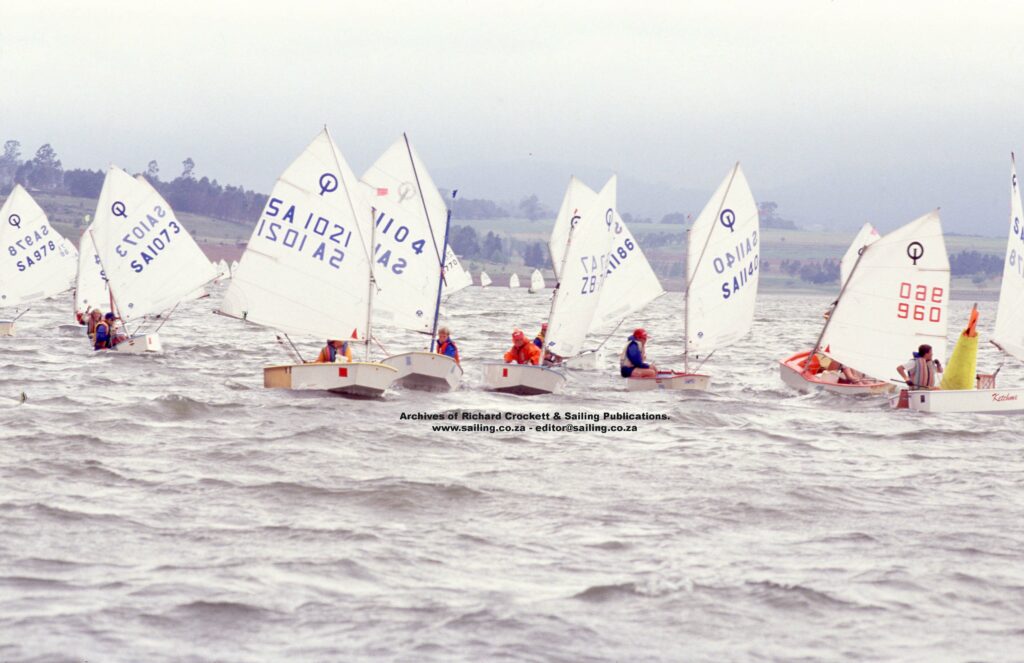 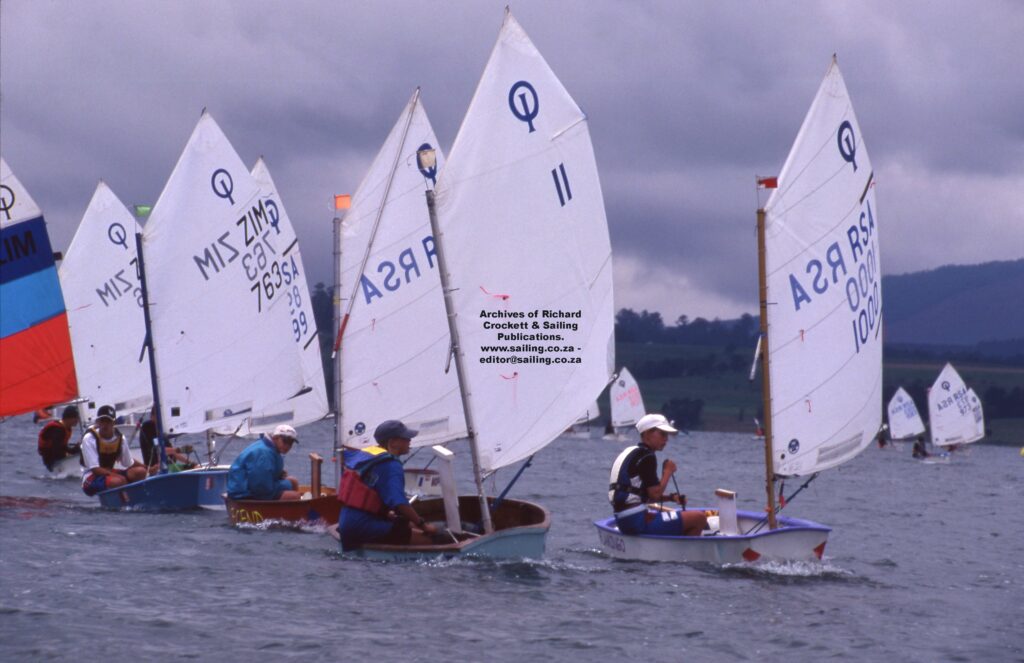 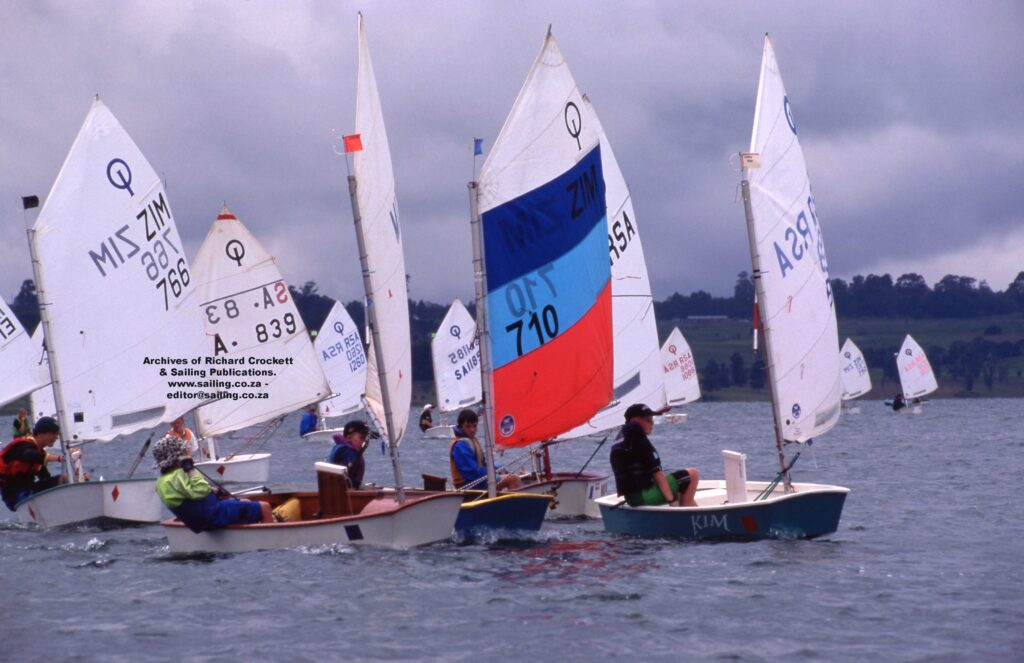 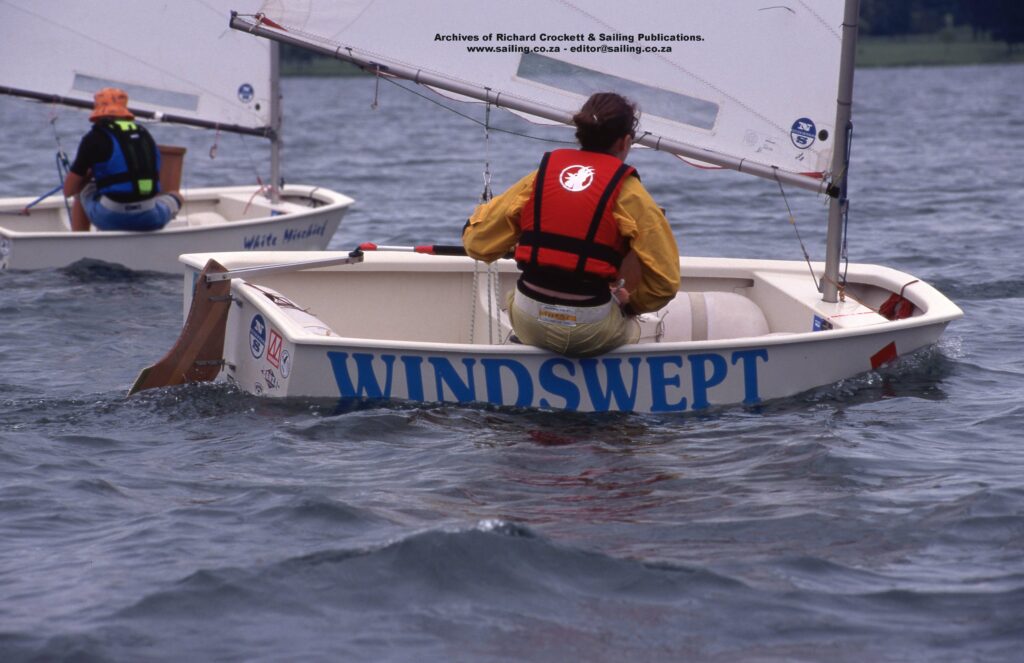 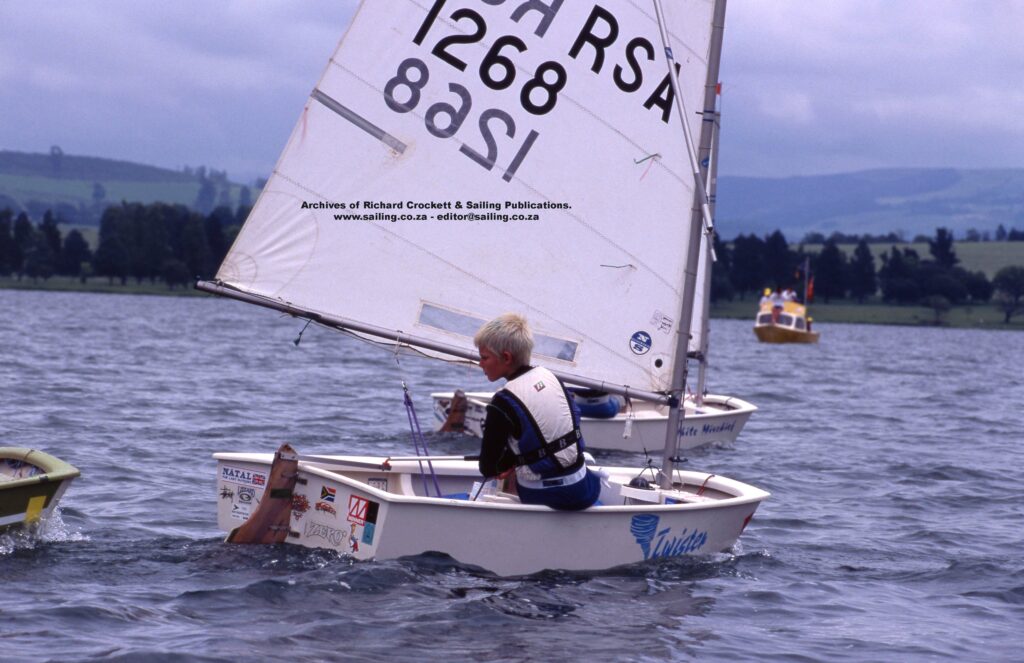