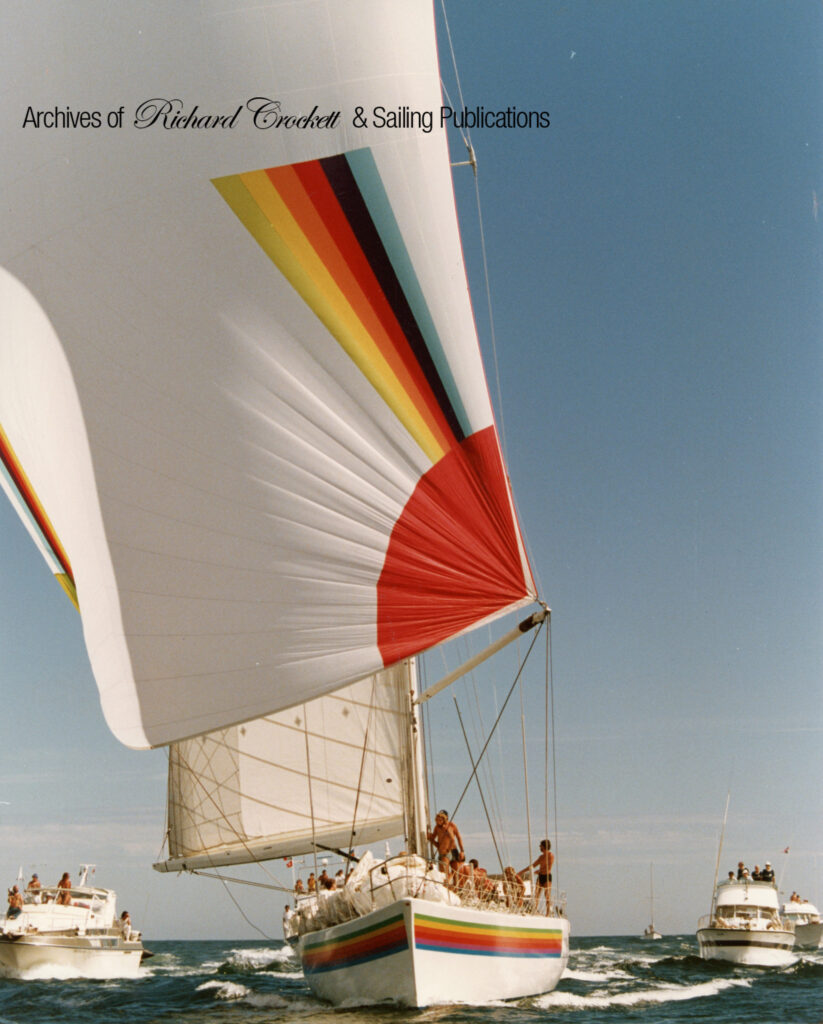 There is no better way to describe just how exciting the 1985 South Atlantic Race to Uruguay was other than to use the words of Frans Loots, an avid follower of this Blog.

“That 1985 Race was quite something to remember! A crew member got arrested the day before the start. A dismasting (of ‘Archangel’) at the first mark, ‘Wesbank’s’ mast coming down on the stormy first night, a boat retiring due to the owner’s outstanding debt, a winning boat’s crew spending more time in jail in Punta than at the bar. Will we ever forget the ‘Apple Macintosh’ crew and their shenanigans?

“It would be of interest to know where the 1985 Race’s maxi yachts are now, those being ‘Atlantic Privateer’/‘Apple Macintosh’; ‘Rampant II’/‘3CR12′?

“‘Momentum Life’ was lost on a Waikiki reef in 2009. ‘Voortrekker II’ went down in a recent Cape To Rio race and ‘Wesbank’ ran aground off Cape St Francis, sadly with the loss of two lives.”

While all that is true, today I will share the preview of that 1985 race as written in SAILING Magazine. The feature also includes “Some Theories on Courses” and the “Maxi Challenge”.

Tomorrow will be the race reports. 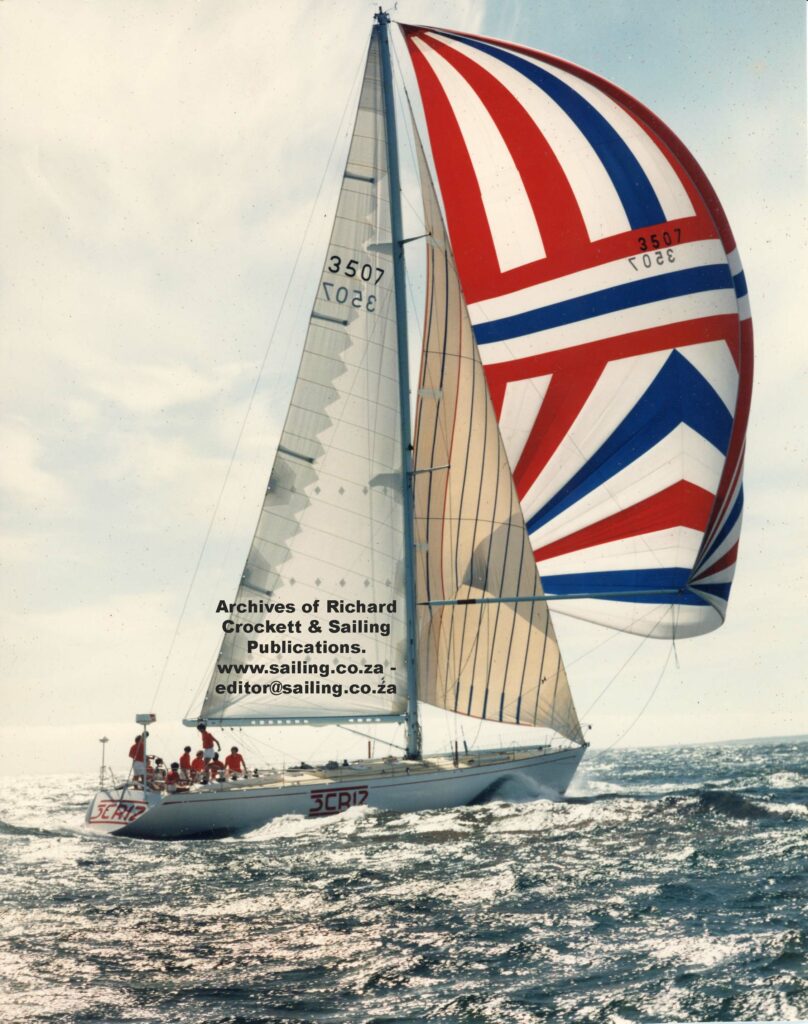 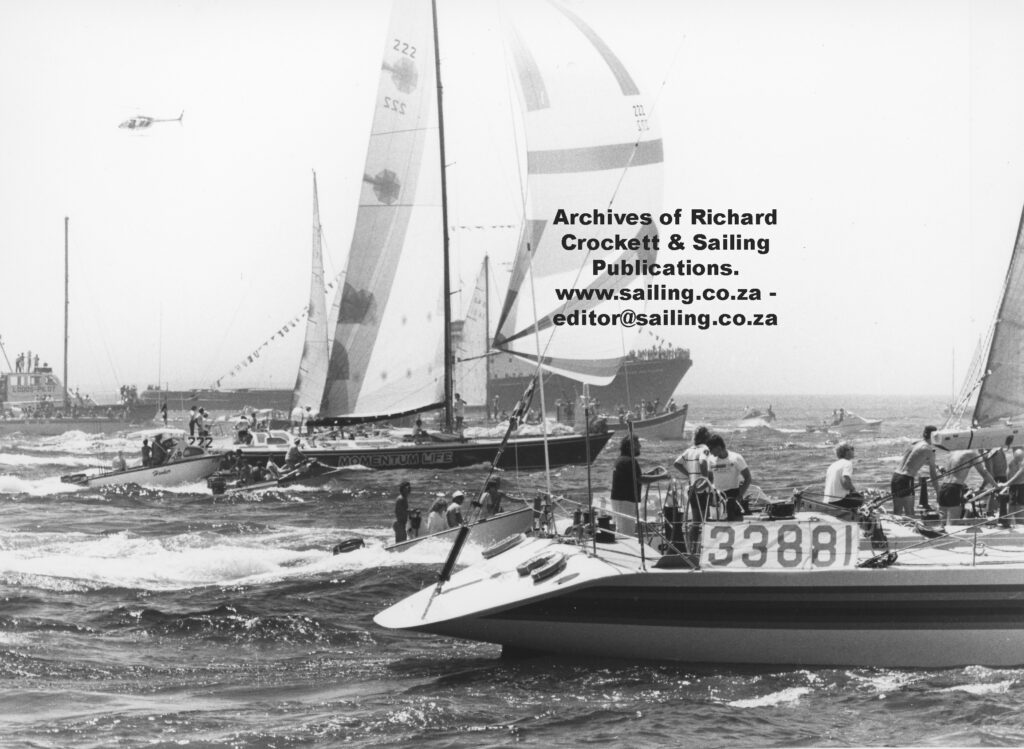 Start of the 1985 Uruguay Race. Apple Macintosh in the foreground with Momentum Life to windward.