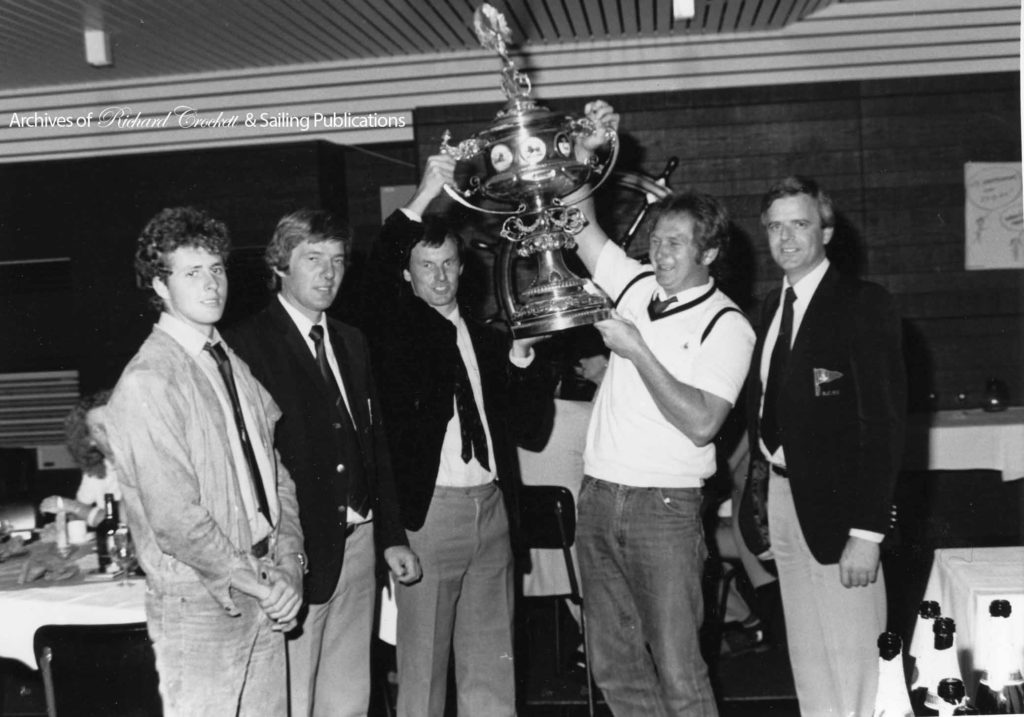 Despite the euphoria of the Lipton Cup being revived in 1982 after a nine year absence, the choice of the Quarter-Tonner as the Lipton Boat continued to be viewed in a negative light.

Sadly it was the cost of keeping an IOR Quarter Tonner competitive, or building a new one to hopefully be as competitive, or even more competitive than the modern boats in the fleet, was a limiting factor and one which directly resulted in a very small fleet.

In the August issue of SA Yachting under the heading “Lipton Debate Continues”, this was the gist of the debate: “Controversy however still shrouds the event regarding the choice of class of yacht. The regatta will be sailed this year, as it was last year when it was resurrected after a number of years, in quarter-tonners.

“However, a great many yachtsmen feel that the event should be sailed in a one-design class such as the L26.”

The proof of the resistance to Quarter-Tonners was the reality that just four boats competed off Durban where the PYC were defending their victory of the previous year. Of the four competing boats, just one was a Sweet Pea, the others all new boats the previous year.

The closing paragraph of the very short report in SA Yachting echoed the sentiments of many when it said:- “The future? Surely now, more than ever, the controversy of quarter-tonners versus one-designs must be settled if the Lipton Cup is to have any future at all.

Sadly the Yachtsman RSA magazine containing the Lipton Cup report is missing from my archives. If anyone has a copy please lend it to me to scan and digitise.