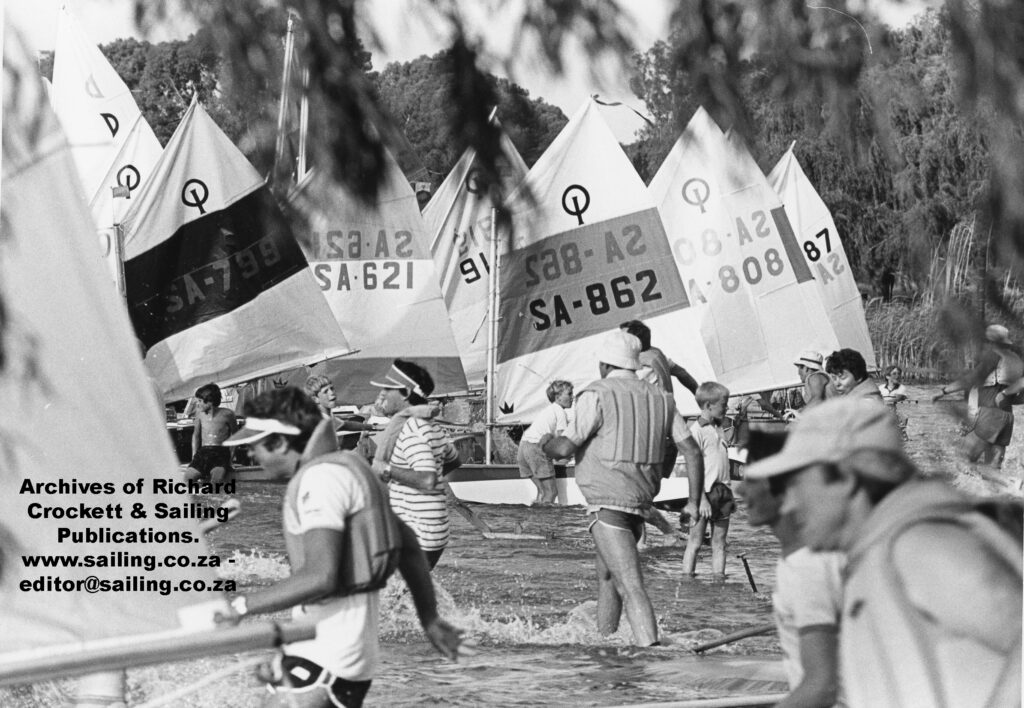 Apologies for the rather large goof yesterday! Nonetheless it created loads of comment and interest.

“The National Junior Yachting Championships, held at Swartvlei from December 17 to 21, developed onto a ding-dong tussle for supremacy between inland and coastal skippers with the result in the balance right up to the final race.”

In the end, it was the inland sailors who triumphed on both the Optimist and Dabchick classes – but oh, it was so close!

The Rhodesians competed in numbers, with first and third in the Oppie fleet being from that country, and with Brett Clark from Redhouse sandwiched into second spot.