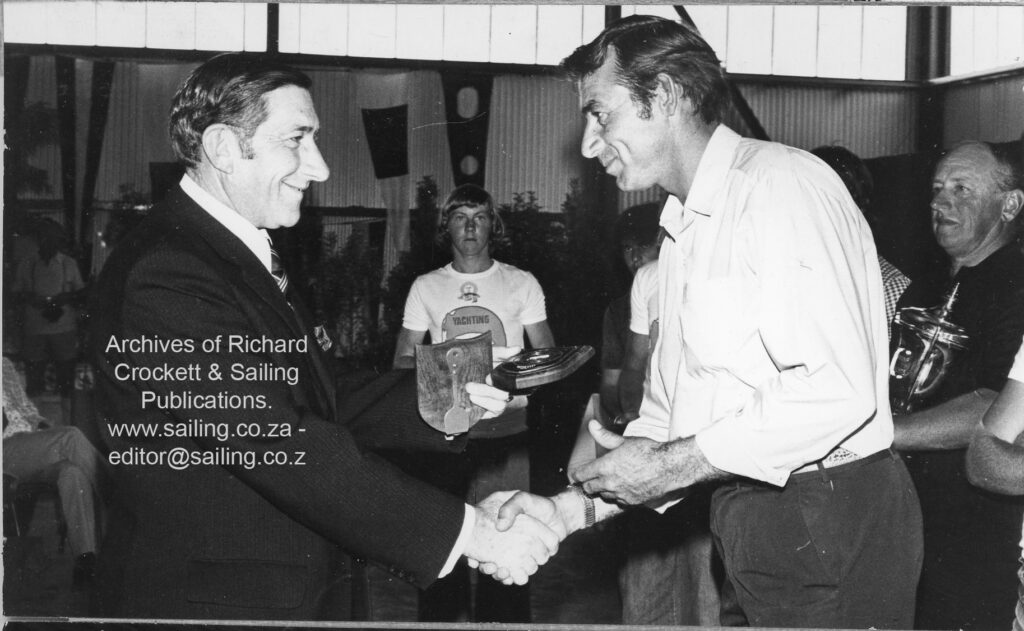 I am not sure if this pic is from the regatta reported on here, but as it was in the Buccaneer file, I will assume it was! Bertie reed receiving his prize from cabinet minister Piet Koornhof.

By now the “Buc” class had become well established and championship regattas were becoming more of the norm.

It was at this regatta that the name Bertie Reed came to the fore in the class as he was referred to then as the “cock of the fleet” – as he won the event. Maybe it was his “secret rigging adjustments, as mentioned in the text, that helped him and his crew take the honours?