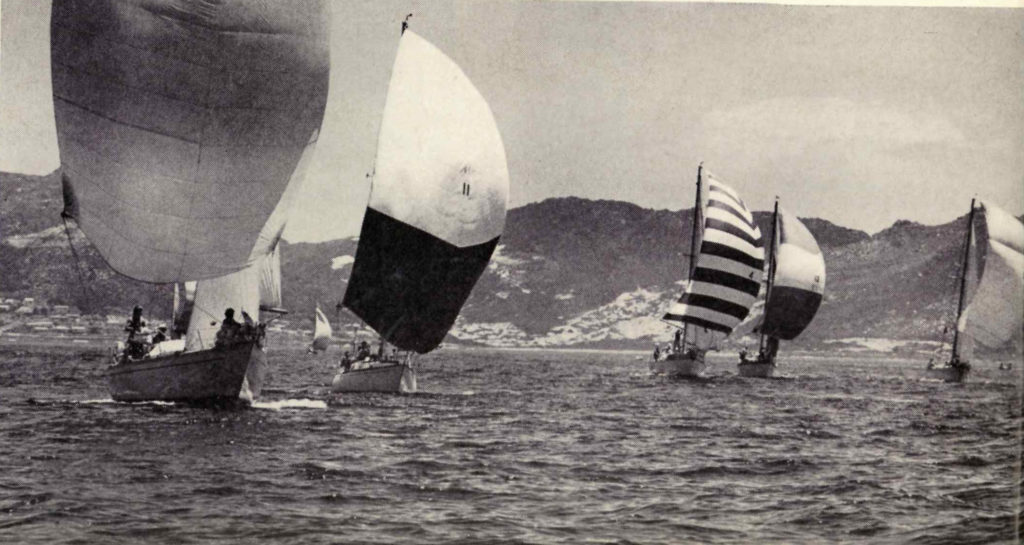 Coverage on the past Agulhas Races has created much interest and feedback, both online and privately. So here goes with more of that classic tough race.

“Pipped on the post right at the end of a fabulous race to the finish! That’s the story of the 1971 Cape Agulhas Ocean Race: Having taken the lead soon after the turn at Mossel Bay and after having increased and held it all the way back to Cape Town, some 280 miles of the 460, ‘Mercury’ was robbed of line honours by the luck of the zephyrs right on the finishing line and crossed 43 seconds after ‘Stormkaap’, 10ft. longer on the waterline”.

That’s how SA Yachting mag opened their report, written by Bill Rabinowitz, of that race.

‘Mercury’ was second on handicap, with ‘Breezand’ taking the handicap victory.

It’s a lengthy report and another enthralling read.