Start of the first race, with the guardship Haarlem (Lieut.Commander J. le Roux) keeping watch and ward as Yvette, Trickson and Tarpon cross.

The biggest news of this ‘69 series was that it was a purely Cape event as no out-of-towners entered!

“For the first time in the history of the series the Lipton Cup Regatta in Table Bay last month was not an interport event, although this has been the whole basis of the contest since its inception. Only five Cape yachts turned out to do battle.

“The beautiful, slender Scandinavian-designed 30 Square Metre made a brave sight, however, as they fought out their five races. And the surprise result gave a lot of pleasure to everyone concerned when popular Colin Bowley, sailing for Hermanus Yacht Club in ‘Sunmaid’, won South Africa’s most resplendent sporting trophy by beating such redoubtables as Ronnie Chedburn and Bobby Bongers. ‘Sunmaid’ last took the Cup in 1958 when she was still owned by Wilfred Hancock of the Royal Natal Yacht Club, and before his remarkable series of wins in ‘Maraquita’.” 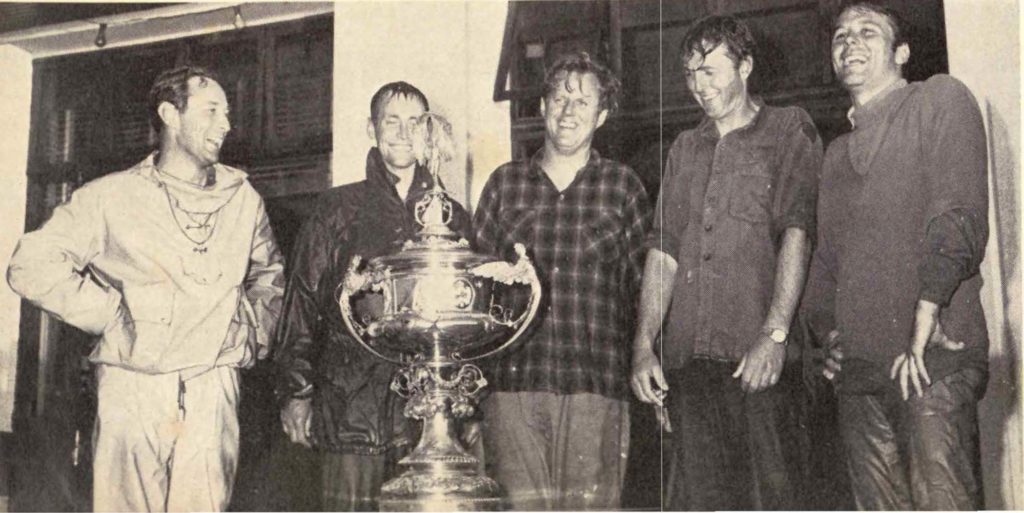