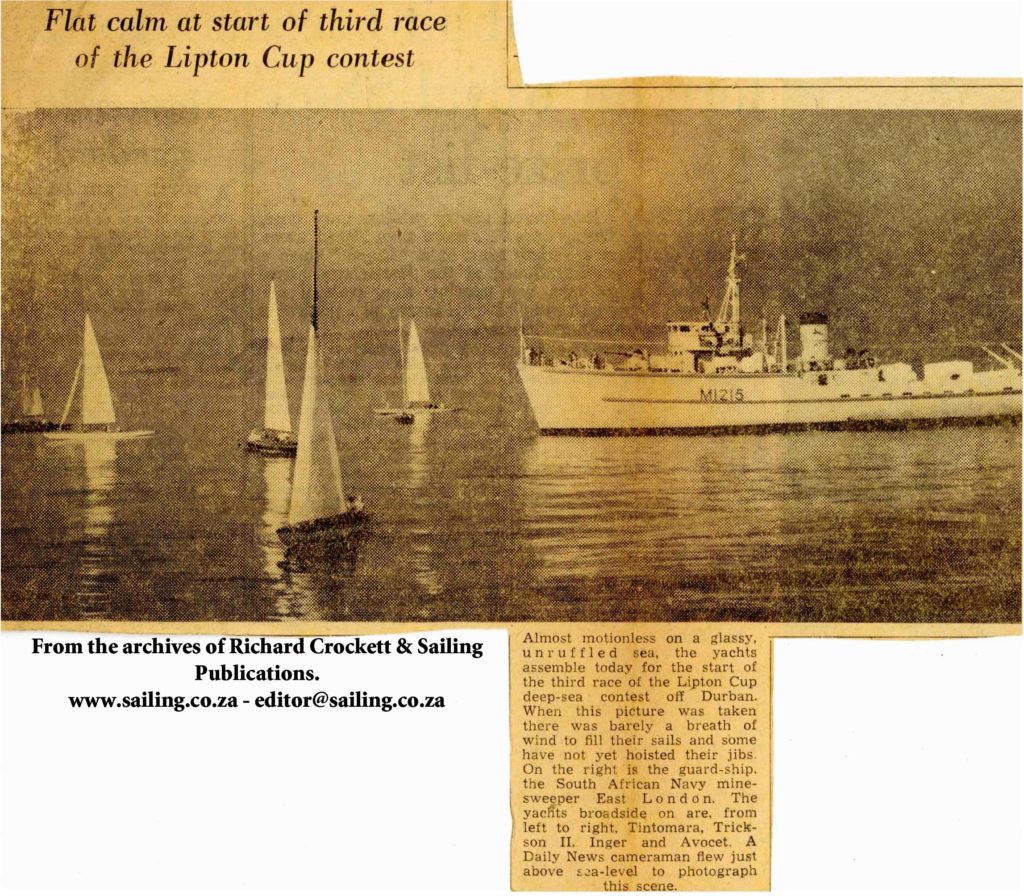 As the Lipton Challenge Cup will take place from 16 – 21 August in Saldanha Bay, it’s now time to ramp up coverage of the old historic events. I have already recently covered the 1958, 1993, 1994 & 1995 events, the latter three all being contested in Saldanha Bay, and these can be viewed in the SAILING Mag Blog – www.sailing.co.za

I found a treasure-trove of info in my 1959 Lipton File, and especially found the “Contest” document to be of specific interest as it had the results of each race written in by hand. Plus there were some newspaper cuttings from “back in the day”!

Of interest was that the fourth race was sailed in south westerly winds gusting to 40 knots. Yet despite this, Leon Policansky nursed ‘Rapid’ through to the finish despite a broken backstay.

‘Sun Rose’, representing Henley Sailing Club, led the way past every mark in the first race, but she was beaten on the finishing line by ‘Tintomara’ – 2ft. separating the yachts as the winner’s gun fired.

There is too much good information, and many pics too, in the material available for today, so dig around in the various files provided – and most of all, enjoy learning the history of the Lipton Cup Contest.