“Talking Sailing” From My Archives. 129 Boats on the Spacious Lawns 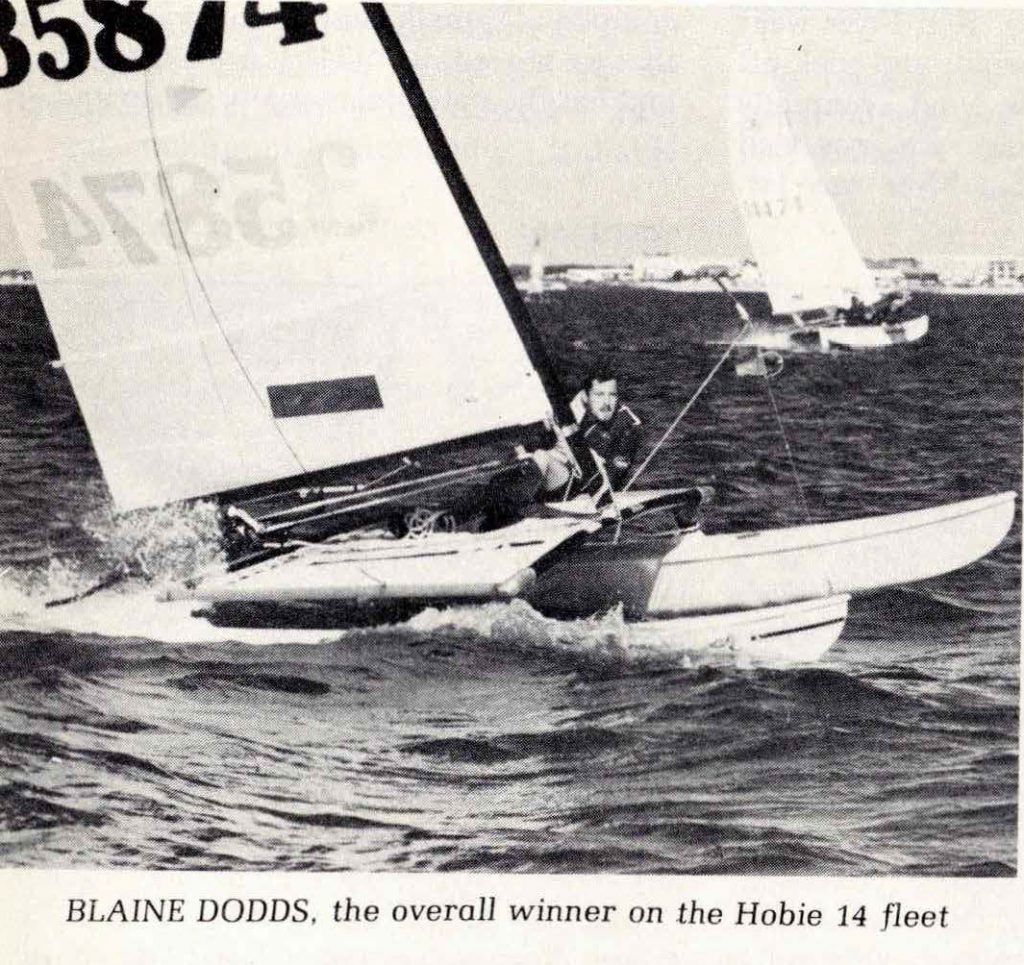 When one mentions the Hobie Cat name in this country the name Blaine Dodds seems to follow! It’s simply because he has dedicated his life to the Hobie and as a results is “one of the greats” having won more National and Provincial Hobie titles than he can count, as well as several World titles too.

Digging around in the archives from 1981, that’s 40 years ago now, I came across the report on the 1981 Hobie 14 Nationals in which Dodds won 7 races in light conditions.

There are many other well known names mentioned in this report too, so one day soon I will dig into my photo archives and see what comes out as I know there are some gems there.