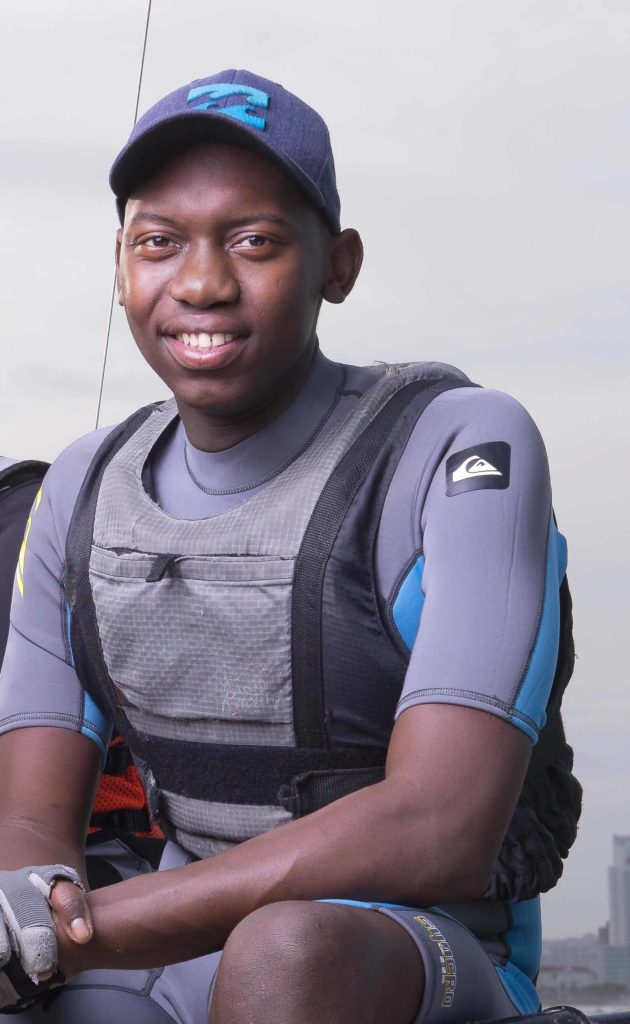 Siyanda Vato, or simply Siya to his friends, has been around on the sailing scene for what seems like a lifetime now.

His sailing career started in Durban at Sail Africa where he soon became something of a legend as he became absolutely passionate about his sailing, and would be out on the water at almost every opportunity, despite school and his studies in general.

Vernon Goss took him under his wing, and he became involved in several sailing projects, including racing where he had success.

Since those days he has moved to the Cape where doors have opened rather widely for him.

At the beginning of March Joe Haywood (Royal Cape Academy Chairman) made it known that Lord Irvine Laidlaw was looking for a young South African sailor to train to be a navigator/performance analyst on Cape Fling – the 52 foot modern racing yacht in Cape Town. 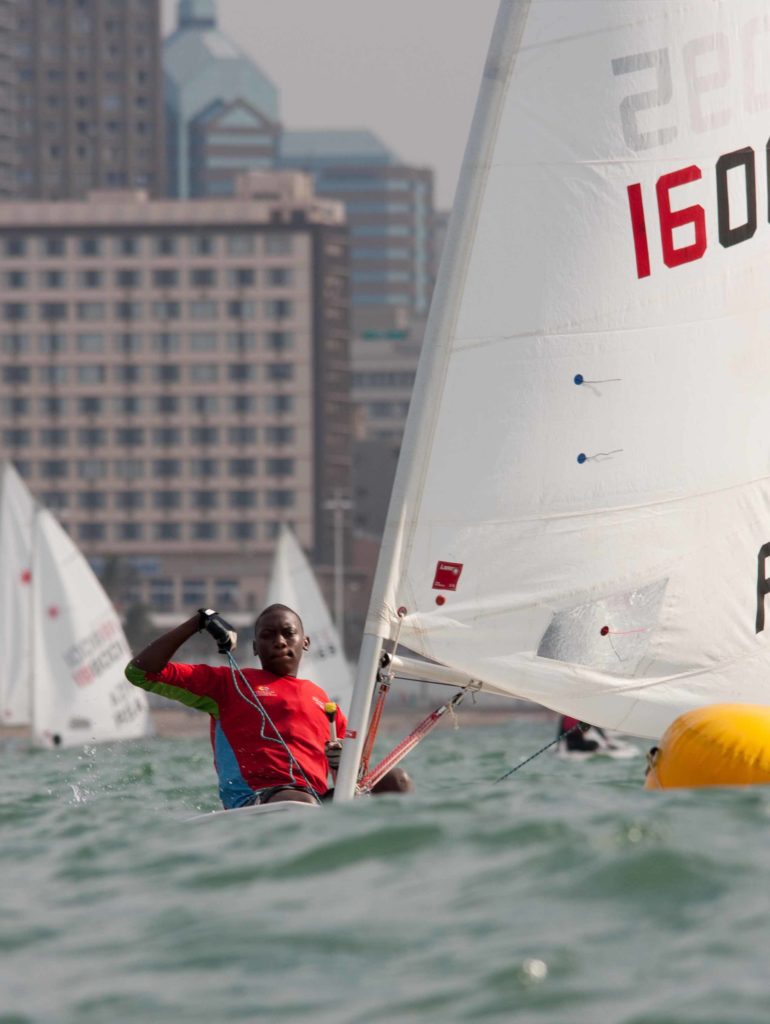 Siyanda Vato during his dinghy days in Durban.

Siya has now been given that opportunity.

Training would involve racing the season on Highland Fling a 115 footer in Palma and learning boat duties from the Boat Captain Xavier Mecoy and the team. Plus intense navigation training from the race navigator Matt Wachowicz during regattas. This included a week of training in the Solent to experience tidal navigation.

“At the end of the Highland Fling season I am required to be competent in weather, race navigation and performance analysis, to gear up for the Cape Fling Season” said Siya. “This requires a two year commitment. The First year requires me to join the crew of Highland Fling and go through an intense navigation training in Europe. The second year requires me to come back to Cape Town and be a successful race navigator on Cape Fling. There will be one training session in Palma and then four regattas: Loro Piana SYC, Palma SYC Rolex Maxi and Swan cup. Plus deliveries from Palma to Malta, Sardinia, Palma”.

Since getting the call from the Highland Fling Boat Captain that he had been selected he says that he has had an overwhelming river of emotions, yet understands that emotions aside ‘it’s now or never’, and that thanks are due to the many people who have helped guide him in his sailing career so far.

“I understand that it’s times like these that demand my everything, and that’s what I’m going to give it!” he said.

“I would first like to thank Lord Irvine Laidlaw and Xavier Mecoy, for selecting me for this amazing opportunity. I would also would like to thank The Royal Cape Academy, Sail Africa Youth Development and Phil Wade from Marine Inspirations for trusting and nominating me. I would also like to thank my family, friends and the sailing community for their support” he said.

“A special mention must go to a man I look up to, and who is my mentor – that’s Michael Kavanagh, and his family too. This journey started while I was campaigning on his boat. Sailing with him has made me more hungry for sailing than ever before as he involved me in everything that happens on the boat while giving me invaluable life lessons” he said.

“Be the Hardest worker on the boat and you’ll be fine!” said Kavanagh.

“That has stuck with me forever since then” said Siya.

“I hope and pray that I may inspire and reach out to more youths of all backgrounds through this opportunity and to get more individuals hungry for sailing as I feel I have personally been taught many life lessons that have influenced me from an individual when I was younger, and which are now slowly maturing me to be a better man”.

With a huge amount of preparation required to make it to Palma in time to start his apprenticeship 1 May, Siyanda Vato is living the dream and wanting to, in his own words “chase Black excellence and greatness”!