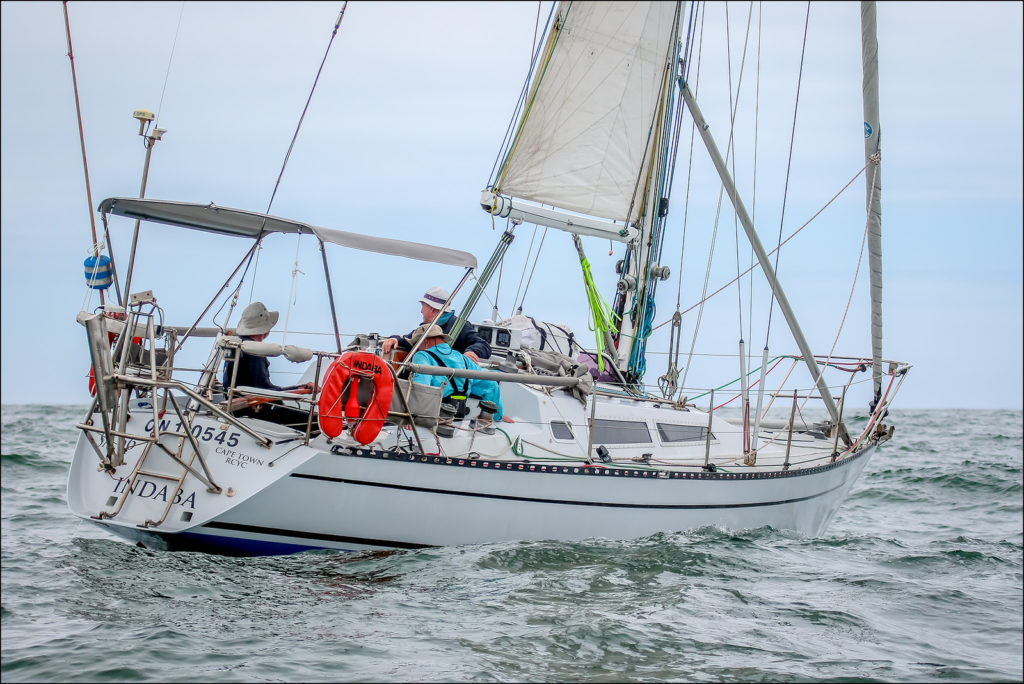 The race is now over and has undoubtedly been replayed many times over in the pub on St Helena Island.

Line honours went to the trimaran ‘Banjo’, followed by the monohull ‘Rocket’ about 8 hours behind.

The real winner is the handicap winner, and this honour went to ‘Indaba’, the Stadt 34 sailed by John Levin, which was in second spot for much of the race.

‘Naledi’, a J120 sailed by Felix Scheider-Bieschen was second overall.

The multihull ‘Compromise’ won the multi division on handicap.

Banjo finishing in the dark. 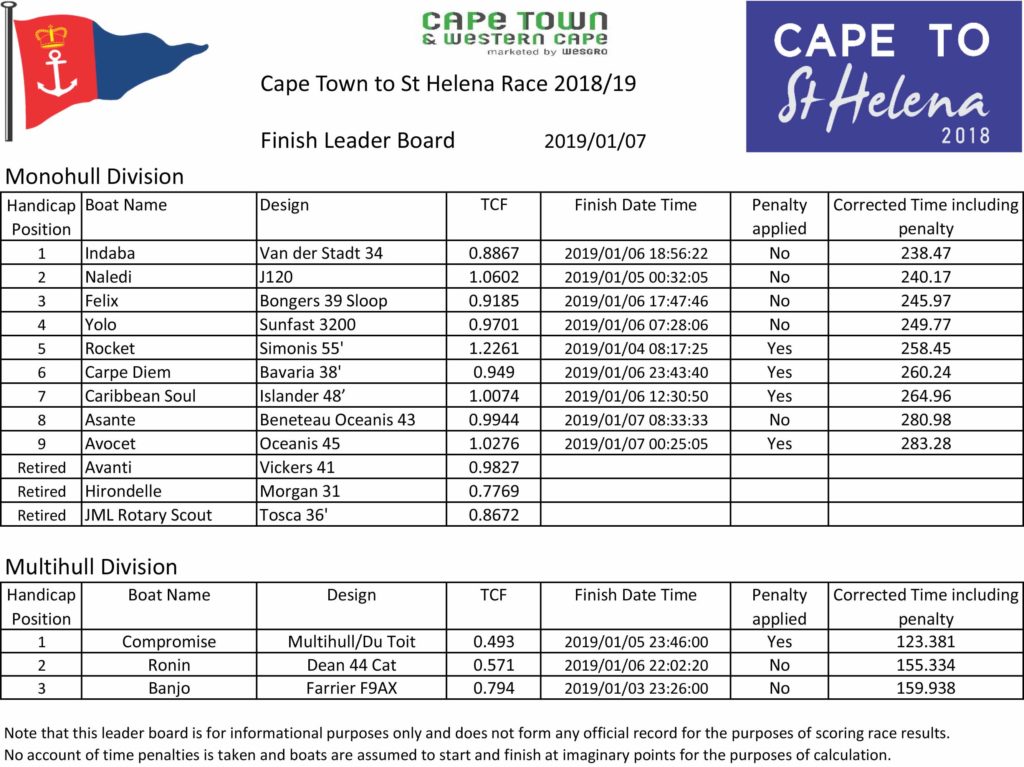