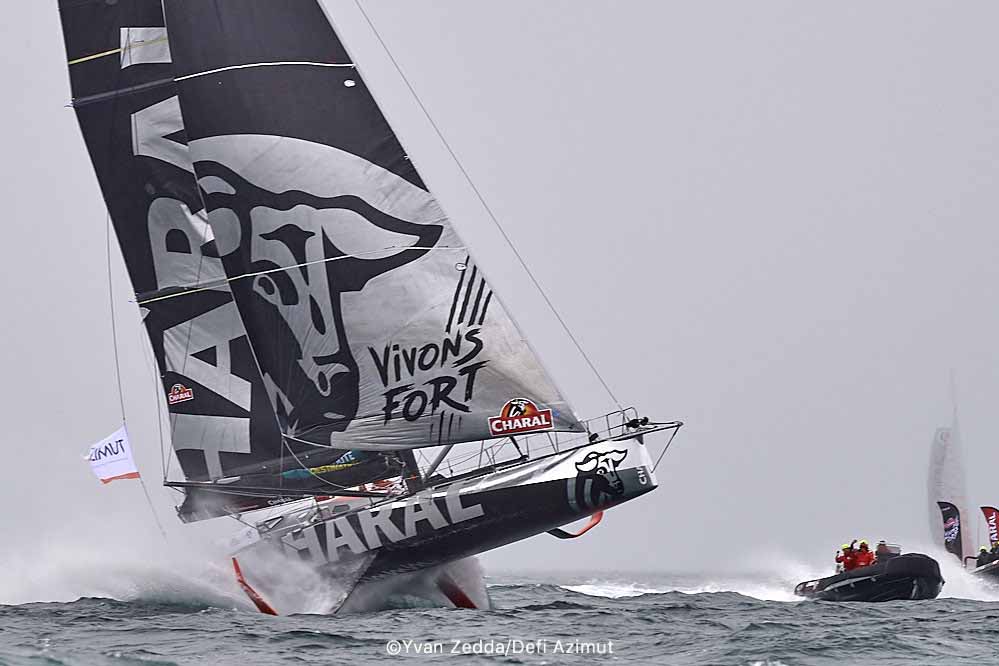 Vincent Riou (‘PRB’) crossed the finish line of the 247 mile course of the 8th Azimut Challenge in just 18 hours, 39 minutes and 25 seconds, while Sam Davies finished in 2nd place, less than 7 minutes behind Riou. Yann Eliès completed the podium, with all three of their trusty steeds being 100% foilers.

After a night upwind, and at around 06H00 the following morning Sam Davies, Paul Meilhat, Vincent Riou and Yann Eliès were so close to each other that they were described as being “wrapped in a handkerchief”! 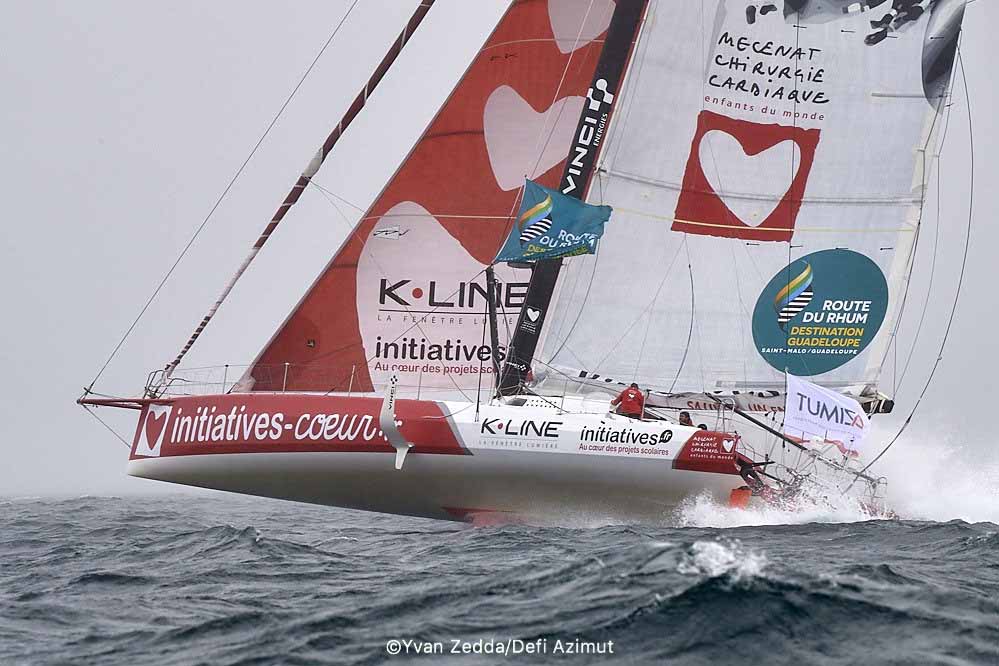 The last 100nm, all of it on a big reach in excess of 20 knots, determined the podium. In this intense cavalcade, Sam Davies stood remarkably well against the assaults of her three pursuers. She sent a photo of her speedometer showing 26.75 knots in a surf, with the following comment: ” It bombards! But it bombards even faster behind!”. The sailor she was referring to as being behind was Vincent Riou who said on finishing that he peaked at 29.5 knots. 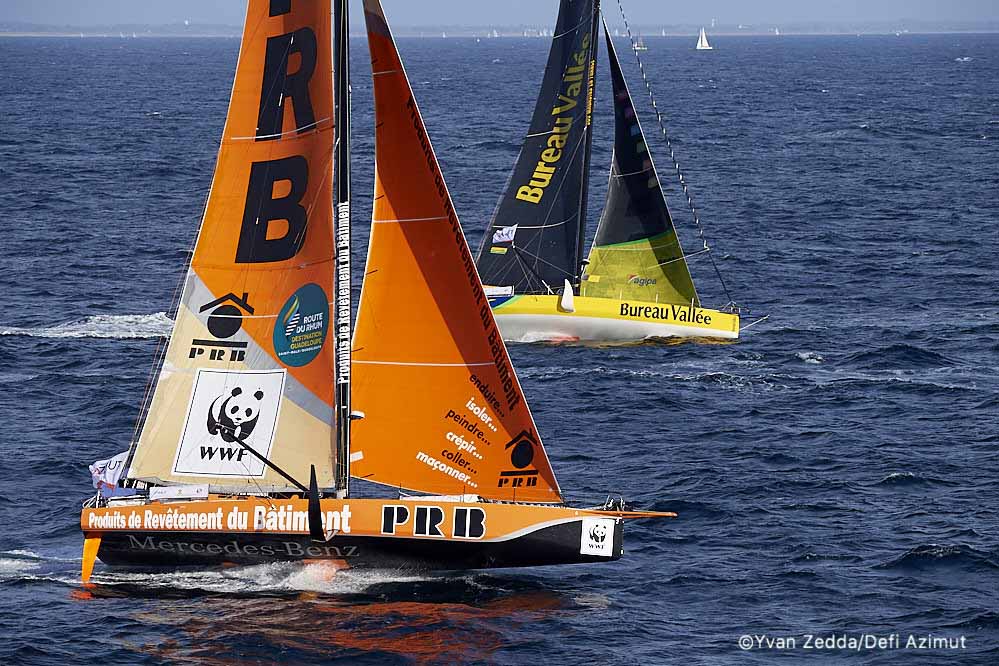 Riou and ‘PRB’ finally took control of the race 30 miles from the finish in Lorient, never to let go again. With an average speed on the orthodromy (direct route) of 13.25 knots, he must not have regretted having equipped PRB with foils! 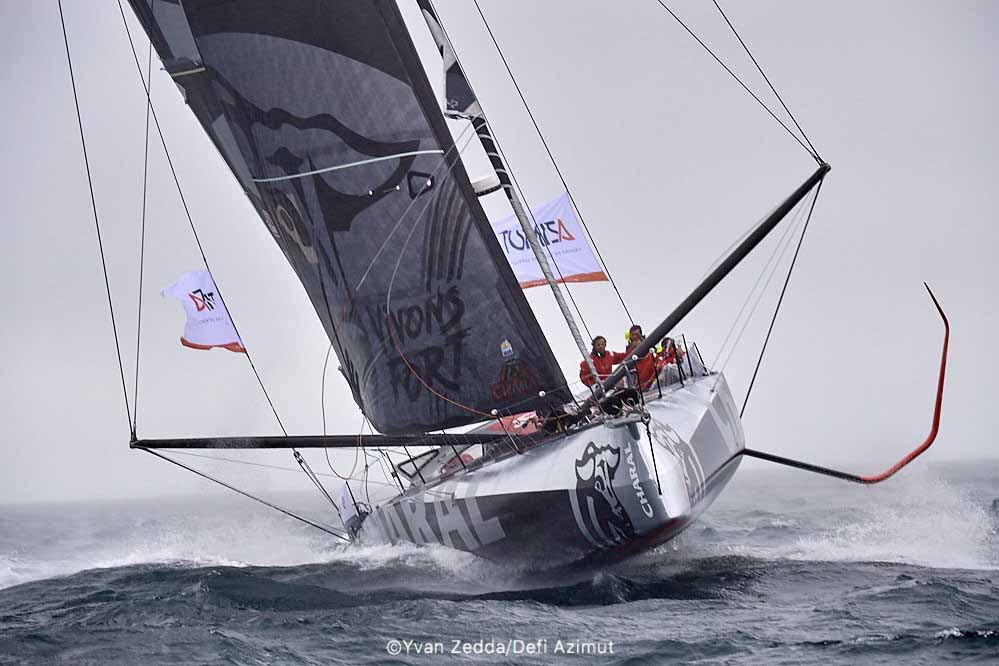 The day after Vincent Riou’s victory in the great 24-hour race, competitors took part in speed runs, and this is where Jérémie Beyou’s ‘Charal’ showed off her pedigree after a disappointing retirement in the 24-hour race due to electronic problems – something not unsurprising in a newly launch hi-tech and complex machine.

The speed runs enabled skippers to have guests aboard, their challenge was to set the fastest time on a 1.5-mile course.

‘Charal’, perched on her huge foils was unsuccessful at her first attempt, but the second was good as he recorded the fastest time of 4 minutes and 52 seconds for the 1.5nm course – to crush the competition. Samantha Davies on ‘Initiatives-Cœur’ (5 minutes 31 seconds) and Paul Meilhat aboard ‘SMA’ (5 minutes 37 seconds) who finished 2nd and 3rd respectively. 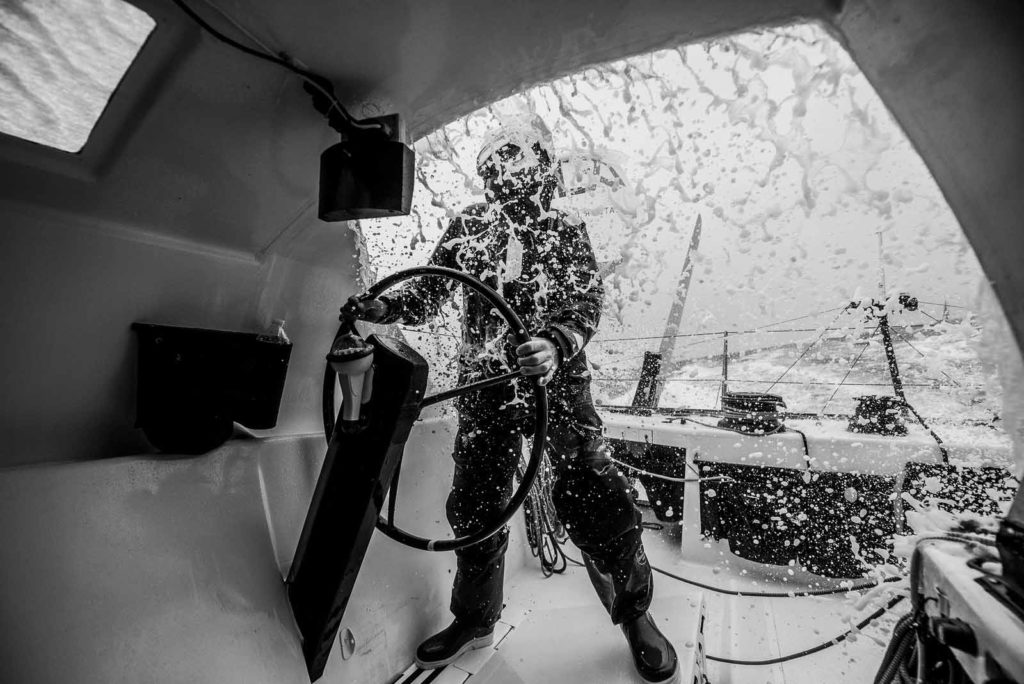