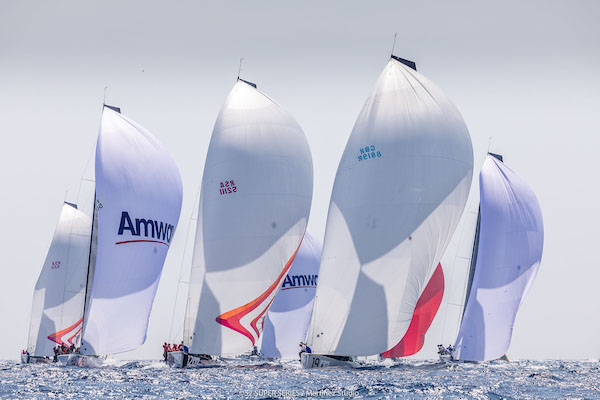 Delivering a 1,1,2 from three of the four races sailed so far, ‘Sled’ now lead – just one point ahead of ‘Platoon’.

South African sailor Tina Plattner is, if nothing else, consistent. She finished the first day leading overall after two 3rd places, and yesterday followed that with two 7th places, dropping her and the ‘Phoenix 12′ team rather dramatically down the leader board to 6th overall.

If the Bay of Palma has a reputation for consistent, steady sea breeze conditions, the second race of the day rather upset that notion. A 25 degree shift in wind direction complicated the first run, the prelude to a funky, challenging second half of the race, which was completed in a dying, very unsettled breeze. After winning the first race of the day, Race 3 of the world championship, ‘Sled’ were able to hold fast through the tricky moments.

‘Sled’ replicated the start that worked for them as the launch pad for their Sunday afternoon race win when today they started close to the committee boat, but then had the pace and early advantage to be able to cross to the beneficial left side. They led all the way round the first course, and on the second followed ‘Alegre’ through the finish line for second.

‘Platoon’, with 2 & 3 place finishes for the day, remain pleasingly consistent even if her owner-driver was frustrated that others among their rivals profited more when the wind became so changeable in the second race. But the past world champions are in a very strong position at six points ahead of a group of four boats, all on 20 points. 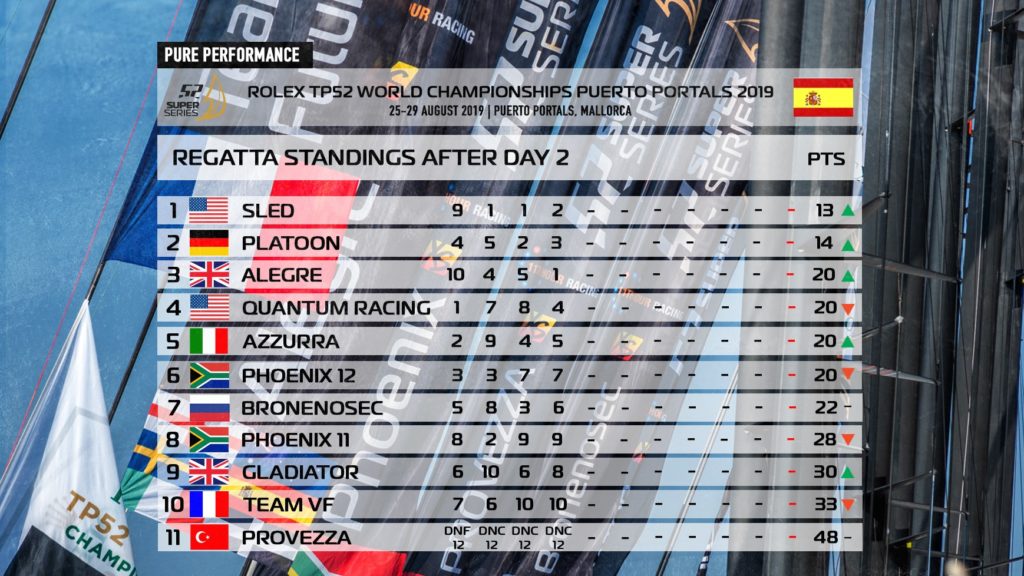