Skip a Straw – Save a Turtle 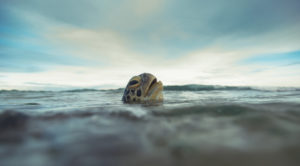 by: Robyn Albritton, Sustainability Director, Sailors for the Sea

Straws are consistently on the top 10 lists for marine debris collected every year during the International Coastal Cleanup. It is estimated that Americans use a whopping 500 million straws per day – a number that, end-to-end, could circle the planet 2.5 times. Now imagine this number compounded on a global scale.

While it seems simple, straws create a pressing threat to our oceans because they are made to be disposable, and on average are used for just 10 minutes. Plastic straws are rarely recyclable, requiring special facilities, and they almost always end up in a landfill, or worse the ocean. Over their lifespan the straw breaks down into smaller and smaller, even microscopic pieces. Pieces so small that single-celled organisms and other marine life eat them – the plastic remains forever – and then starts back up the food chain. Shocking photos of straws in sea turtles noses and the stomachs of seabirds can easily be found online.
Skip the Straw – be a Clean Regatta
Trash on the small Caribbean island of Antigua is a big problem; with landfills growing beyond capacity, recycling must be shipped off island. The country also prides itself on its beautiful beaches, and humans along with sea turtles flock to them. 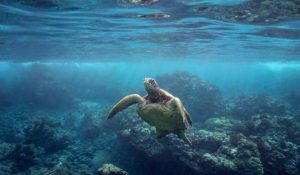 Antigua Sailing Week has been working with the Sailors for the Sea Clean Regattas programme since 2009. A partnership with the Environmental Awareness Group of Antigua has enabled them to improve certification over the years. In 2015, they started the straw battle utilizing the best practice Responsible Dinnerware. This standard encourages regattas to eliminate single-use plastics, including straws.

While this concept seems really easy – as simple as not purchasing straws –habits are hard to break. Recognizing that many sailors would be dining at local bars and restaurants, race organizers expanded beyond the docks.

The Antigua & Barbuda Marine Association took the mission even further, continuing the ‘Skip the Straw’ initiative long after the regatta was over and expanding to hotels. Local business owners easily opted-in by posting signs that say “Straws by Request Only.” Many locals have seen the issue of plastic pollution washing up on their beaches over the years and know the negative impacts plastic has on their environment. These signs create a catalyst for action and institute an easy behaviour change. They also create an amazing education moment for those who aren’t aware of the 8 million metric tons of plastic that enters the ocean every year.

Out of sight, out of mind.
Using straws is so ingrained in our culture that the key to this movement is removing the straws altogether. Individuals can request they not be given one, but are at the mercy of the bartender or waiter who have been trained to add them.