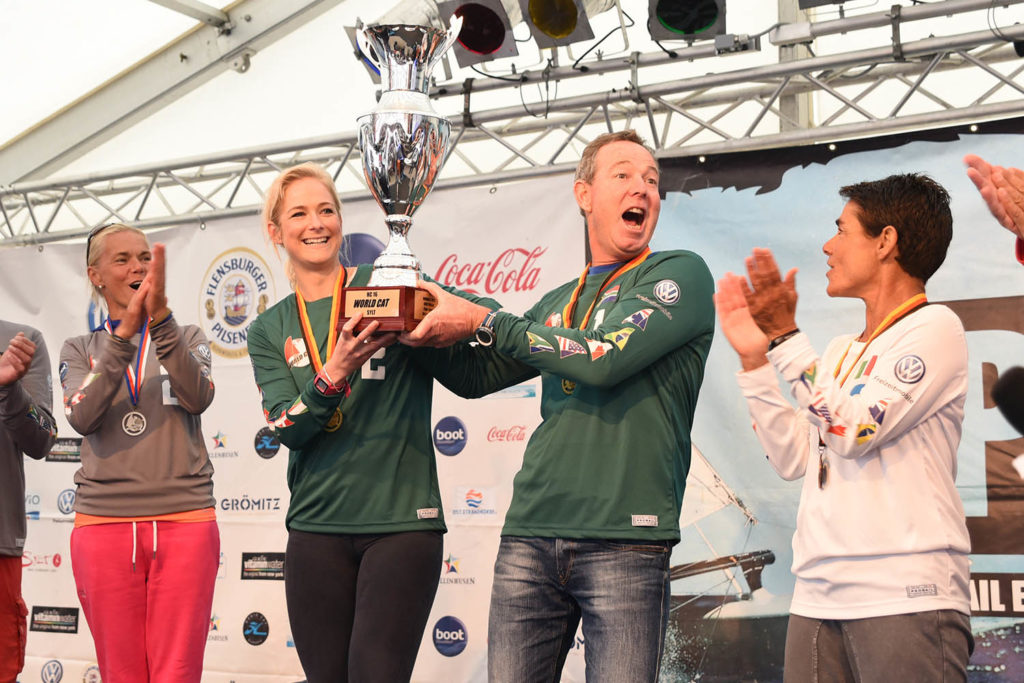 Roxanne & Blaine Dodds – victorious in the Sylt Regatta in Germany.

It’s a pretty safe bet to say that Blaine Dodds has to be South Africa’s top Hobie sailor as he has such an impressive local and international record in these cats.

His latest victory is another international title to add to the long list he already has.

He recently competed in the Sylt Regatta in Germany, an exclusive regatta, where only teams of the worlds best Hobie 16 sailors compete – and he won it in fine style too, sailing with his Daughter Roxanne as crew.

This award has now been revised to be a joint award for BOTH Roxanne Kay Dodds (Roxy) who crewed for her father Blaine Dodds when they won the Sylt event.

Well done Roxy – and apologies for this not happening from the outset.

Blaine Dodds was hoping for a podium finish as the European sailors had just completed their European champs, as he and Roxanne last sailed a Hobie 16 some four months previously in the South African Nationals which they won.

In a previous interview in SAILING Mag, Blaine Dodds then mentioned how special it was sailing with his daughter as crew – and now the pair have another ‘world’ title to add to their collection after a really fine performance.