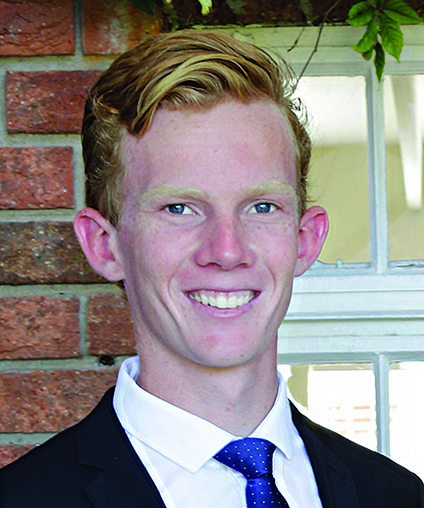 This young man who matriculated last year is has received this accolade before as he is simply a very fine and talented young sailors.

He caught the eye of Roger Hudson of RaceAhead who has been mentoring and coaching him for the past year or more, resulting in a sailor with more refined skills, more confidence, and a far better understanding of what it takes to win big on the international stage.

His results in the past year have improved remarkably and last December he finished a very credible 4th overall in the Youth Worlds in China – and he won a race too. It is for this performance that he has become the February Sailor of the Month.

Gibbs started his sailing career at Imperial Yacht Club in Optimists. He won the 2012 Optimist Youth Nationals, plus the selection regatta. He competed in the 2013 Optimist African Champs, placing second in the Optimists.

He moved strait to the Laser 4.7 when he finished in Optimists, missing out the Dabchick fleet completely. His build was perfect for Laser sailing and he quickly worked his way through the ranks to become the top Laser 4.7 sailor in South Africa. He has since graduated to the Laser Radial and is making a name for himself as a tough competitor in that fleet.