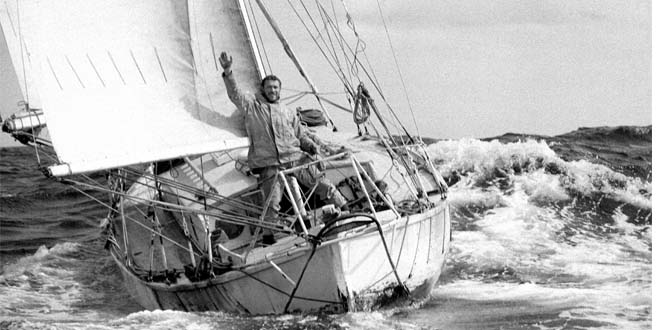 I read online that there is a push afoot to raise money to get Fazisi restored and back out sailing after being wrecked in the recent hurricanes, and I fully support that effort. Fazisi was the first, and by happenstance, last entry from the Soviet Union to race in the Whitbread Round the World Race. I think that the old girl is a bit like a cat with nine lives and still has a few left so let’s hope for a good outcome.

At the other end of the spectrum is a similar effort to get Suhaili, the yacht that Robin Knox-Johnston sailed around the world in the first Golden Globe race, into the National Register of Historic Vessels in England. You would think that this is a total no-brainer. The yacht is not only a part of sailing history, but also part of cultural history. It changed the way we viewed possibility. If one man on that tiny double-ender could lap the planet without stopping then anything was possible. But of course there is an issue, there always is, and that’s the reason for this blog.