RSA Optimist Sailors Take on the World in Thailand 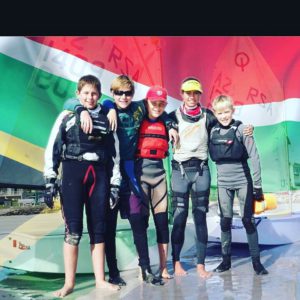 An unexpected podium finish at last year’s Optimist African Championships has given Cape Town sailor Matt Ashwell just the boost he needed heading into the Optimist World Championship in Thailand this month.

Ashwell is part of a team of five South Africans heading for the Royal Varuna Yacht Club in Pattaya to compete against teams from 61 other nations, with over 280 sailors taking part from today until 21 July.

“I was very surprised at my result at Africans, as I didn’t even expect to place in the top 10. I think this has proven to me that I am capable of sailing well under pressure, and that we’ve been training and preparing ourselves well for these big regattas,” explained Ashwell.

While Ashwell has spent plenty of time on his preparations, the 13-year-old remains realistic about his prospects on the world stage.

“I’ve heard many stories about other South Africans being very well prepared, and then being ‘spat out the back’ of the fleet due to the sheer level of sailing overseas. Given the highly competitive fleet, I am aiming for a finish in the top two thirds,” he said.

Speaking about who he will be coming up against, Ashwell added: “I know about five per cent of the sailors competing, but luckily, most of them are sailors that stand a chance of winning, so I know a bit about who to be careful of.”

Also, a fair bit of overseas competition has boosted the SACS student’s confidence. 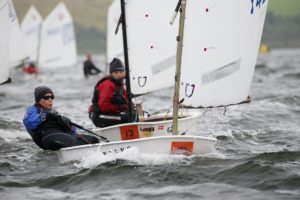 “I was fortunate enough to attend three overseas events in the last year which has given me great confidence and the peace of mind to know that I am able to compete on a similar level to some experienced sailors from around the world and manage in big fleet situations.

“I’m extremely excited at this amazing opportunity to represent my country in the sport I love. Nervousness hasn’t taken its hold on me yet, and I have a positive feeling about the overall experience.”

This will be a first visit to Thailand for Ashwell, who is relishing the prospect of escaping the chilly waters of Cape Town for a while.

“The stories my friends have been telling me, it sounds fantastic. The very warm sea water is something I’ve never experienced before and I look forward to. I’m also very excited to see old friends, and make many new friends from around the world,” he said.

As for what might be the biggest challenge of the trip, he admitted: “To be honest, my parents call me quite a fussy eater, and I’m not sure if I will enjoy the Thai food. When I arrive there I’ll find out, so my fingers are crossed that it’s good. 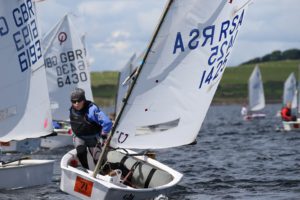 “In the sailing aspect, the start line is my biggest challenge. The start line is what makes or breaks your race, and here in South Africa, we’re not used to starting with large, competitive fleets. That’s one of the reasons that I have travelled overseas to race, to get a feel for the massive fleets and cramped start lines.”

The Optimist class is seen as an ideal and affordable one to introduce youngsters to the sport of sailing. Over 85 per cent of the sailors who competed in the Rio Olympic Games started out in Optimist dinghies.

A team of five South Africans are also currently competing at the African Optimist Championships in Alexandria in Egypt.