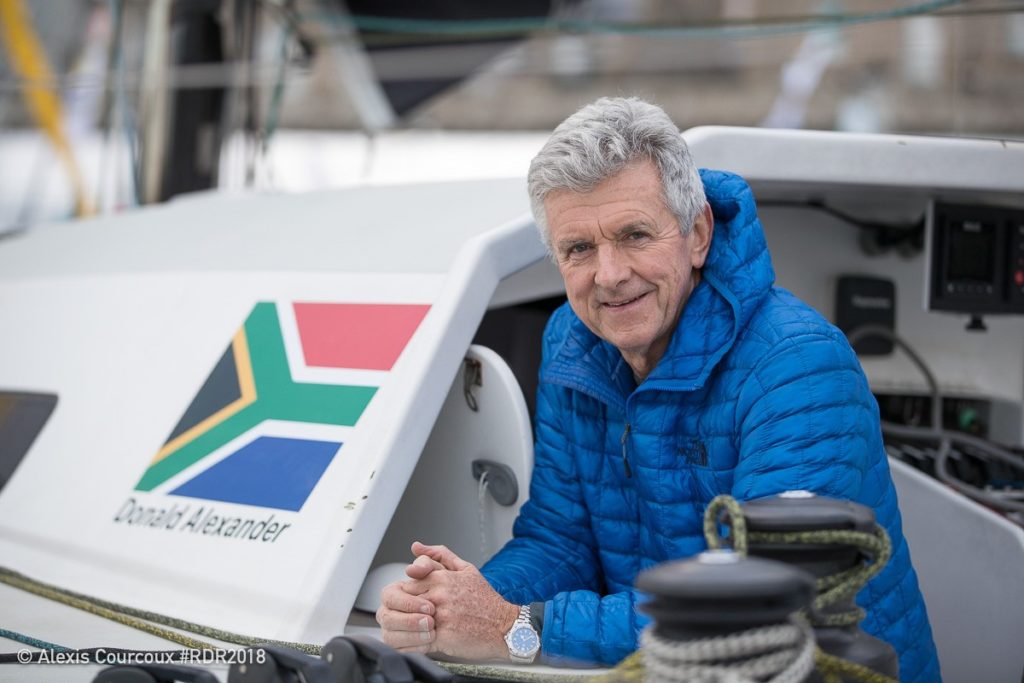 If you have been wondering why Donald Alexander has been sailing such an erratic course, here’s why.

Conditions are horrendous in the Atlantic and specifically the Bay of Biscay with rough seas and very strong winds due to an ongoing series of low pressure systems. As a result Donald’s boat has taken a pounding and is starting to delaminate.

After discussions with his shore team of Pip and Paul, and the boat manufacturer, he’s going to La Coruna, Spain for repairs. Someone is flying into there from the UK to fix the boat, and he’s planning to set sail again on Sunday when the weather will be clear in anyway.

According to his shore crew it’s currently blowing 40 knots, so Donald will have a rough night, although heading to port for repairs is probably the best plan anyway.

Due to the severe conditions close to half the 120-plus fleet have either suffered severe damage and retired, or have taken refuge in a port for the duration of the storm. The only consolation in this regard is that when he restarts, as permitted by the race rules, he will have a fleet of other boats with him.

According to his wife Debra, Donald is very disappointed. “He was doing so well and felt really good about things. The boat is taking water, but Donald is fine” she said.

It’s always sad when a competitor has to retire from a race, but this route has always been a toughie, and Donald is not alone with problems as almost half the fleet are in a similar predicament.

Donald won’t quit easily, so watch this space as my guess is that he will do everything in his power to finish this race.

Updates will be shared on this forum as and when received.