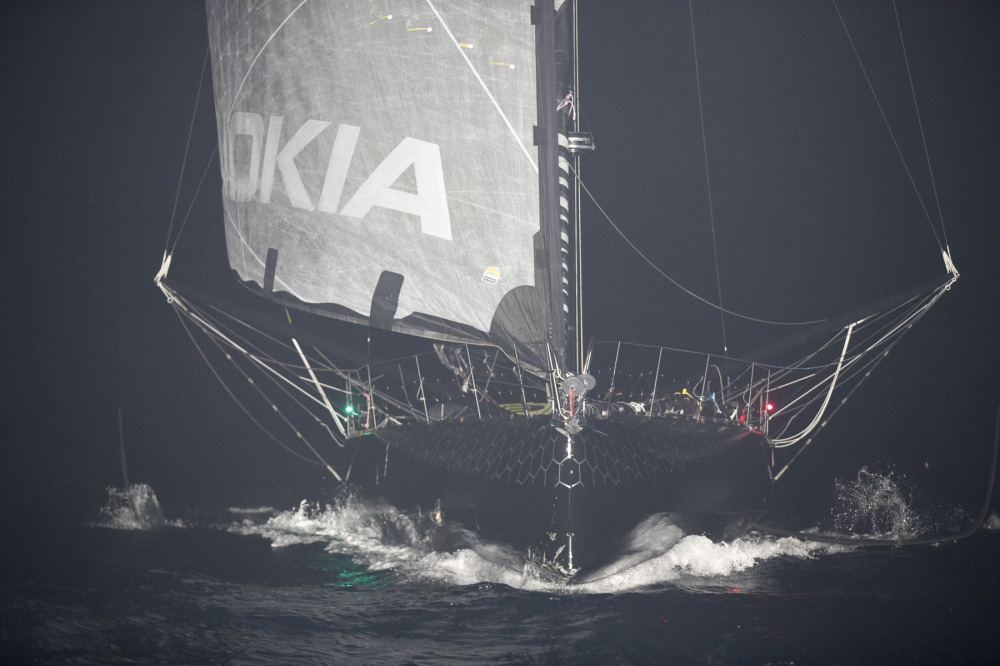 Alex Thomson has sailed a pretty smart race so far, and had established a pretty impressive and solid lead over his rival, but that was until he ran aground last night in the closing stages of the race.

A statement issued early this morning by Alex Thomson Racing is as follows:

“Alex Thomson Racing is currently managing a developing incident, which occurred during the Route du Rhum-Destination Guadeloupe. Today between 21:45 and 22:00 AST Alex Thomson’s IMOCA 60 race boat grounded on Guadeloupe island. Skipper Thomson is safe, uninjured and in no danger. Structural checks are ongoing. The situation is being closely reviewed and monitored by the technical and management teams at Alex Thomson Racing, who are in contact with Thomson, together with the Route du Rhum race organisation. Thomson is continuing to race onboard HUGO BOSS and intends to complete the race.”

Race Direction were informed immediately of Thomson’s accident and are currently evaluating the situation and will give further information as soon as possible.

Following initial reports that Alex Thomson’s Hugo Boss had grounded on rocks during the final miles of the Route du Rhum-Destination Guadeloupe and while leading the IMOCA class, Race Direction has contacted the British skipper to check his status.

They have ascertained that while sailing on port tack at the north end of Grande Terre island, Hugo Boss ran aground on rocky cliffs around 21:45hrs (local time/0145hrs UTC Friday).

The accident occurred at the north end of Grande Terre, just south of the Grande Vigie lighthouse on La Pointe à Claude. 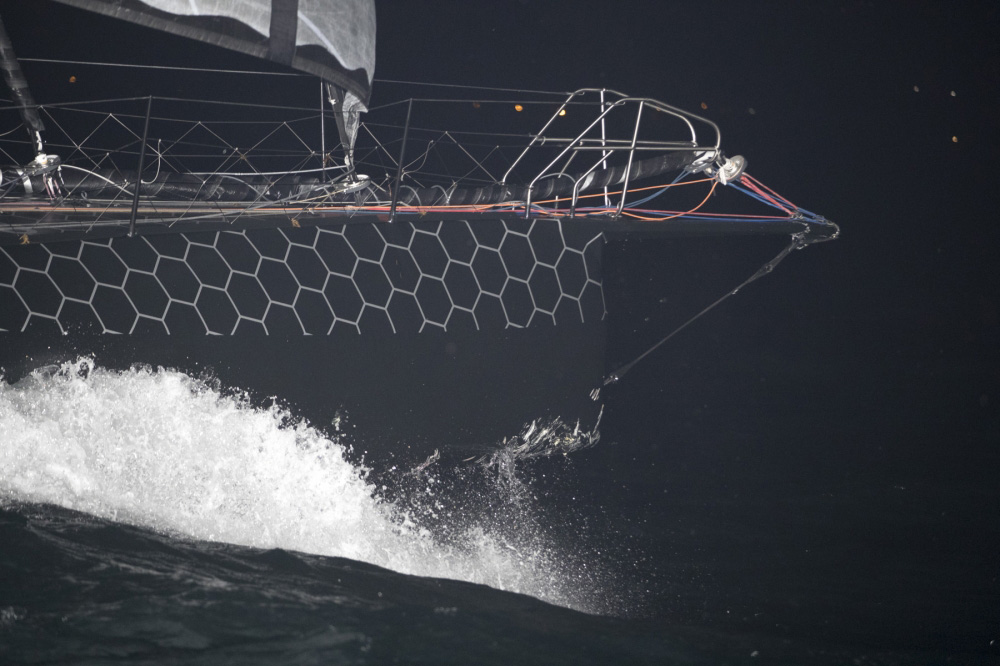 Damage to the bow of Hugo Boss.
pic by Alexis Courcoux/RDR2018

Upon hitting the cliff, Alex Thomson had to lower his sails and start his engine to reverse his boat from these rocks. He was able to extract himself from the reefs before re-hoisting his sails to resume his passage. Thomson stopped his engine and then set a new seal on the propeller shaft.

The skipper was not injured, but there is damage to his boat. The crash box in the bow is damaged and has taken in water but it is contained, and the bowsprit is damaged. The water is contained by the forward bulkhead.

The starboard foil is damaged. According to Thomson’s conversation with the Race Director, the keel and its structure are certainly also affected. But it has not been possible to establish a more precise diagnosis during the hours of darkness.

Currently, the boat is sailing at a speed of 7 knots and continues its passage around the island towards the finish line.

Approaching the small island at Tete à l’Anglais he has about 50 miles to go until the finish line.

The International Jury was immediately informed by Race Direction of the accident and it will file a protest against Alex Thomson for using his engine during the race.

A safety boat has been sent and will accompany Hugo Boss in case it is needed.

His closest rival, Paul Meilhat aboard SMA is 191.2nm behind.