A pair of third places gained in light sea breeze conditions from the white-hot, 11-strong fleet gave Tina Plattner and the crew of ‘Phoenix 12′ the overall lead after the first two races at the Rolex TP52 World Championship on the Bay of Palma. Theirs was a very encouraging opening, and caps a good day for the Plattner family crews as father Hasso, on’ Phoenix 11′, finished second in the second race and lies fifth overall.

‘Phoenix 12′, the older of the two Phoenix boats, put in the best performance of a first day that was not short on drama. At the start of the second beat on the first race, the mast on Ergin Imre’s ‘Provezza’ crumpled over the side with no warning and no obvious reason. It is a devastating blow for a crew that won the second regatta of the season and were among the top contenders for the world title as well as for the season-long 52 SUPER SERIES title. All of the 52 SUPER SERIES shore crews and sailors have rallied behind ‘Provezza’ offering every help possible to get the popular Turkish-flagged team, which won here in 2017, back on the water as soon as possible. 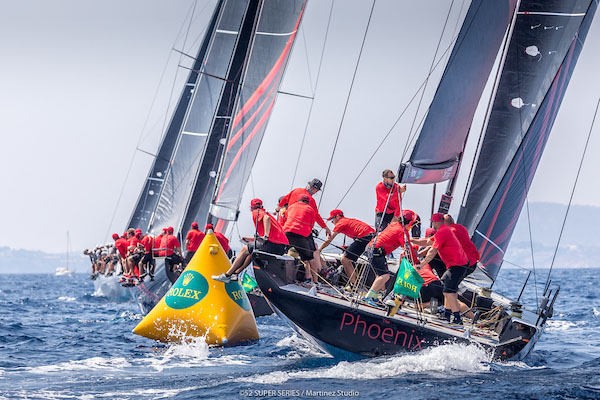 It may be the first regatta this season on the ‘Quantum Racing’ for charismatic owner Doug DeVos, but the defending world champions made the best possible start to the defence of the world title they memorably won in the big winds of Cascais last season. Although they did not have the very best start to Race 1, they worked right early and led arch-rivals ‘Azzurra’ around the top mark first time up.

While the two lead boats stretched away, ‘Bronenosec’ struggled at the turning mark, running out of momentum as they tried to shoot the windward buoy from a too tight position. They fouled ‘Alegre’ and had to make turns, both dropping to tenth and eleventh. But ‘Bronenosec’ staged a good recovery on the second beat climbing back to a very useful fifth place.

‘Sled’ slipped smartly off the second race start line, Adam Beashel and Murray Jones engineering a swift move to the favoured right to lead all the way round the track and register the first win of the season for Takashi Okura’s crew, the battle for second and third playing out between the Plattner crews. 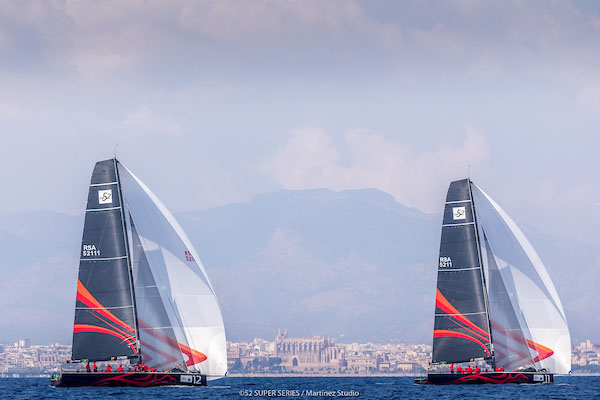 Phoenix 12 tactician Cameron Dunn enthused: “We’ve got the two boats for two regattas this year. ‘Phoenix 11′, the newer boat, is doing all the regattas with Hasso and Tina swapping driving. It’s a big bonus having the two boats at one event, even just for the pre-race training. We’ve had four fantastic training days here to do what we want to do.” 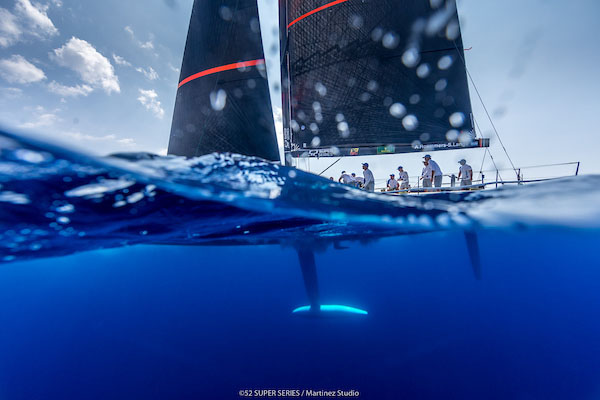 The two teams run an open programme sharing data and coaching, Dunn explains:
“We’re fully open, 100% trying to help each other, there’s no holding back or hiding anything. It feels like we just finished four great days on a really good flow and we’ve learnt a lot. I think it showed out there today. Overall both Tina and Hasso are competitive of course and are competitive against each other, but aren’t we all?! Out on the race course there’s no love lost, but we also debrief everything together, share all the data and chat together. Adrian Stead – ‘Phoenix 11′ tactician and I chat a lot, the afterguards chat about what we’re thinking, we even chat between the races and before the races. We don’t intend to start right next to each other, but we had definitely both wanted the right early, so that’s just the way it panned out.”

Speaking about owner-helm Tina Plattner, Dunn adds: “Tina is unreal. She would be one of the best owner drivers I have ever sailed with. From execution and just consistency – all you ask for in a helmsman, whether they be professional, amateur, whatever – you just want them to do the same thing all the time. You want every manoeuvre to be the same, so you then can pick your position and have confidence in placing the boat. And she is incredible at that. I know she feels the pressure, and does tell me when she gets nervous, but you can’t see it outwardly when she drives. It’s awesome, I couldn’t ask for anything more.” 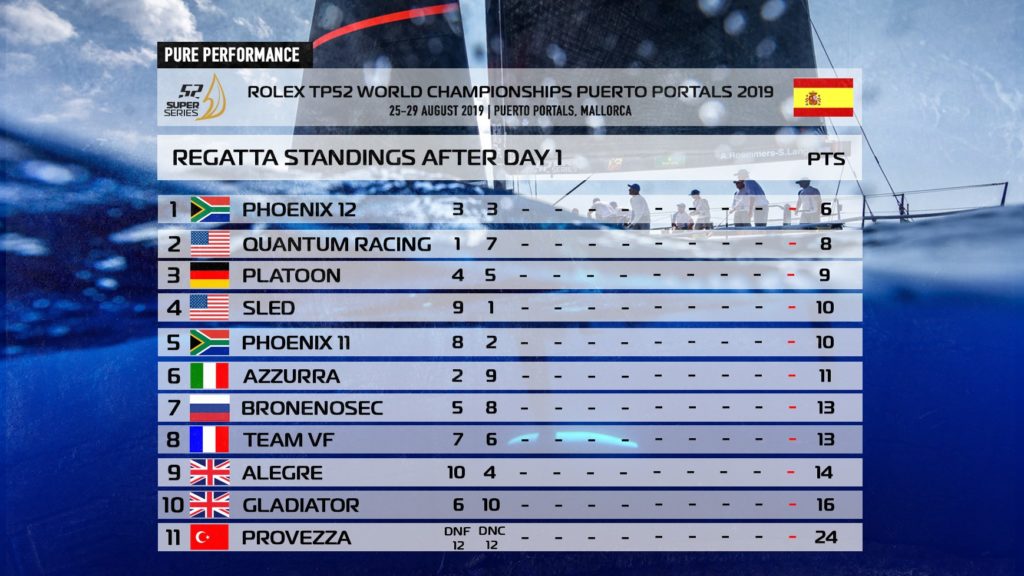