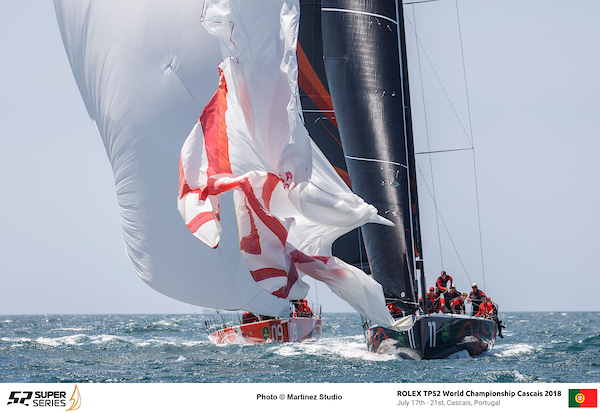 That’s loads of sailcloth to get down and stowed quickly.

The coastal race off Cascais, Portugal, yesterday produced some back-to-basics ‘Seat-of-the-pants’ sailing, while Phoenix, carrying the South African flag on her mainsail, rose from her slumber of the previous 4 races to score a hard-earned 2nd place.

Quantum Racing won the coastal race, and while the five-time world title winners delivered an accomplished victory – never far enough ahead of the pack to relax even for a moment – they had to rely on ‘seat-of-the-pants’, intuitive sailing skills for much of the course.

After their electronics shut down entirely at the first leeward turn – less than 30-minutes into the 20-nautical-miles course upwind Dean Barker and the Quantum Racing crew were forced to rely on their natural feel for the boat.

“We lost our instruments at the first bottom mark, and so we sailed virtually the whole race with no instruments. That was interesting. That made life a little more challenging than it needed to be,” Quantum Racing helm Barker revealed, “The guys did a great job then just keeping the boat going fast and dealing with a ‘zero information’ situation. It was back to seat of the pants stuff. But it is amazing that because you sail the boat so much you do develop a very good feeling for how it is going. I think we did a good job preserving that little bit of lead we had.” 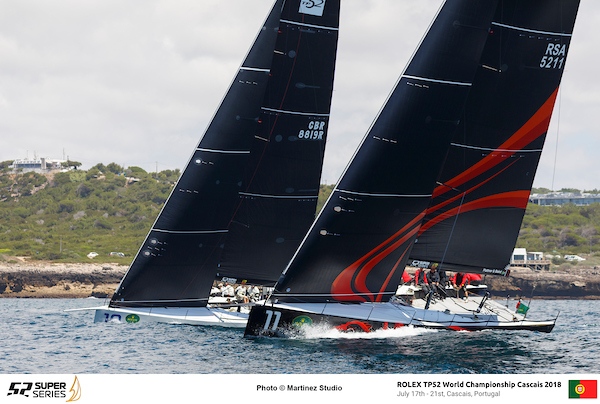 With racing so close there is no room for errors.

This coastal race delivered between 40 and 45 tacks and gybes over its length, including an engaging passage up the shore closing up to Cabo Raso followed by a long run back in the direction of Lisbon, during which there were gains and losses to be made.

With Ed Baird calling tactics for owner-driver Hasso Plattner, Phoenix made good gains on a close, exciting tacking spell up the shore towards the cape, when the gain was to be had in the shore. And so at the top turn of the course, Quantum Racing led Phoenix, which had got the better of the scrapping pair of Sled and Alegre. 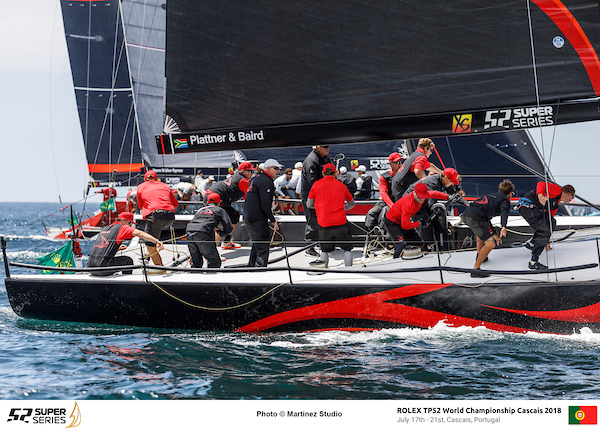 There is no let-up for the crew in these races.

On the downwind, Sled found a vein of sustained extra wind-pressure offshore, which allowed them to erode nearly 100 metres of Quantum Racing’s lead. But Phoenix then positioned themselves better, to windward on the upwind to the finish, and Plattner’s crew were able to hold on to second.

That’s a great result for Phoenix, and one which mirrored its similar placings in the last series in Croatia. Let’s hope that with just 4 scheduled races left to sail, Phoenix will rise and be right up there, leapfrogging up the leaderboard.