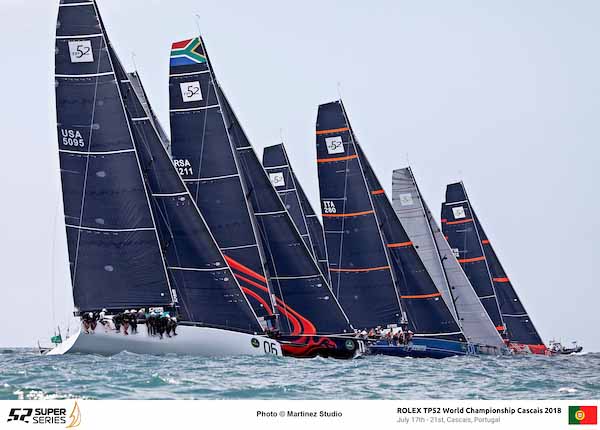 On the start line.

Holding high expectations after winning the Royal Cup in Zadar, Croatia last month, the opening day of the Rolex TP52 World Championship proved to be a big disappointment for the Luna Rossa team. A hydraulic failure less than one minute before the start of Race 1 doused their hopes immediately. And in the second breezy race – the windiest they have sailed as team – they struggled to find speed and balance to be competitive in the 20 – 28kts winds and waves.

But Patrizio Bertelli’s emblematic America’s Cup team showed equal measures of fighting spirit, finesse and competitive edge as top boat for the day yesterday, finishing with a 1 and 3 to claw their way back to fourth overall on the world title leaderboard.

With 15kts on the start line of Race 3 of the series, there were different lanes of pressure, and the simple maxims that usually hold true on what is often considered a one way racetrack did not necessarily hold true 100% of the time. There were still opportunities for gains and losses, and once again mechanical failures or human errors – especially on kite hoists – proved costly. Hard-earned gains evaporating painfully in a matter of seconds. 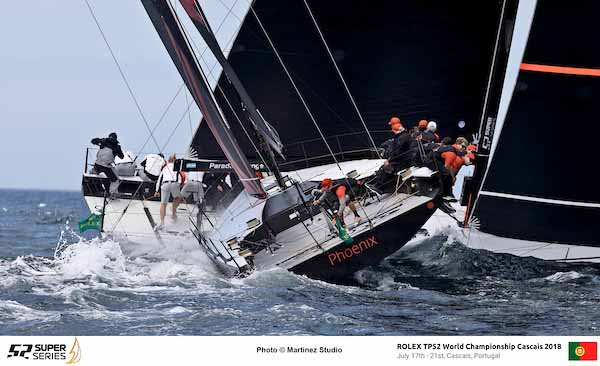 That looks too close for comfort.

Vasco Vascotto and Jimmy Spithill, along with navigator Francesco Mongelli showed how to use the favoured left end of the line and today having the speed to get across the fleet and then set up for a perfect layline to the first turn, forcing others to stand on and sail more distance and others to double tack.

The fleet clustered at the committee boat for the second race start, but it was Alegre that had the brains and the balls to run down the line to use the left-end bias, tack on the gun and cross the fleet on port tack. That gave them a useful early lead and on the start of the first part of a six-mile run, they were around 100 metres clear.

Phoenix, with a smattering of South Africans aboard and led by Hasso & Tina Plattner, could only manage two 8th places on the day.