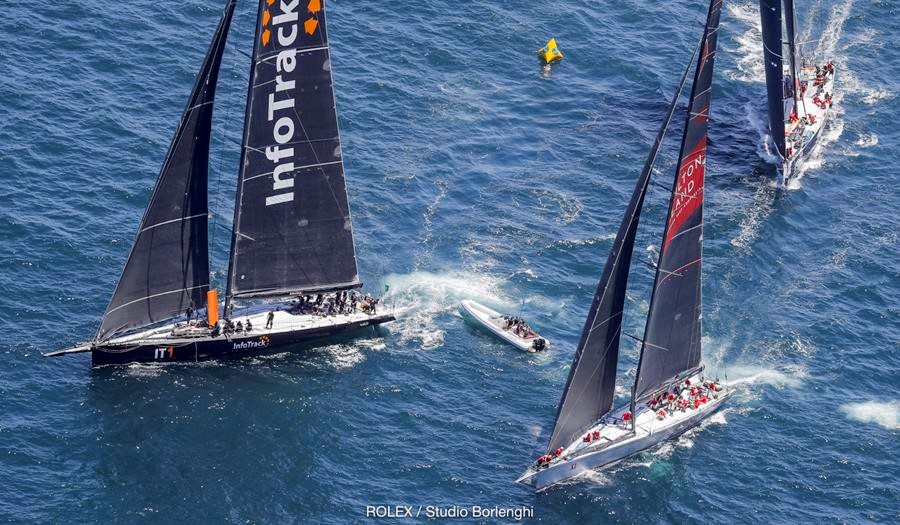 There may be a four-way tussle for line honours.
Pic by ROLEX/Studio Borlenghi

The prospect of the Rolex Sydney Hobart Yacht Race finishing in an historic four-way tussle on the Derwent River is on the cards, believes Mark Richards, skipper of eight times winner ‘Wild Oats XI’.

Richards was speaking on Wednesday afternoon as ‘Wild Oats XI’, ‘Black Jack’ and ‘InfoTrack’ were hot on the trails of race leader and last year’s winner, ‘Comanche’, in a race that was poised to end in an unprecedented battle between the four super maxis for line honours.

About five nautical miles separated the four boats as they sailed across the Bass Strait towards Tasmania in 15-25 knot north easterly winds. But during the day the breeze varied, dropping at times to six knots.

“I think it will go all the way to the finish line.” 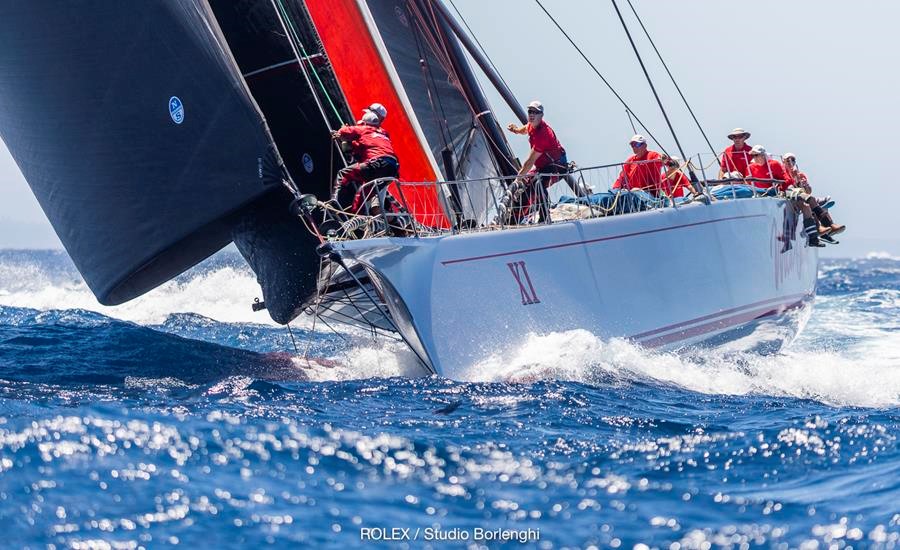 Wild Oats XI has been jostling for position in the closest race ever.
Pic by ROLEX/Studio Borlenghi

Richards was unsure about what time ‘Wild Oats XI’ may cross the finish line in Hobart, saying: “It’s hard to know. We are thinking, sort of six or seven in the morning. It depends on the breeze.” However, he said if the breeze weakens the finish “could be a lot later.”

So tight has been the race between the front runners, Richards could not foresee any opportunity to jump away from ‘Wild Oats XI’s’ rivals.

“It is going to be a very tight race. But we lost about eight miles (earlier when they were caught on the wrong side of a high pressure ridge) very, very quickly. So that is how quickly it can change.”

Richards said that otherwise, ‘Wild Oats XI’ had had a problem free sail. “The guys have done an awesome job. We have had every sail up about 10 times. So far so good.”

Meanwhile, Tom Addis, navigator on ‘Black Jack’, shared a similar assessment of the probable outcome to this Sydney Hobart race.

“It’s not usual to have four quite different boats all in the same patch of water,” said Addis, speaking moments before Richards.

“These boats are all very different. They all have different strengths and weaknesses. This is the most interesting race in the 100 footers.”

But when asked if he could envisage a finale with all four maxis fighting for the line honours win on the Derwent River, he said: “There’s a good chance that we’re all going to be together.”

However, when pressed on ‘Black Jack’s’ chances, Addis said they were “quite good,” and would continue to be helped with weaker winds.

“We’re really strong in about 8 knots. If it is more than 10-12 knots, the more powerful boats go faster. But if it’s lighter, we can go a lot faster than them. We’re hoping for a shut down.” 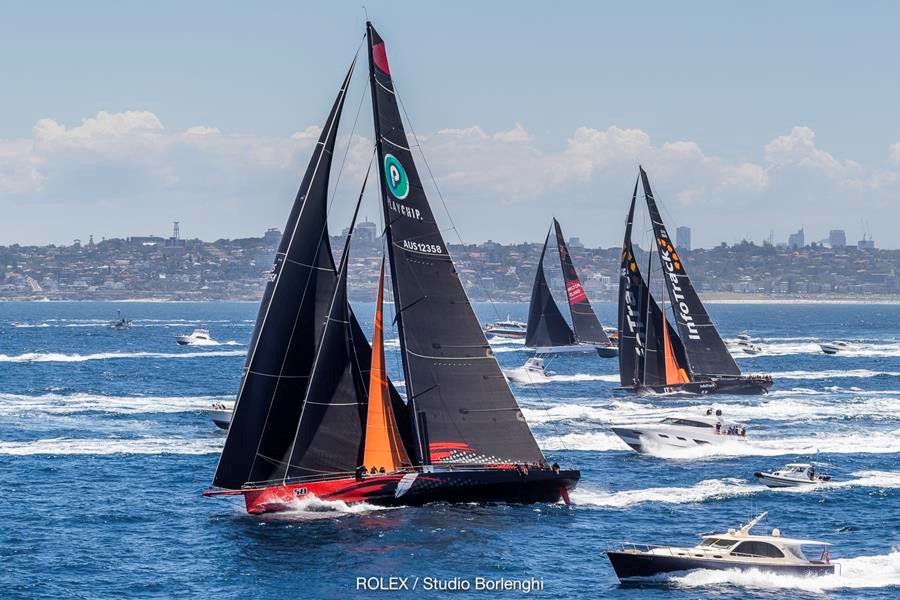 The competition for line honours is just heating up.
Pic by ROLEX/Studio Borlenghi