Rolex Sydney Hobart Race. A Record on the Cards 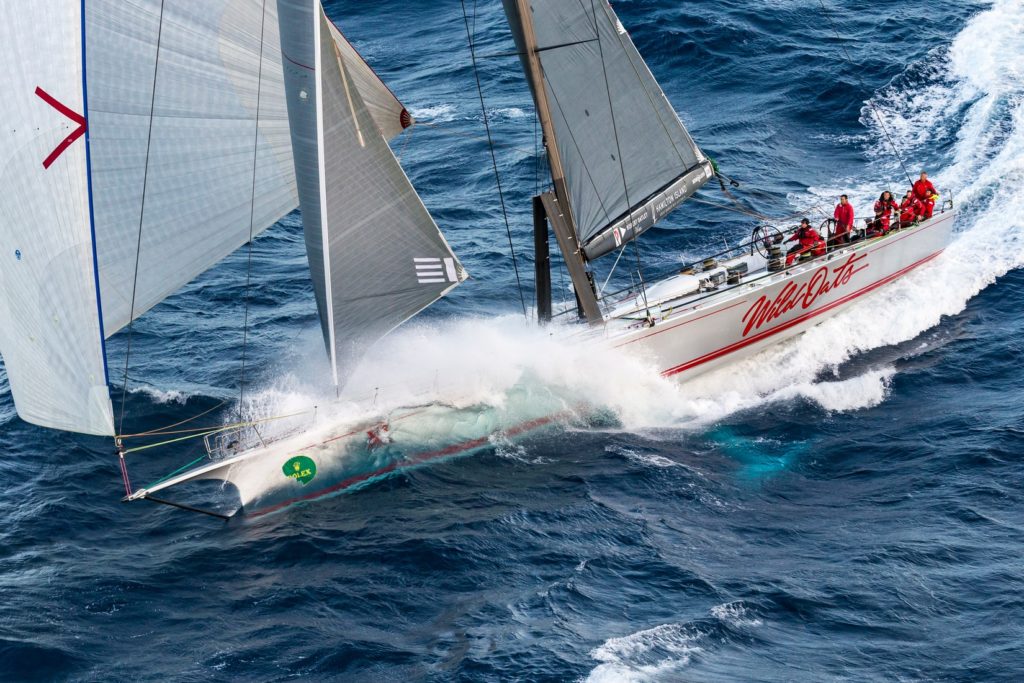 The two leading supermaxis LDV Comanche and Wild Oats XI are heading to a race record finish in the Derwent later today.

They are each sailing down the Tasmanian east coast at 20-30 knots before a strong north-easterly wind, LDV Comanche 11 miles ahead of the eight-time winner.

The computer prediction shows a finish for both after 10h00 today, although that could be later once they turn at Tasman Island and tackle Storm Bay and the river. The good news is that the Bureau of Meteorology is forecasting a continuing north-easterly in the river tonight, which, while not from a favourable direction, at least represents continuing wind. 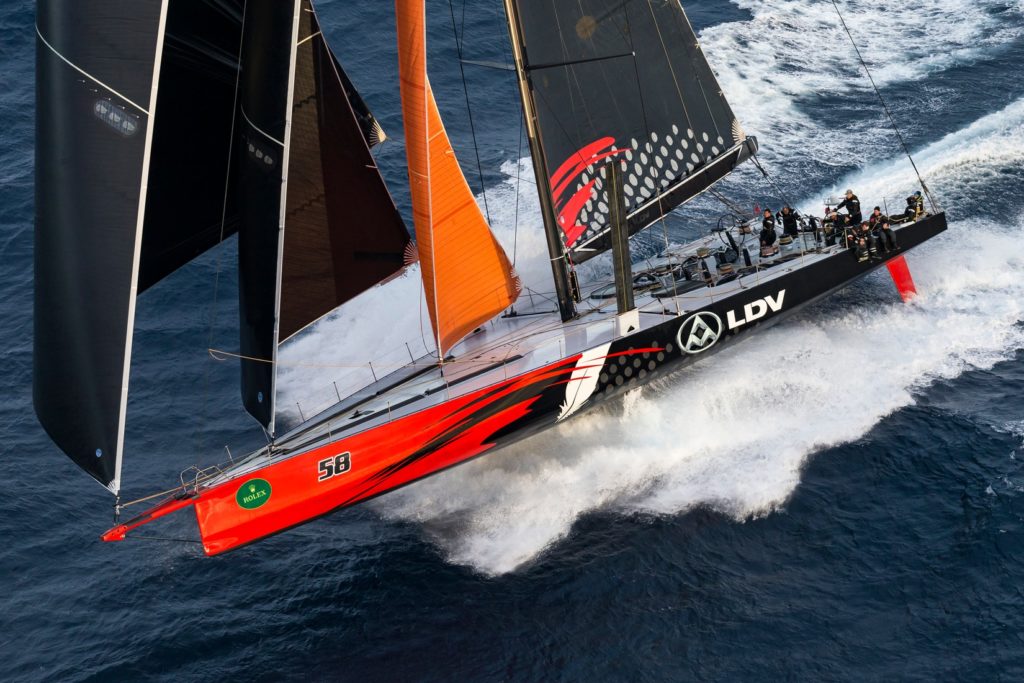 Should LDV Comanche maintain her lead, it could render irrelevant her protest against Wild Oats XI for a tacking incident between the two shortly after the race start in Sydney. Oats had the opportunity to complete a 720-degree penalty but chose not to, indicating she feels she did nothing wrong.

Therefore, with a penalty of a minimum five minutes at stake, if Wild Oats XI crosses first, the line honours result could depend on the outcome of an international jury hearing in Hobart of the Comanche protest.

Wild Oats XI had managed to close the gap during the morning despite ripping the top out of the headsail most suited to the conditions. Skipper Mark Richards reported that the yacht had sailed “bare-headed” – mainsail only – for some time while the remnants of the damaged sail were recovered and a new sail set.

Corrected time honours are between the next wave in the fleet, with Matt Allen’s new TP52 Ichi Ban ahead of last year’s winner, the Volvo 70 Giacomo, now sailing as Wizard under its new American owners, Peter and David Askew.

The fleet stands at 101, with one retirement, the German TP52 Rockall, which suffered a broken rudder south of Eden.