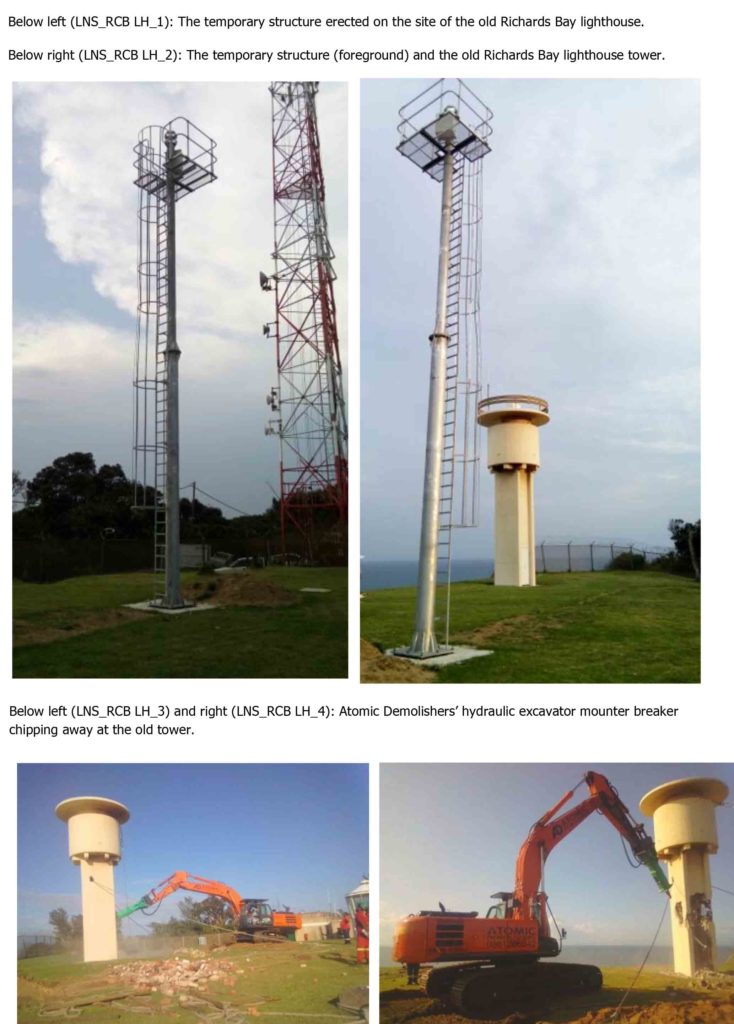 Transnet National Ports Authority (TNPA) has erected a temporary light and structure on the site of the old Richards Bay lighthouse to guide vessels navigating the surrounding waters. This follows the recent demolition of the 39-year-old lighthouse due to severe coastal erosion.

The new, temporary structure was successfully commissioned on 1 April 2018 after a period of testing and calibration. The steel structure was fabricated by a local company, while the LED long range beacon was shipped from the United Kingdom.

The original lighthouse situated at Meerensee was commissioned on May 22, 1979 and stood more than 200 metres from the edge of the cliff at the time of its construction. More recently the structure had come close to toppling into the sea.

“The South African Maritime Safety Authority was informed and a navigational warning was issued. TNPA’s LNS division issued a tender calling for specialist advice for the demolition and removal of the structure and four unique proposals were received from well-established contractors,” he said.

The proposal submitted by Atomic Demolishers was selected and TNPA LNS enlisted their services in March 2018. 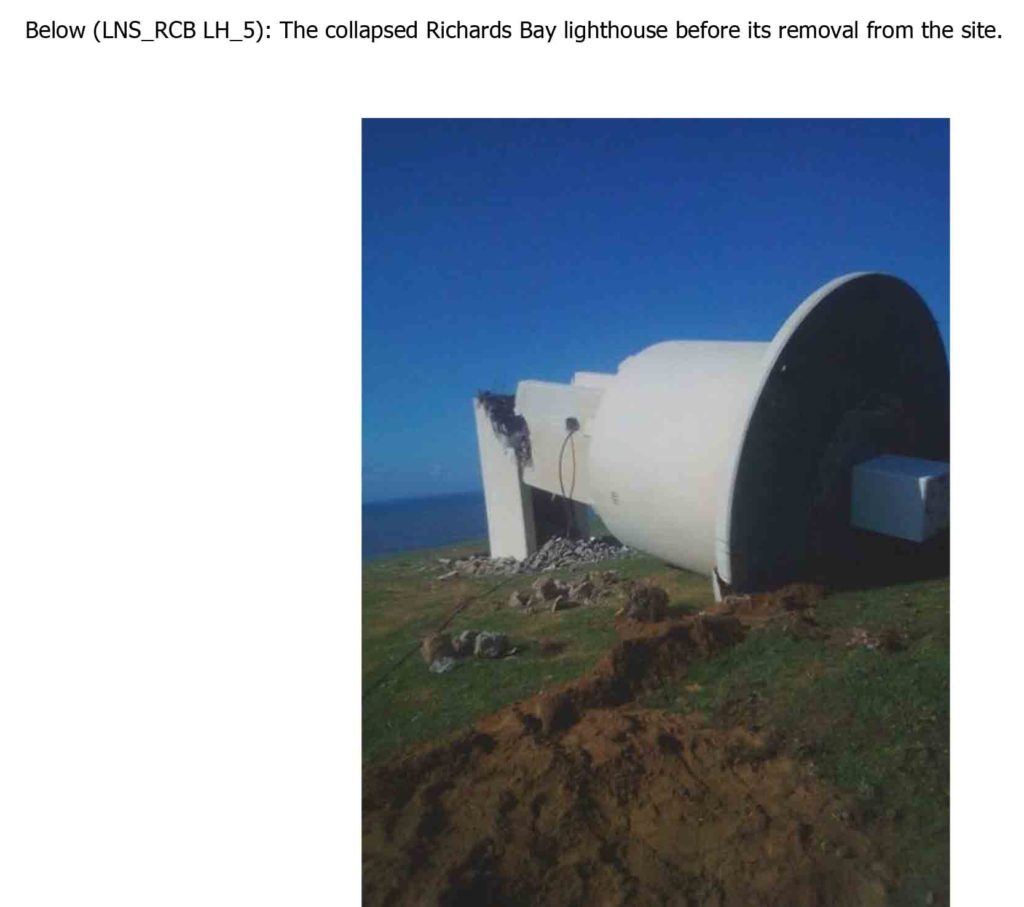 Their proposal involved anchoring the structure to two purpose-built concrete anchors and pre-tensioned cables, in order to secure and control the direction of the structure’s collapse. The site was handed over to the contractor on 12 April 2018 and the demolition took place under the guidance of a structural engineer.

Once the pre-tensioning was completed, the base of the tower was chipped and broken away using a hydraulic excavator mounted breaker. The tower was collapsed and broken up, and the concrete rubble was transported and disposed of. LNS conducted a final inspection on 4 May 2018.

Access to the dune face is presently restricted by a newly-erected wire fence.

LNS is working with the City of Umhlathuze to put the necessary services in place for a new lighthouse on a new site in Richards Bay. An environmental impact assessment (EIA) is outstanding, however construction of the new lighthouse is expected to begin later this year.

TNPA’s LNS division provides, operates and maintains lighthouses and other Aids to Navigation (AtoNs) along the 2 954 km coastline of South Africa, which is home to 45 lighthouses.