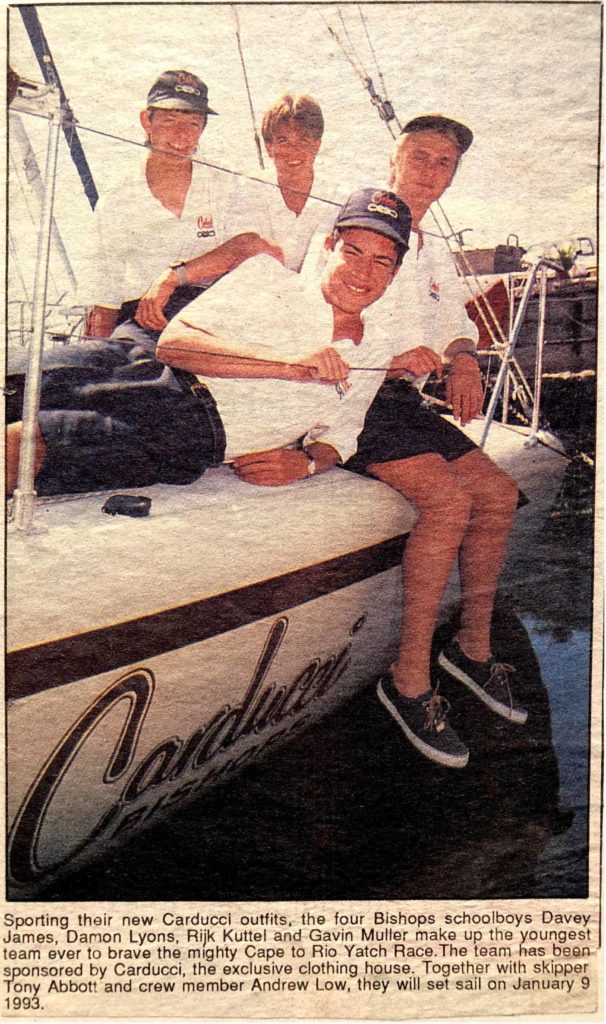 It seems as if I may have hit a sweet spot with my posts under the banner “On this Day. A Newspaper History of Sailing”, and those too of the current Cape to Rio Race as feedback has been continuous and has rekindled memories of the past.

One man who has enjoyed them is Gavin Muller, who as a schoolboy, competed in the Rio Race, and has subsequently done another Rio Race with Dudley Dix, plus many other distance races. He sent me some cuttings from his archives, and these are worth sharing as his story, and indeed those of his fellow crew mates is interesting.

Muller explained to me that the crew were all part of the sailing team at Bishops, with Hugo Leggatt as the master in charge of sailing, and whose inspiration led to their adventure.

Incidentally, Hugo Leggatt is the father of Nick Leggatt – the well-known South African yachtie with tons of international experience to his credit, and some world records too.

Also teaching at Bishops was Tony Abbott who sailed the Lavranos 35 design called ‘Old Brown’ in the St Helena double-handed race. Leggatt convinced Abbot to allow the school to use his boat for the race, and for training in the build up period.

Today, that race is a memory, and obviously a vivid one for many, including Muller. All four schoolboys still sail, with Rijk Kuttel currently sailing double handed on ‘BallyHoo Too’ in the Rio Race, and doing well. 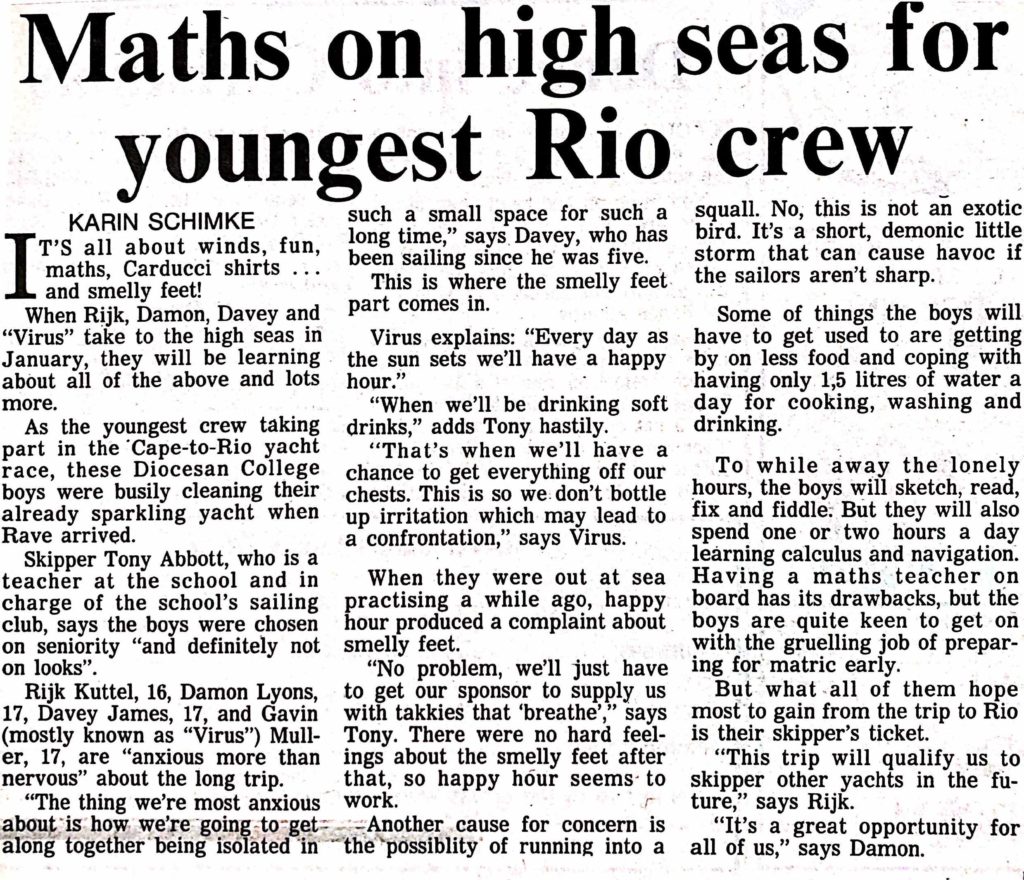 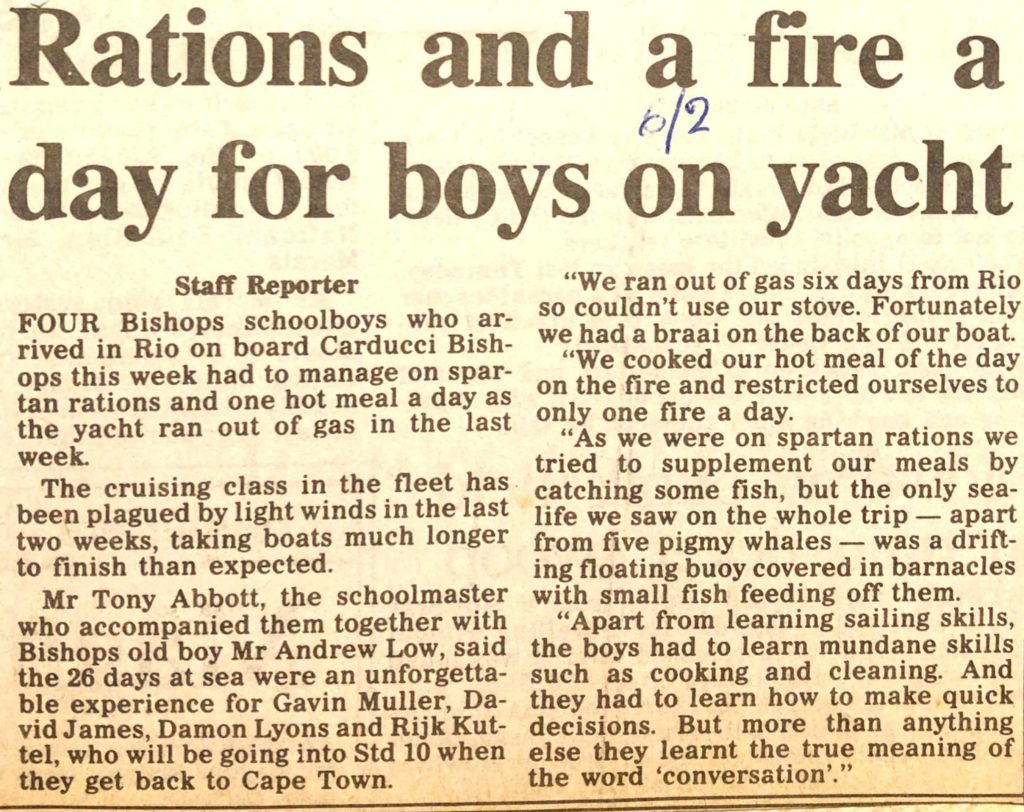 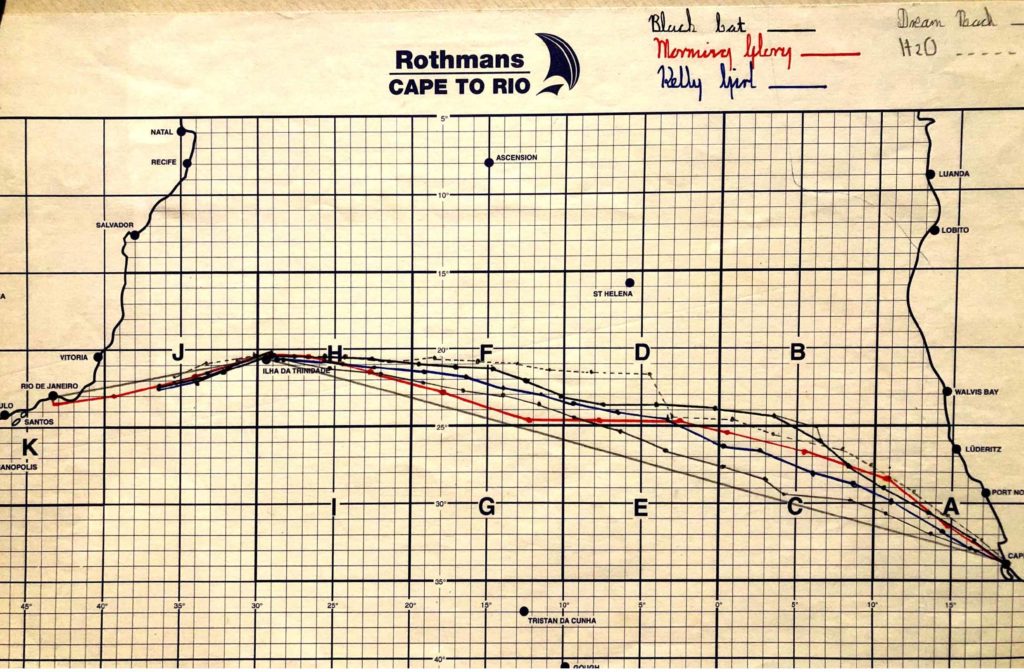 This is how the race was followed in the old days. Positions were taken from the newspapers and plotted on these sheets. 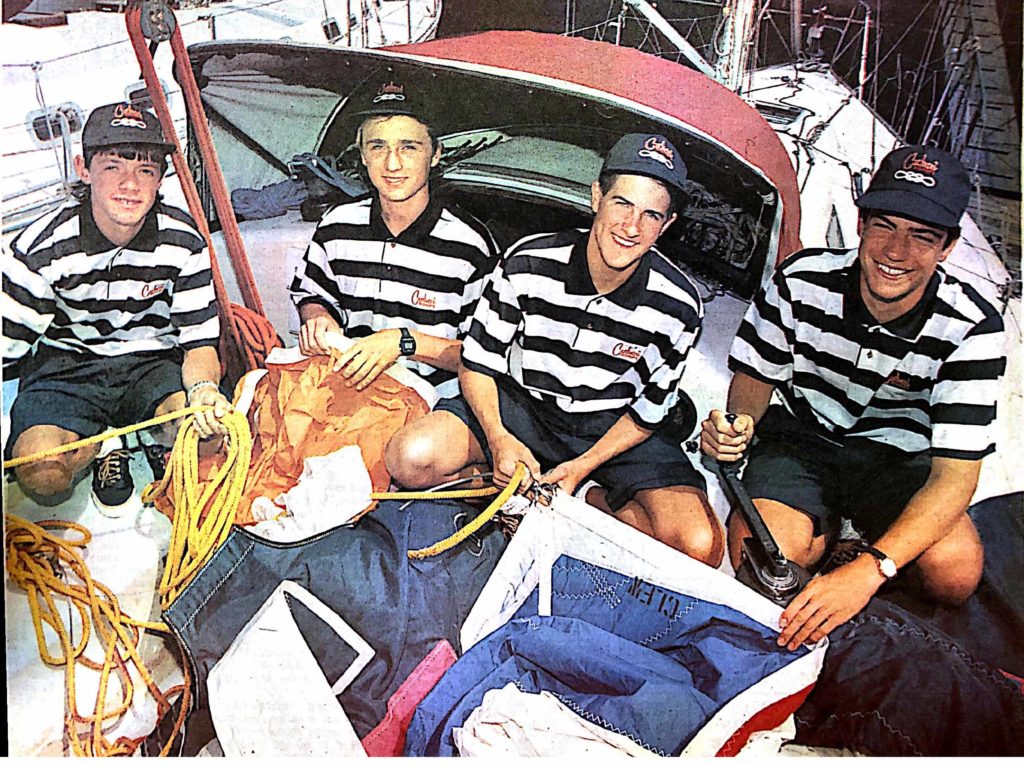 The young Bishops crew smartly dressed in their sponsors gear.