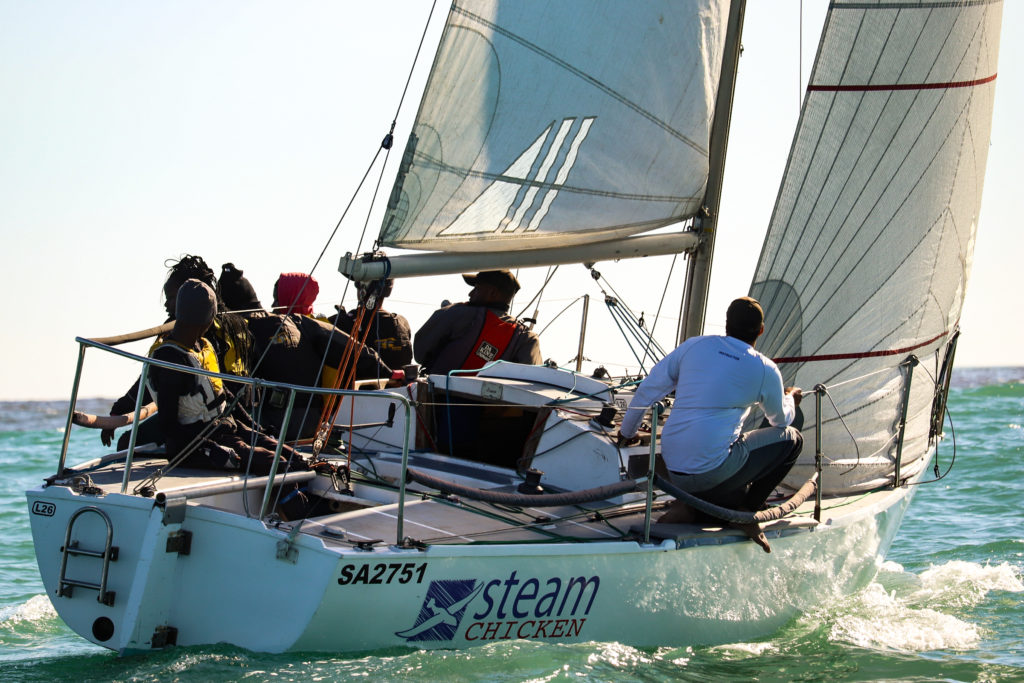 Young sailors from the greater Cape Town metropole gathered at the Royal Cape Yacht Club (RCYC) this weekend to celebrate Youth Day with a unique maritime twist. Situated in Table Bay Harbour, the RCYC houses its own sailing academy, which trains youngsters from all walks of life to sail, with a strong focus of enabling youth from previously disadvantaged backgrounds to learn the necessary skills of not only sailing as a sport, but also how to work as a team, how to maintain a boat and how to overcome challenges and achieve personal goals.

The annual Youth Regatta, organized by RCYC’s Sailing Academy, strives to cast a spotlight on its next generation of sailors, boys and girls, some of whom are from township schools, and others from private schools like Bishops. On the water, background, gender or race do not matter – all that matters is manoeuvring a boat safely and swiftly on the open ocean as a team. 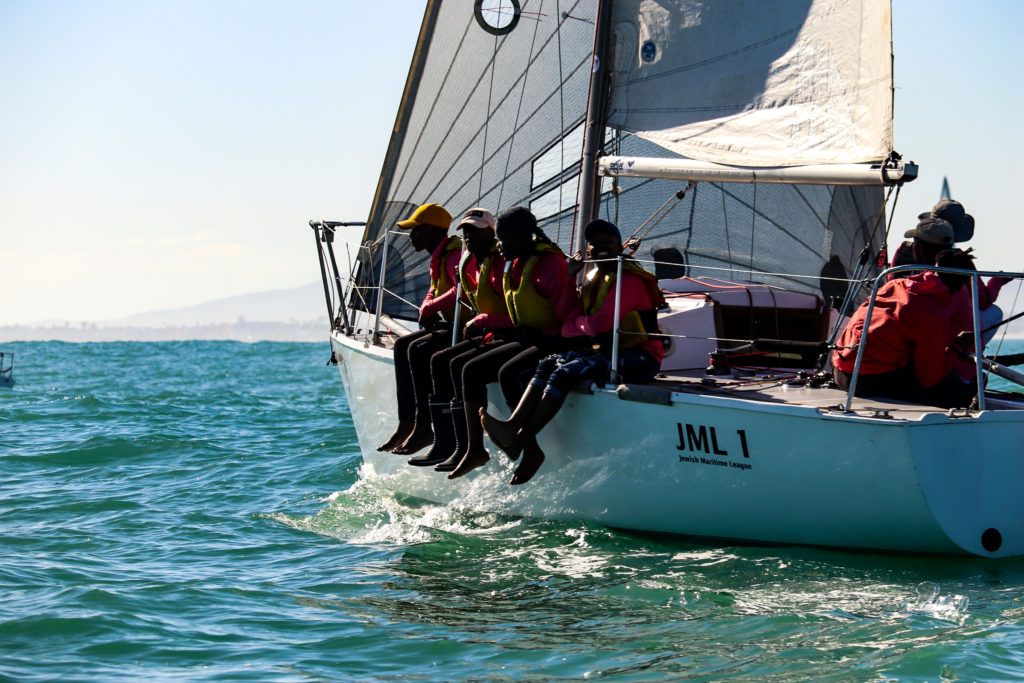 This year’s regatta was organised in partnership with non-profit organisations Sailors for the Sea, Clean C and SEA the Bigger Picture, placing an emphasis on sustainability and the responsibility of every sailor towards keeping the ocean environment (their ‘playground’) clean. 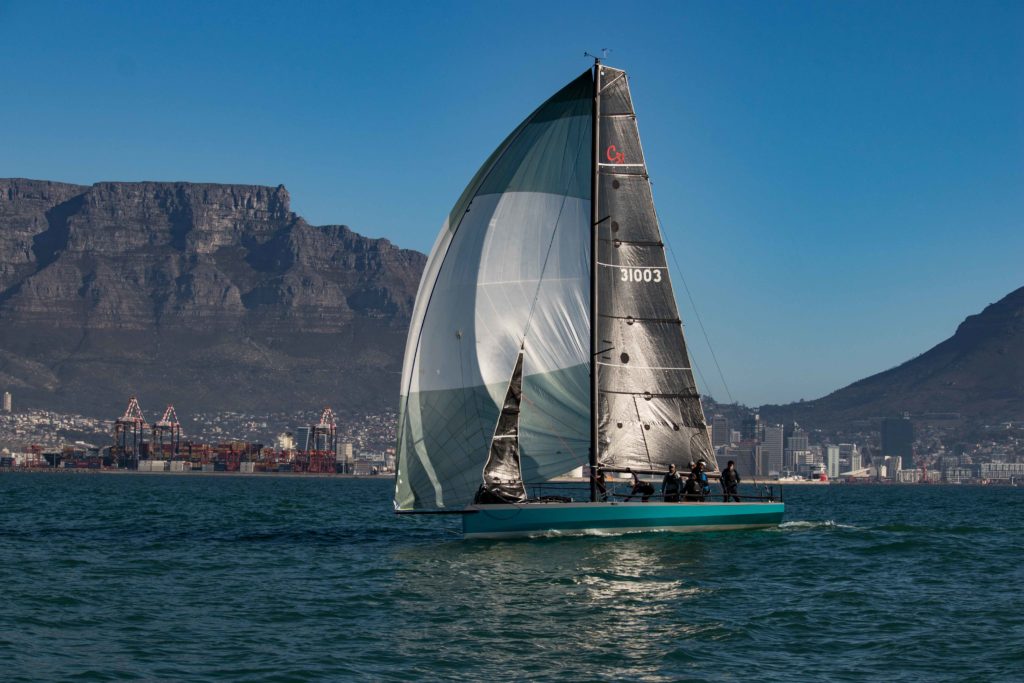 With light wind conditions on Saturday and even less of a breeze on Sunday, 90 sailors, 75 of which youngsters under the age of 28, from various backgrounds raced the 12 participating boats around Table Bay on Saturday, while focussing on cleaning activities and retrieving plastic waste from the ocean surrounding the yacht club on Sunday. Every team was handed a biodegradable bag from local manufacturer Prime Plus Packaging, made from plant starch, with the aim of collecting as much rubbish as possible. 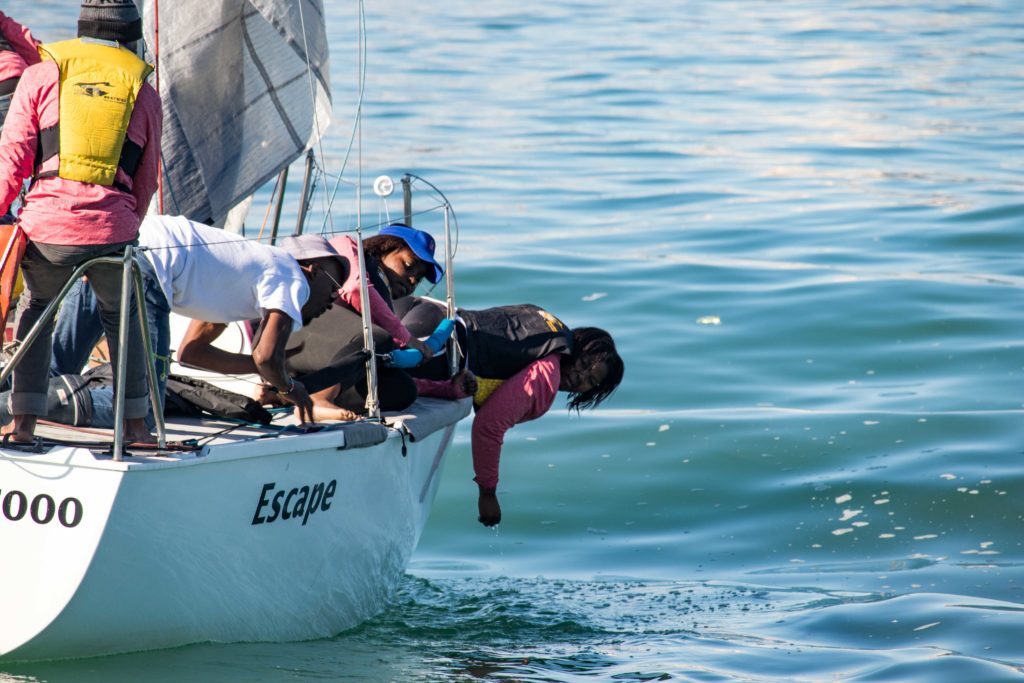 The academy sailors aboard ‘Escape’, one of the Royal Cape Yacht Club Sailing Academy’s training vessels, retrieving plastic from the sea. ‘Escape’ managed to collect the most waste in total.
pic by Matthew du Toit

In total, more than 200kg of plastic waste was fished out of the water – partly from professional divers and partly by academy sailors picking up trash from the ocean surface. The crew from the academy yacht ‘Escape’ proudly won the prize for the team that collected most plastic waste.

Also present during the Youth Regatta were specially invited government delegates: Dumisani Ntuli, acting Deputy Director General of the Department of Transport (Maritime), who encouraged the youngsters to keep transforming the face of sailing and being part of the global maritime economy, and doing so in a way that will ensure a future for them and our oceans; Sabelo Mbuku, Senior Executive for Marketing and Communications at the Transport Education Training Authority (TETA) as well as Thobani Sithole, maritime cadet at South African International Maritime Institute (SAIMI). 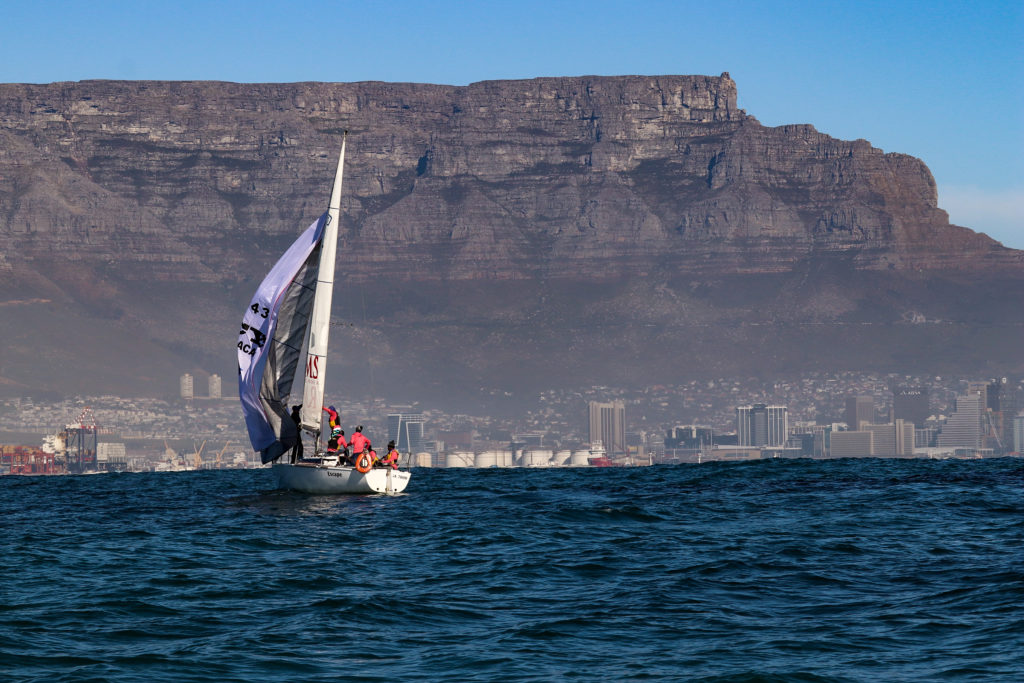 One of the Royal Cape Yacht Club’s academy-owned boats, ‘Escape’, in action during the first day of the Youth Regatta.
pic by Matthew du Toit 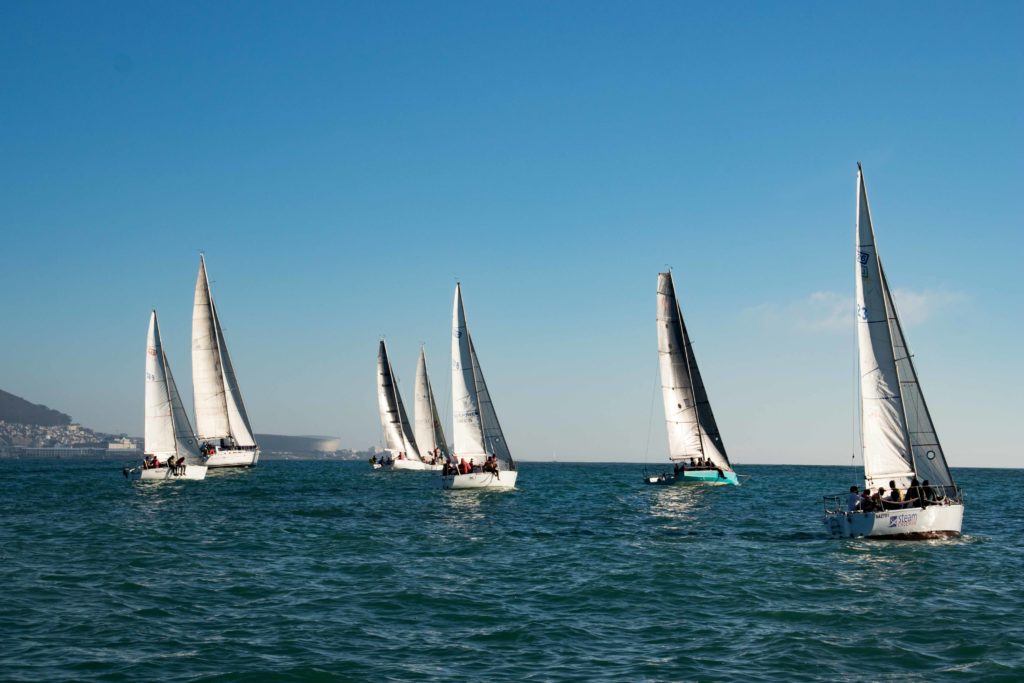 Seven of the twelve participating yachts racing against one another during the Youth Regatta 2019 held in Table Bay on a sunny winter’s day.
pic by Matthew du Toit 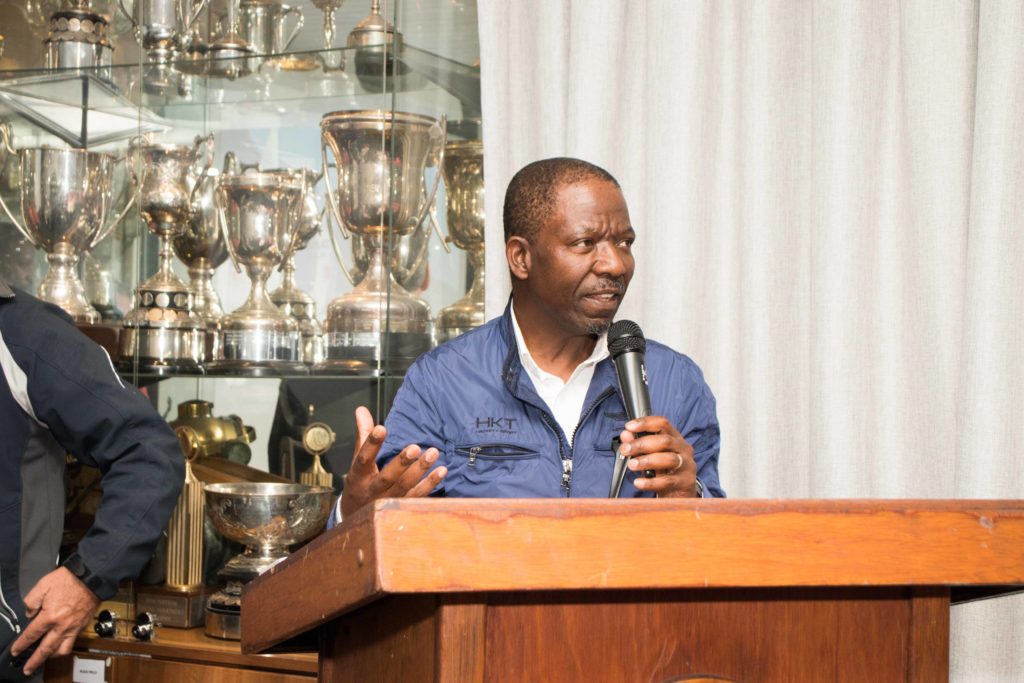