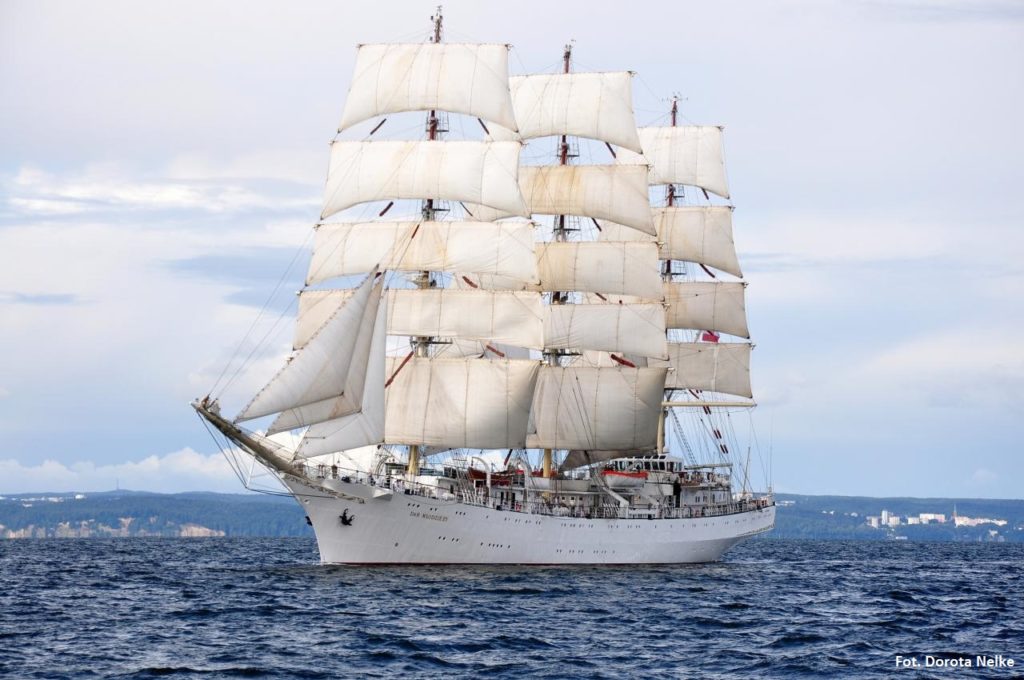 The year 2018 is a very special and important date for Poland. One hundred years ago in November 1918, after 123 years of foreign rule, captivity and oppression, Poland regained its independence.

“Dar Młodzieży”, one of the most famous and beautiful Polish tall ships, will call at the Cape Town port between 15 – 17 August 2018. On this occasion, a number of events focusing on Polish history and culture marking the 100th anniversary of Poland’s regained independence will be held in Cape Town. 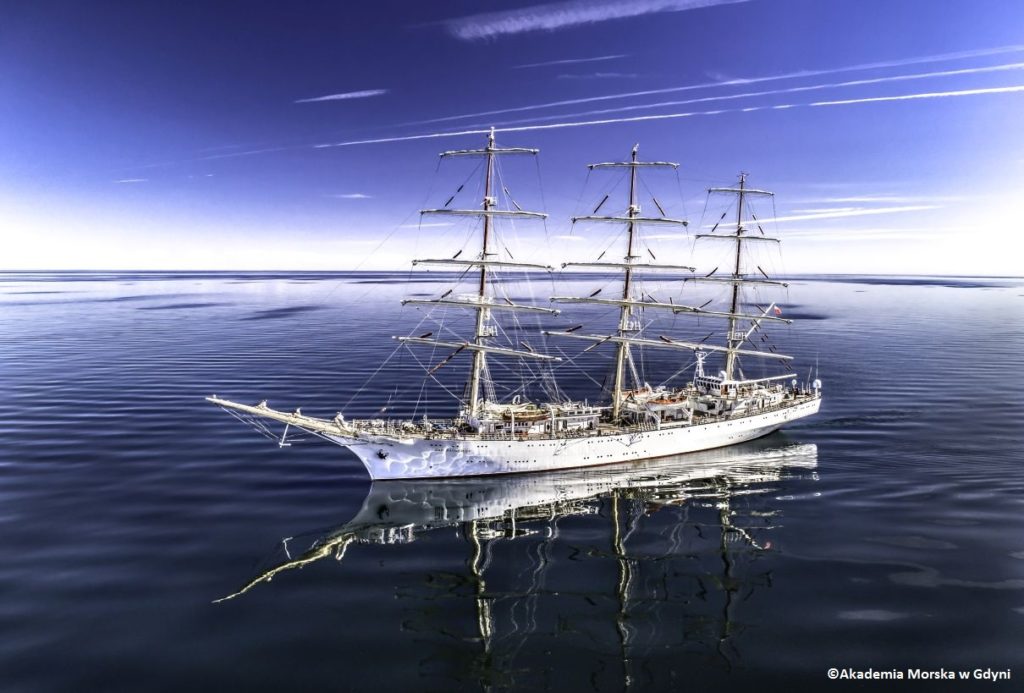 “Dar Młodzieży” will be open to the general public on Wednesday, 15 August 2018 at the V&A Waterfront, on jetty two inside (behind the super yacht Enigma) from Bollard 7 – 13.

Visitors will have a unique opportunity to visit the Polish tall ship, talk to the crew, get acquainted with Polish culture and traditions as well as listen to amazing stories about sailing, sea adventures and the ship itself. Spots on Poland and Polish Roads to Independence will be presented while sightseeing. It will also be possible to view the exhibition “Traces of memory,” which is currently being presented at the Cape Town Holocaust & Genocide Centre.

The aim of the Independence Sail is to celebrate in the global public space the exceptional centenary anniversary of Poland’s regained independence by culminating in the 34th World Youth Day, which will be held in Panama in January 2019. 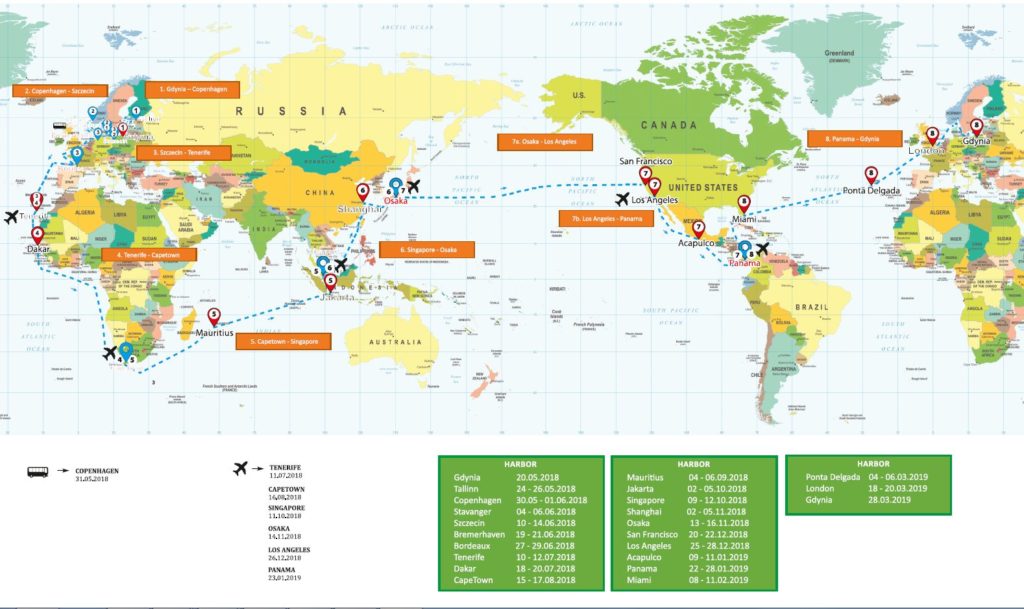 Preparations for the Independence Sail started already in 2017. “Dar Młodzieży” will visit 22 ports around the world. The Polish tall ship will sail to, amongst others, Tallinn, Copenhagen, Stavanger, Bremenhaven, Bordeaux, Tenerife, Dakar, Cape Town, Mauritius, Jakarta, Singapore, Shanghai, Osaka, San Francisco, Los Angeles, Acapulco, Panama, Miami, Ponta Delgada and London. The events marking and celebrating the 100th anniversary of Poland’s regained independence will be held in each of the 22 visited ports. Meetings with the Polish diaspora are also envisaged in the program. During its ten month cruise, approximately 1 000 people will be involved in manning the tall ship, around 600 of them being maritime students from the northern Polish cities of Gdynia and Szczecin. The remaining participants won their spots on the ship in a competition which tested their knowledge about Polish history and naval science. “Dar Młodzieży” will return to Gdynia on 28 March 2019.

Poland’s Road to Independence
The three partitions of Poland (1772-1973, 1793 and 1795) apportioned by the Austrian, Prussian and Russian monarchies saw the removal from the political maps of Europe’s largest state at the end of the 18th century. Although Poles lived in three different states under varying political, social, economic, and cultural conditions on the eve of World War I, they did not give up their dreams of regaining independence.

Given her unfortunate geographical position, Poland’s struggle for independence against the three frequently cooperating empires was very difficult. Despite the separation imposed by the partitions and in the face of the intense Germanization and Russification policies of the occupying powers, the Polish nation retained a strong sense of community and an equally unyielding determination towards unity, freedom, and independence. During the period of servitude, Poles passed down their allegiance to their language and national culture onto new generations of young Poles. 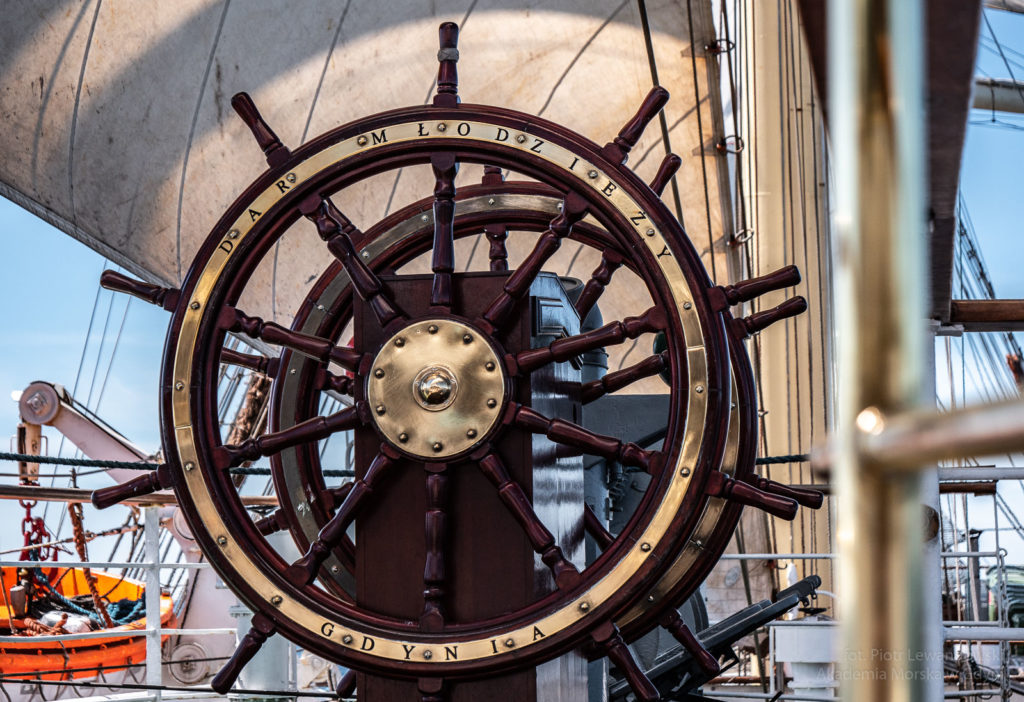 When Poland finally won her independence, it was not only because of the perseverance and dedication of the active part of Polish society, but also because of what happened around them on the international arena. In 1914, Austro-Hungary declared war on Serbia. In the next few days, under the alliance agreements, Russia announced military mobilization against the Austro-Hungarian Empire. In response, Germany declared war on Russia and then on France. The invaders stood on both sides of the front, with Russia in opposition against the alliance of Germany and the Austro-Hungarian Empire. The defeat and the temporary internal disarray of the partitioning powers afforded Poles a unique opportunity to reach for their long-sought independence.

World War I brought about favourable international circumstances, in which Poland’s partitioners stood on opposite sides of the trenches. The luminaries of Polish culture played a great role in efforts to regain independence, such as Ignacy Paderewski who persuaded Western politicians to support the Polish cause. As a result of these efforts, US President Woodrow Wilson acknowledged the restoration of Poland’s independence as one of the conditions of lasting peace in Europe.

November 1918 marked the beginning of the building of an independent Poland, the struggle for its borders and international recognition. For Poles however, the end of World War I did not mean peace: border conflicts with neighbouring states and the war with Bolshevik Russia in 1919-1920 demanded many sacrifices of the recently restored homeland. Despite external difficulties and challenges caused by over 120 years of occupation, Poles successfully created their modern state in 1918.

The live report from the “Independence Sail” can be found HERE