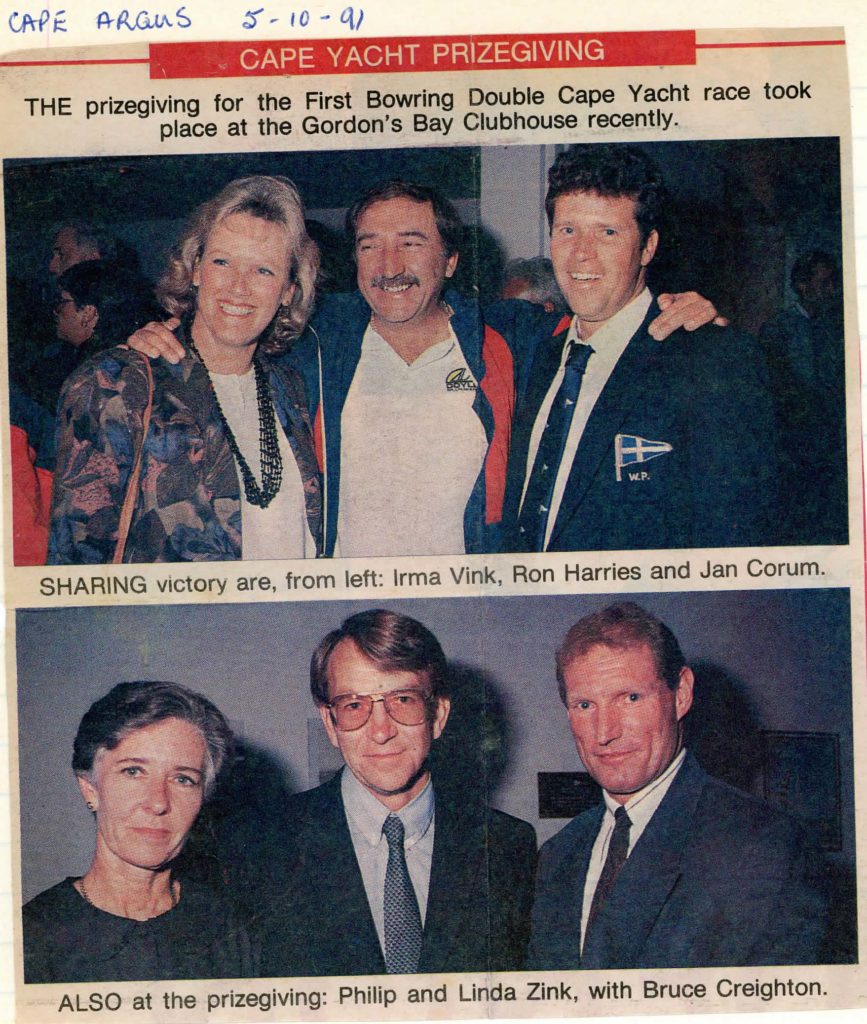 Today we have no info from the ‘60 and ‘70s, but some good stuff anyway as John Martin earned his Provincial Colours; UBS Switzerland won the Whitbread Race; The America’s Cup preliminary rounds began in NZ; enthusiastic juniors enjoyed a training camp; a call went out the Halcatters; and there are some prize giving pics of the First Bowring Double Cape Yacht Race.

John Martin Earns His Province Colours. 1986. His exploits in ‘Voortrekker II’ earned him his colours. Also on the list was the first all-women combination to win a keelboat championship – that being Tieneke Schaap and her crew who won the WP RCOD champs. Read all about it HERE: 1986 05 10 055

Sails All Aflutter As Yachts Get Ready for Cup Challenge. 1986. The preliminaries of the America’s Cup – the greatest event in yachting, begin today. 19 yachts each with 11 crew, and representing 7 countries will be competing over 5 months in 751 races. Read all about it HERE: 1986 10 05 082

Enthusiastic Juniors Enjoy Training Camp. 1989. The Western Province Sailing Association and host club Imperial Yacht Club ran a training camp for 21 novice boys and 3 girls aged between 8 and 13. Read all about it HERE: 1989 10 05 377 32

Call Goes Out to Transvaal Halcatters. 1991. In an attempt to revitalise the class, the Halcat Association is appealing to all Transvaalers among the country’s 2 700 Halcatters to support four events in October & November. Read all about it HERE: 1991 10 05 412 11