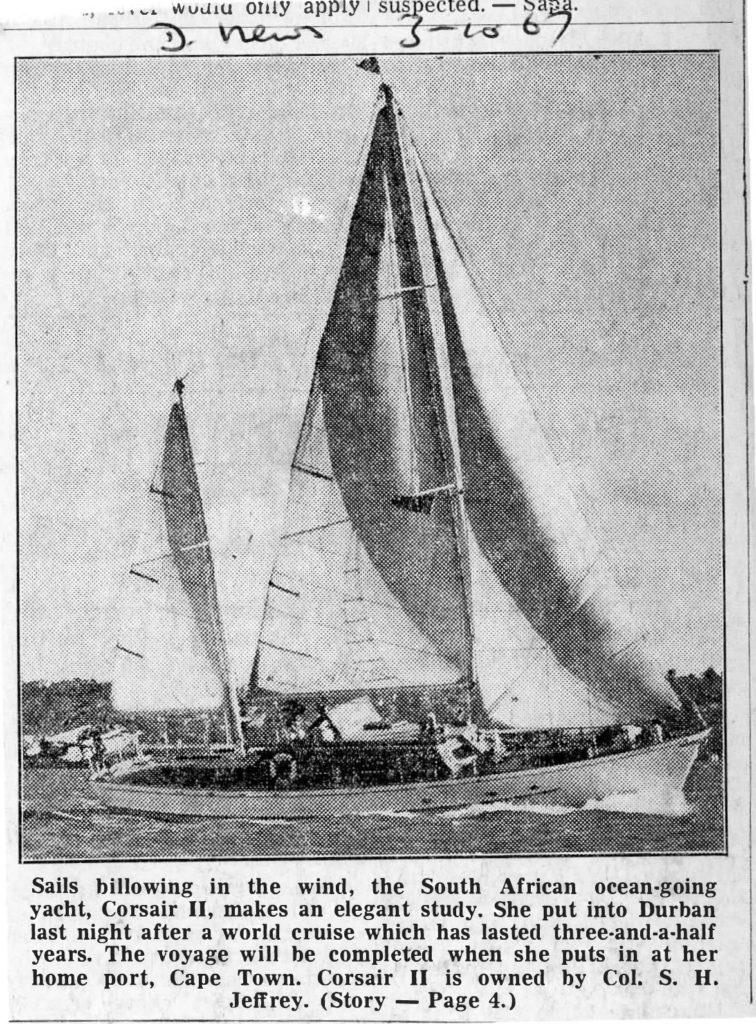 I have been frantically scanning away as I realised that I have so far scanned little from the latter part of the year – so here goes.

Corsair II. 1967. Stan Jeffrey took his trusty steed on a three-and-a-half year cruise, and docked in Durban on her final leg towards Cape Town. Jeffrey became a highly respected sailing administrator within the Cruising Association of South Africa (CASA). The Stan Jeffrey trophy for outstanding administration within the sport is still awarded annually.  Read about it HERE:  1967 10 03 + OCR 2

About “On this Day”
I am busy archiving many boxes of press cuttings I have accumulated and which I guestimate run into tens of thousands! A daunting task which I believe to be necessary before ditching them as I have been concerned for many years about the lack of interest Clubs, Classes and other sailing related organisations give to preserving their history.