On this Day – 24 October. A Peek Into Our Sailing History 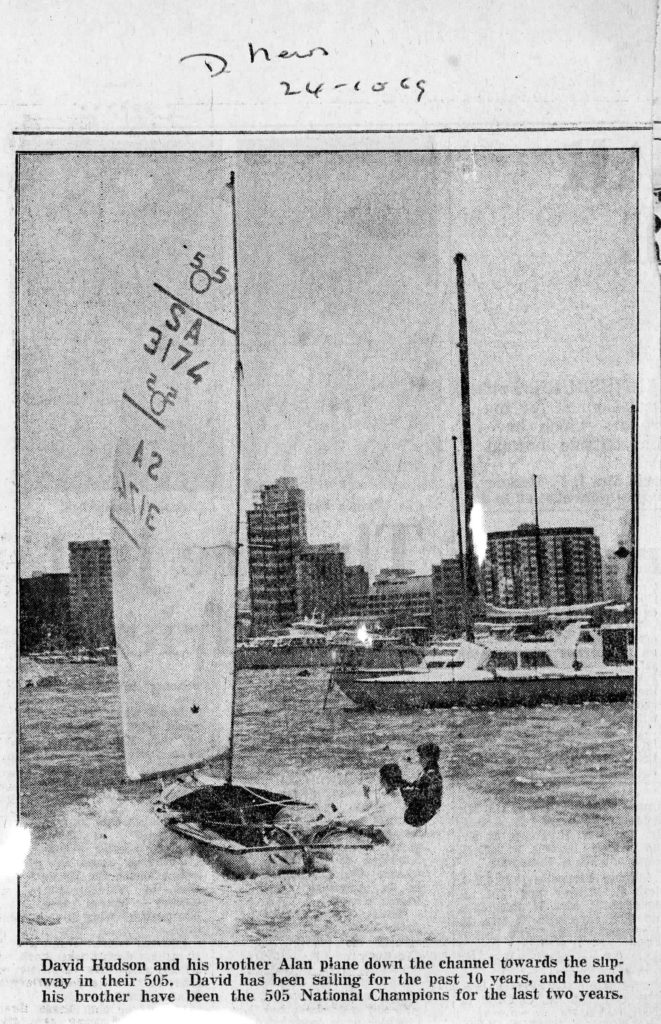 At this time of the year, every year, round-the-world cruisers start turning up at our ports, all with wonderful stories to tell and share with the landlubbers. Today in 1967 was no different! Plus there is a report on an overdue ketch sailing between Lourenco Marques and Durban.

A report in the Cape Times talks about the “460-mile Agulhas race this year”, in what appears to have been the inaugural Agulhas Race? What a pity this race has not stood the test of time.

The SA Navy had confirmed that two of its vessels would be competing in the 1985 South Atlantic Race to Uruguay.

The Fairest Cape said the headline in 1986. But the copy says: “The people of this sub-continent have contrived to turn their fairest Cape into the foullest Cape, and the cleansing of it will not be easy.

And is if a surprise that John Martin is back in the news? Not really as he was at the height of his singlehanded sailing career then. And on the back of this Gautier’s 16-hour penalty in the BOC Challenge was still making waves.

So there’s lots to read today.

1967. “A ‘Not All Romance’ Yacht Voyage”. It all started when Mt Gordon Simmons, a civil engineer of Los Angeles in the United States, began reading “all those books about romantic voyages round the world.” Early today he arrived in Durban with his wife, Cookie, and 17-year-old daughter, Carol, after sailing their 30′ ketch, ‘Atea’, through a night of gale-lashed seas. To read the full report, Click on the following LINK:  1967 10 24 b

1967. “Ketch Is Overdue”. The ‘Carina’, a 31′ ketch being sailed single-handed from Lourenco Marques to Durban, is overdue and there are fears for its safety. (ED. This is the beginning of a massive story which lasted for several days). To read the full report, Click on the following LINK:  1967 10 24.

1969. “460-mile Agulhas Race this Year”. In what is being regarded as a trial of sailing skills among possible skippers and crews for the 1971 Cape-to-Rio race, about 30 ocean-going yachts are expected to take part in a testing, 460-mile race around Cape Agulhas in December. To read the full report, Click on the following LINK:  1969 10 24 957_Redacted

1984. “SA Ships to Sail in 1985 Race to Uruguay”. The South African Navy has confirmed that, thanks to last-minute sponsorship, both of the Navy’s well known ocean racing yachts, ‘Voortrekker’ and ‘Voortrekker II’, will take part in the 1985 South Atlantic race to Uruguay. To read the full report, Click on the following LINK:  1984 10 24 315

1986. “Fairest Cape”. The decision by the organisers of the Whitbread round-the-world race to drop Cape Town as a port of call may seem but a small thread in the blanket of sports isolation that covers the republic, … . To read the full report, Click on the following LINK:  1986 10 24 153 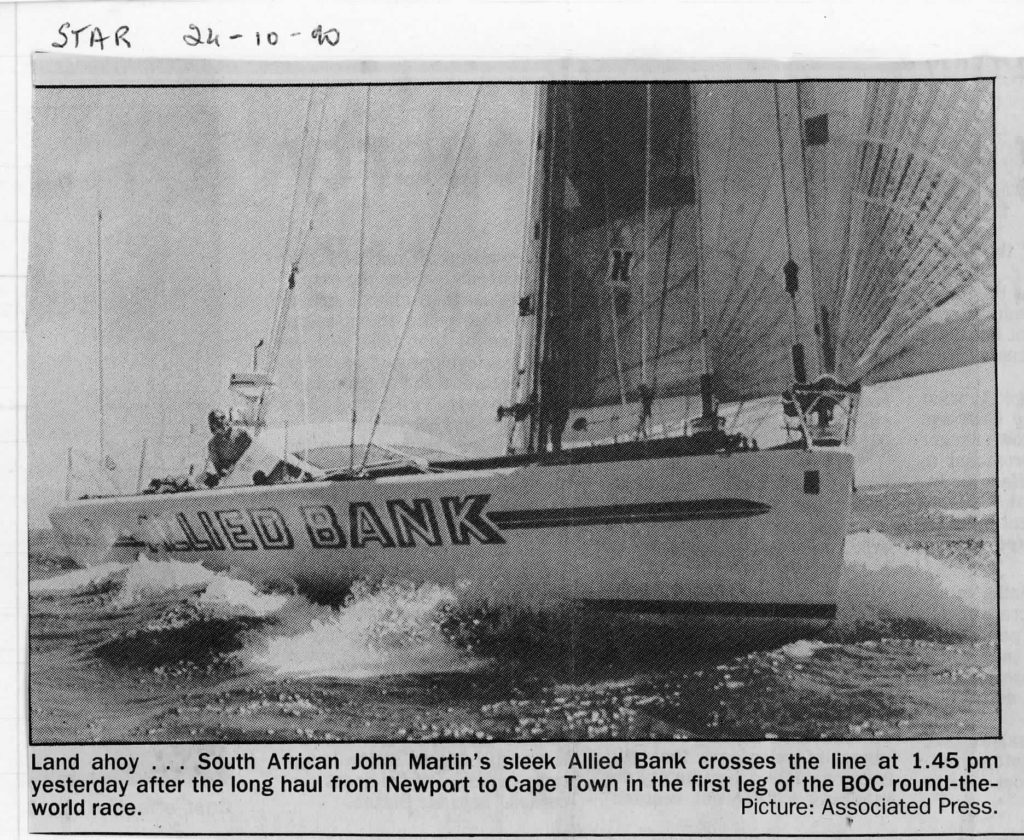