On this Day 23 October. A Peek Into Our Sailing History 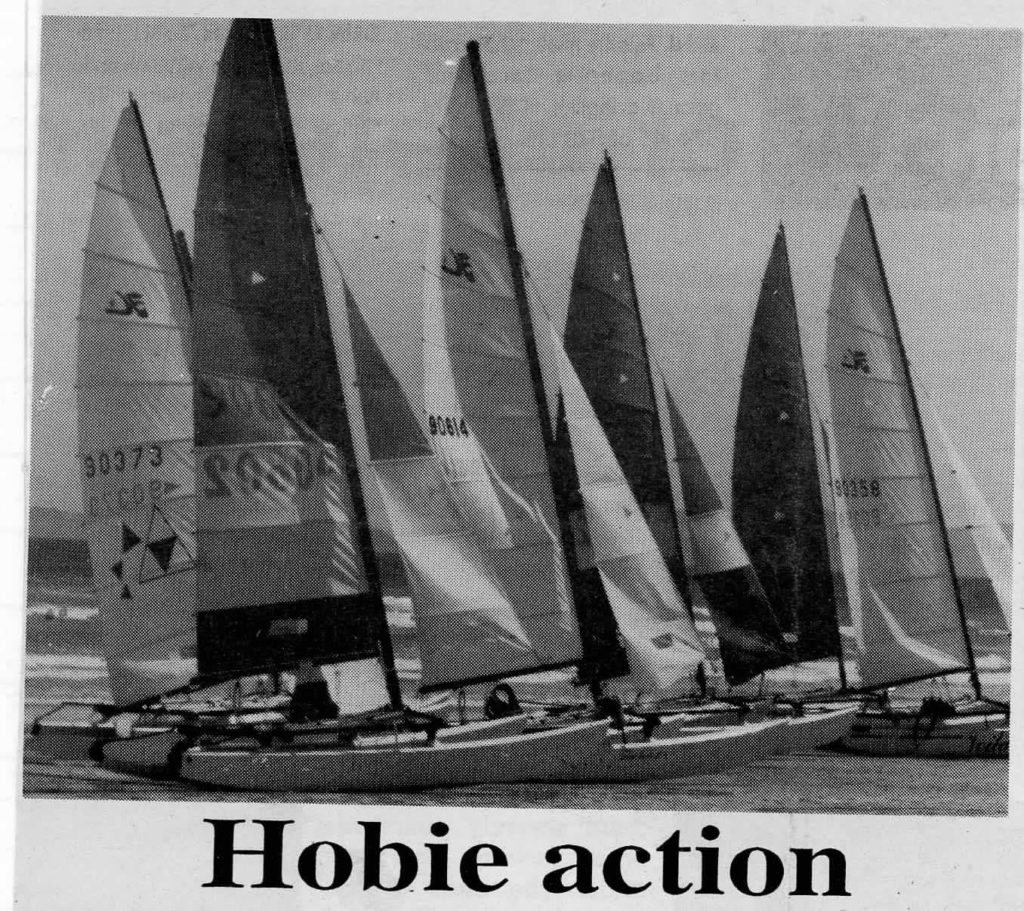 Robin Lee Graham continues to be in the news, and so he should too. And also taking up lots of news space is the Rio Race – with 1969 news of fund-raising for a Durban entry, and news in 1992 of new yachts being launched for the Rio Race.

There’s Hobie news from the Hottentots Holland Beach Sailing Club, while “on this day” in 1993 ‘Endeavour’ smashed the record for the first leg of the Whitbread Race into Punta del Este.

1990. “Gautier Sails In”. French solo sailor Alain Gautier took line honours today in the first leg of the BOC Challenge around-the-world yacht race, but a time penalty could see victory go to one of two close rivals.  To read the full report, Click on the following LINK:  1990 10 23 393

1992. “New Yachts Launched”. New yachts worth an estimated R15-million which have been designed specifically to sail in the Rothmans Cape to Rio yacht race in January will be launched in Cape Town next month.  To read the full report, Click on the following LINK:  1992 10 23 427 40

1992. “HHBSC Sailors Fare Well in Points Regatta”. The wind played along beautifully last weekend for the Hottentots Holland Beach Sailing Club who hosted the second Hobie Points Regatta of the season. To read the full report, Click on the following LINK:  1992 10 23 427 44

1993. “Endeavour Smashes Record”. ‘New Zealand Endeavour’ won the first leg of the Whitbread Cup round the world race into Punta de Este and knocked a day and a half off the record for the route from Southampton. To read the full report, Click on the following LINK:  1993 10 23 208