On This Day – 21 November. A Newspaper History of Sailing 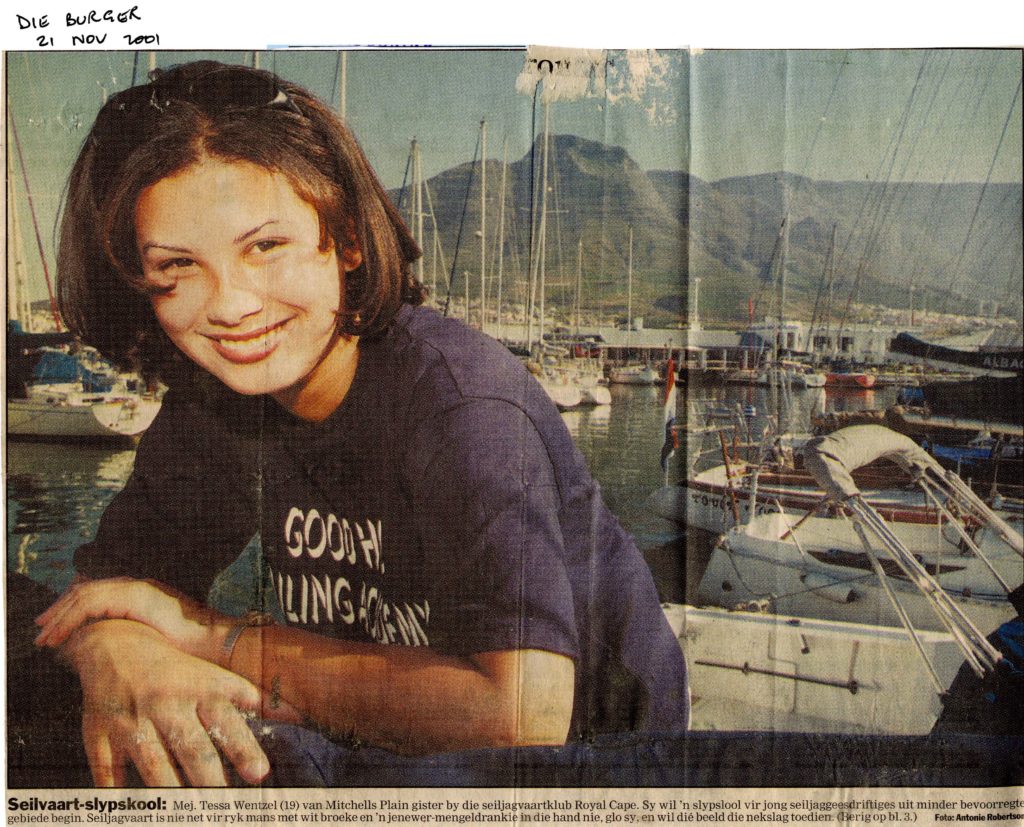 The Rio Race in 1971 struck a chord with so many people around the world that there were many heartbreaking stories about those whose lifetime dreams were about to be shattered. “Yacht stranded – no sponsor” said the headline.

John Martin is in the news today several times as in 1985 he joined Padda Kuttel for the second leg of the Whitbread Race, and in 1990 he signed up for the Globe Challenge.

BOC Challenge competitor John Biddlecombe was rescue in the Atlantic by an SA Navy Minesweeper.

Tessa Wentzel from Mitchells Plain was out to prove that yachting was not just for rich men with white trousers and a gin & tonic in hand.

1970. “Yacht Stranded – No Sponsor”. Because her sponsor has gone insolvent, one of the biggest and most revolutionary yachts entered in the Cape-to-Rio race in January, the ferro-cement ketch, ‘Petralis’, has been stranded at a port on the south coast of England.
To read the full report, Click on the following LINK:  1970 11 21 328_Redacted

1985. “John Martin in Kuttel’s Crew”. John Martin, one of South Africa’s top yacht racing skippers, has joined the international crew of the maxi ‘Portatan’, which with a new mast fitted in Cape Town will start as a hot favourite for line honours in the second (“Roaring Forties”) leg of the Whitbread Round-the-World Race.
To read the full report, Click on the following LINK:  1985 11 21 844

1986. “Yacht Skipper Rescued in High Atlantic Seas”. John Biddlecombe, skipper of the R2-million yacht ‘ACI Crusader’, arrived in Cape Town today a weary and disappointed man after being rescued in the Atlantic.
To read the full report, Click on the following LINK:  1986 11 21 588 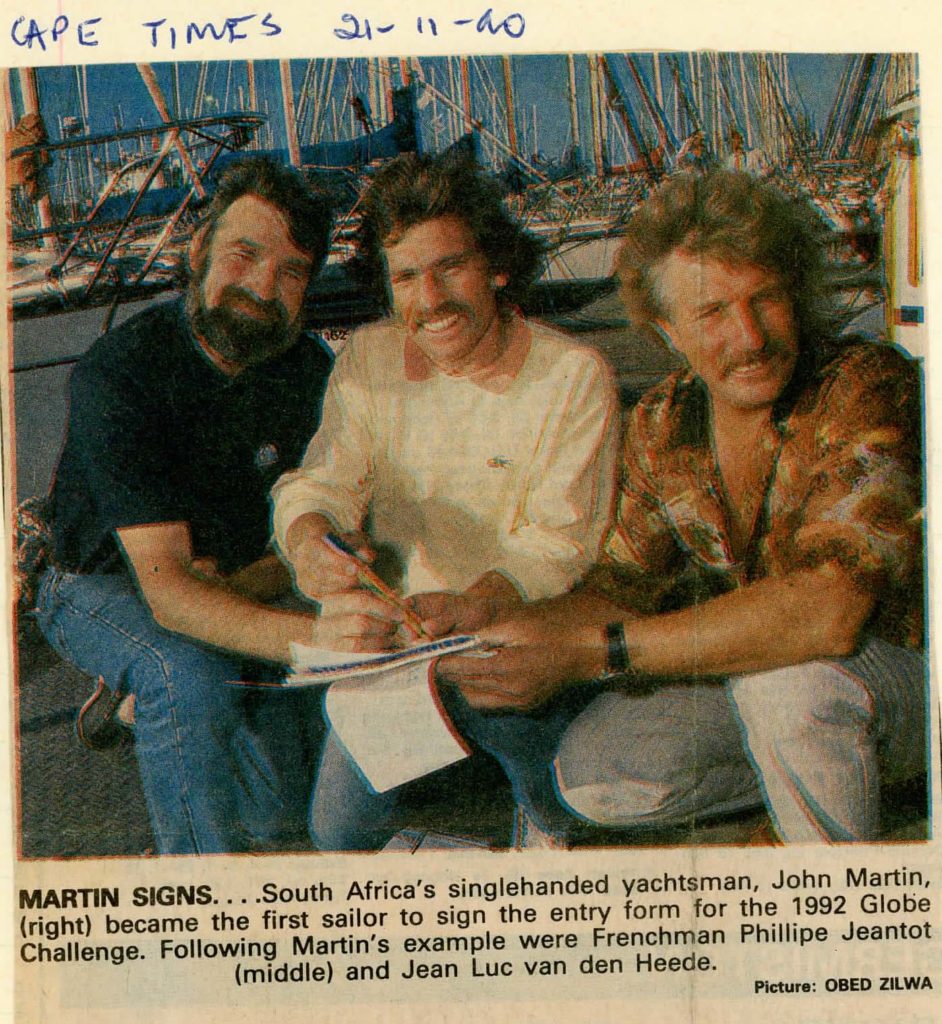 1990. “John Martin Signs Up for the Globe Challenge”. South African yachtsman John Martin yesterday became the first sailor to confirm his entry for the round the world Globe Challenge.
To read the full report, Click on the following LINK:  1990 11 21 394 8

1997. “Silk Cut Races to 24-hour Record Despite Storm”. British yacht ‘Silk Cut’, skippered by Lawrie Smith, has set a new world record for distance travelled in 24 hours by a monohull sailing boat, covering 448,9 nautical miles while competing in the Whitbread Round-the-World race.
To read the full report, Click on the following LINK:  1997 11 21 272