On This Day – 20 November. A Newspaper History of Sailing 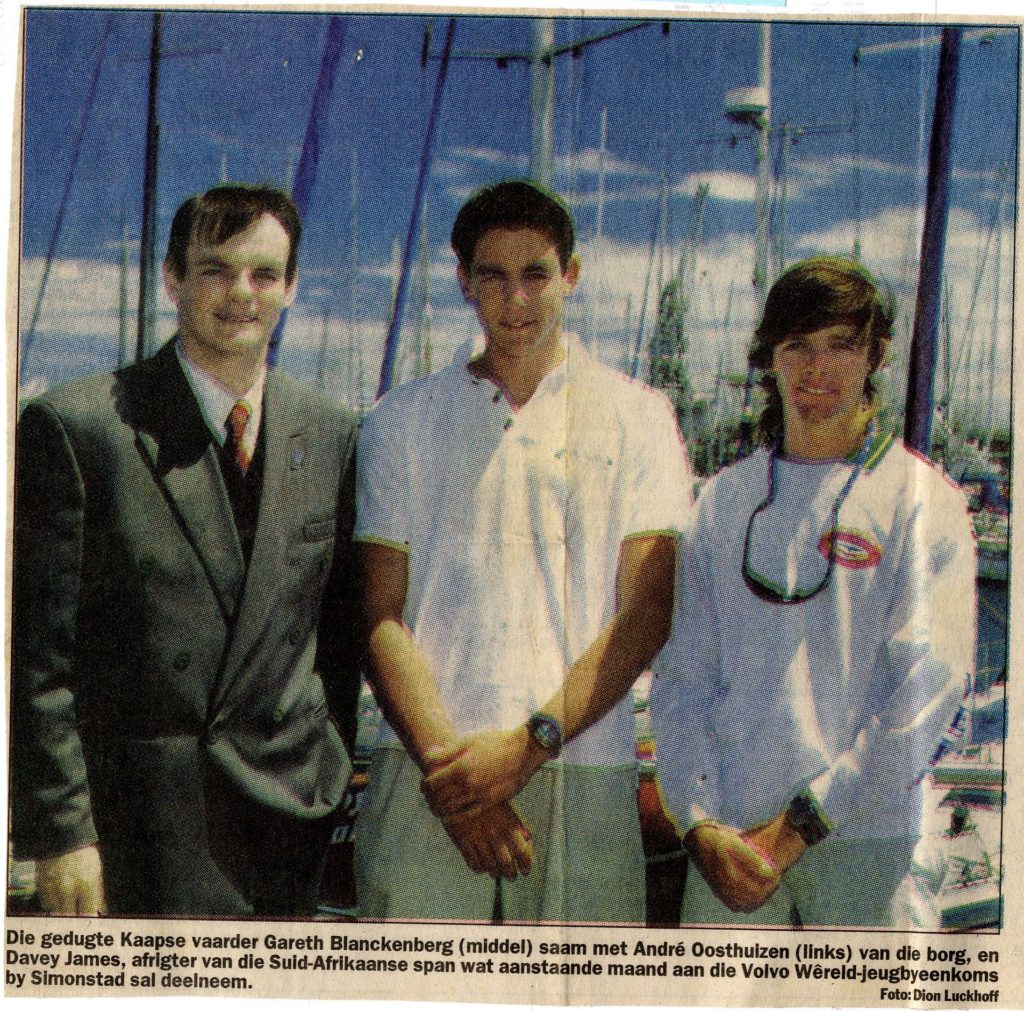 The chronic shortage of moorings in Durban was being addressed by the City, and was an on-going issue for decades!

The crew of the Danish sloop in the Whitbread Race was reduced to 1 litre of water per day for 3 weeks, with an adjacent report about a runner and a yacht to race each other.

John Martin was caching the leaders despite auto-pilot issues.

South Africa made a breakthrough in international yachting when Geoff Myburgh was elected to an IYRU committee.

A youthful team was off to the Volvo World Youth champs, and two Welsh youths were being given the opportunity of a lifetime.

Finally, the headline says it all – “Shosholoza’s Chances Dashed”.

1969. “Durban Yachting Report Soon”. A full report concerning the solution to the chronic shortage of mooring facilities for yachts in Durban harbour, is to be submitted to the City Engineer and Harbour Engineer shortly.
To read the full report, Click on the following LINK:  1969 11 20

1985. “Water Rationing for Sloop”. Diesel pollution in one of their six fresh-water tanks forced the crew of the Danish sloop ‘SAS Baia Viking’ – last of the 15 yachts to finish the Whitbread Round-the-World-Race – onto a strict ration of one litre of water a day for three weeks.
To read the full report, Click on the following LINK:  1985 11 20 816

1985. “Road Runner, Yacht to Race Each Other”. A Flying Dutchman took up a challenge thrown at him by a Flying Scot at the Royal Cape Yacht Club yesterday – and the stage has been set for a unique race this weekend between a veteran distance runner and a round-the-world racing yacht.
To read the full report, Click on the following LINK:  1985 11 20 816

1990. “SA Makes Yachting Breakthrough”. South Africa has achieved a breakthrough in international yachting.
To read the full report, Click on the following LINK:  1990 11 20 394 7

2000. “SA to Help Welsh Youths Get A Taste of Life At Sea”. Two Welsh youths have been given the opportunity to escape this year’s British winter and crew aboard a yacht competing in the biannual Governor’s Cup race from Cape Town to St Helena.
To read the full report, Click on the following LINK:  2000 11 20 524

2004. “Shosholoza’s Chances Dashed”. South Africa’s America’s Cup team Shosholoza lost three tough matches at the Swedish Match Tour’s Nippon Cup in Japan yesterday, which puts paid to their chances of going forward to the semi-finals which will be sailed today.
To read the full report, Click on the following LINK:  2004 11 20 750